Skip to main content
ATTN: The IB 49 may see minor delays near Van Ness and Post due to a Muni-involved collision. (More: 24 in last 48 hours)
Subscribe 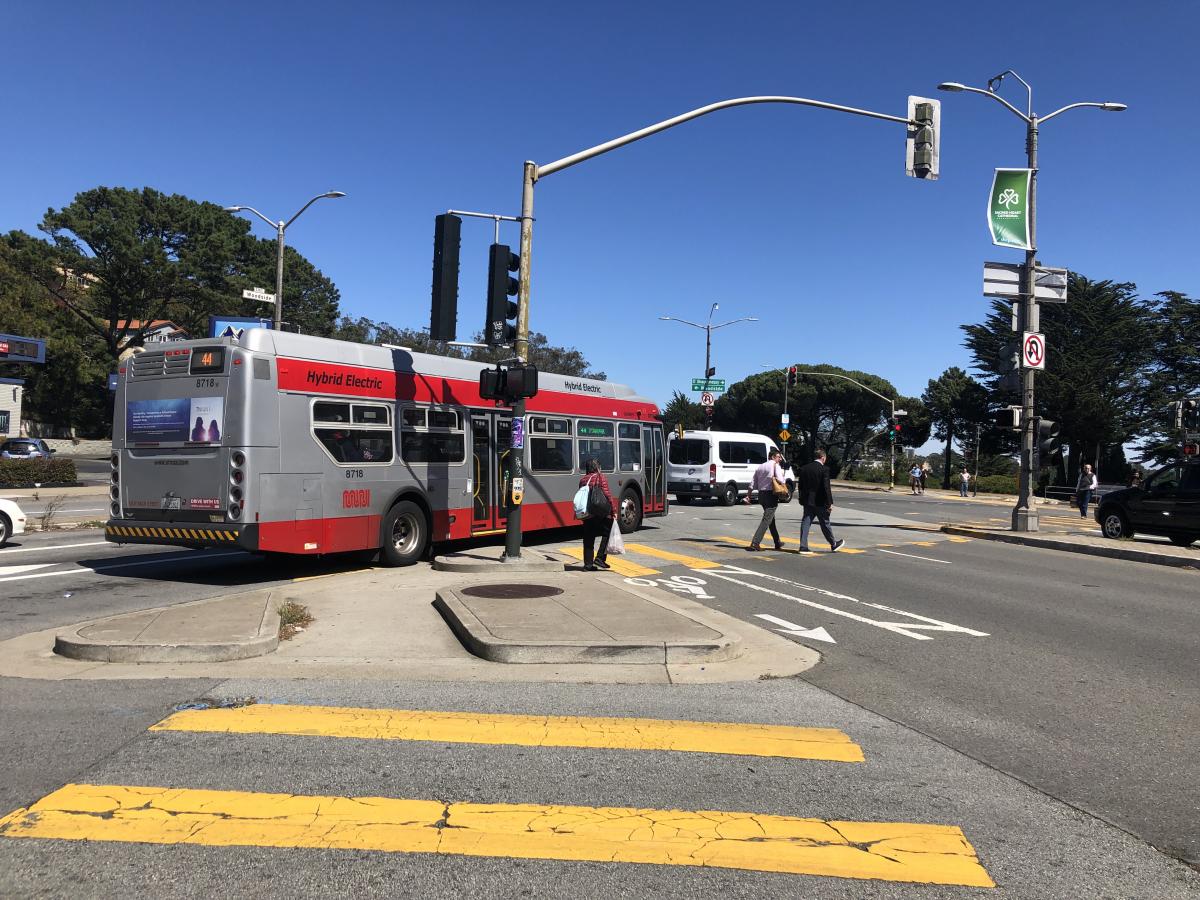 The SFMTA is taking an exciting new approach to reducing delay for Muni customers: We are improving the slowest spots in the Muni system, whether they are on our highest ridership routes or on less-ridden but essential connector routes. The Transit Delay Hot Spots program targets simple improvements where they can have the greatest impact, using data to identify hot spots where Muni encounters the greatest delays. Typically, the Muni Forward program focuses on longer corridor improvements that benefit our most heavily used Muni routes, such as the 5 Fulton, 14 Mission and 38 Geary. Now, in addition to improving service reliability on our highest-ridership routes, we are also targeting solutions for hot spots where customers experience the greatest delays, regardless of how many people ride the line.

Each annual round of hot spots identifies the ten slowest segments in the Muni system, looking at travel time between adjacent stops in the peak hours. On these ten segments, Muni buses slow to less than four miles per hour during the busiest times of day. By making quick and relatively minor adjustments to these short segments, we can help buses move more quickly, improving travel time and reliability on an entire route. Following implementation, the SFMTA will monitor travel times and community feedback and may modify the changes if needed. While the hot spot improvements are targeted, the transit time improvements will benefit customers on the entire route by improving reliability.

It's all part of the Transit Priority Quick-Build Program, which launched in February 2020 to bring more improvements faster to the Muni network.

The first round of Transit Delay Hot Spots were adopted by the SFMTA Board in February 2020, based on travel time data from 2019. After COVID-related delays in 2020, the program has resumed, and more improvements are on the way to the first round of hot spots, as described below. 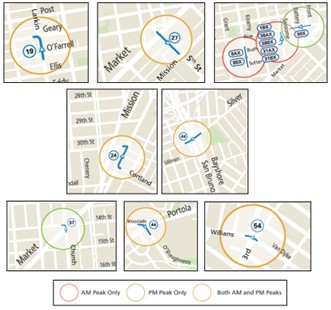