The mission of the SFMTA is to work together to plan, build, operate, regulate and maintain the transportation network, with our partners, to connect the community. This includes schools in our communities. Whether it's a school crossing guard at a nearby intersection or our Free Muni for Youth Program, the SFMTA plays a role in getting students to and from school.

The Safe Routes To School (SRTS) program was created to help to make walking and bicycling to school safer and more accessible for children, including those with disabilities, and to increase the number of children who choose to walk, bicycle, take public transit, or ride in parental carpools. SRTS programs enhance children’s health and well-being, and improve the daily life of all members of our community.

Engineering and capital improvements play a critical role in getting students to and from school safely. Our projects range from large capital improvements to requests made by community members.  A number of Vision Zero Capital Project improve safety for students by focusing on high-injury and transit corridors, such as 19th Avenue, Taraval Street, Folsom Street and Geary Boulevard. As for community requests, we respond to approximately 100 requests every year to address school safety through STOP signs, crosswalks, pedestrian safety initiatives, loading zones and others. In addition, about 84 percent of our 2015/2016 traffic calming applications are located within a quarter mile of a school. We are currently in the process of expanding our traffic calming program to focus more on schools, parks, and locations with high rate of vulnerable user crashes.

Muni provides service to close to 29,000 students boarding on an average day. Every middle and high school in the San Francisco Unified School District is served by at least one Muni route. There's even a special "school trippers" service, the supplemental Muni routes that begin after school hours and serve middle and high schools throughout the city. Learn more about Muni routes serving a city school near you and the "school trippers" service here.

The Free Muni for Youth Program began in March of 2013 by providing free Muni access to San Francisco’s youth (ages 5-17), living in households making less than the Bay Area Median Income. As of July 1, 2017, approximately 68 percent of the eligible youth population is San Francisco (~34,440 youth) are enrolled in this program. 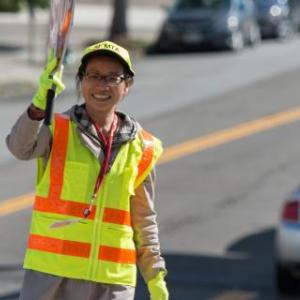 Adult School Crossing Guard Program Like to see a crossing guard at your intersection? Send us a request. 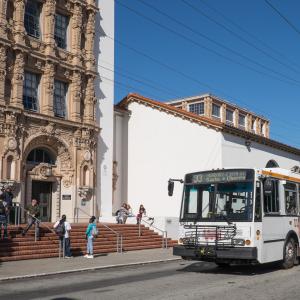 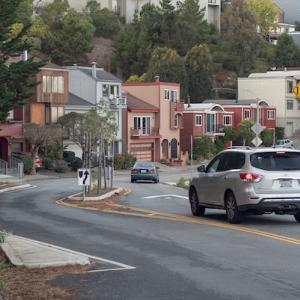 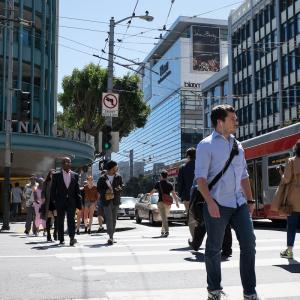 Jun
8-22
Virtual Open House for the Lake Merced Pedestrian Safety Project From June 8 to June 22 , we are hosting a virtual open house as one way to provide...
Jun
15
Board of Directors meeting, June 15, 2021 Due to the COVID-19 health emergency and to protect our Board members, SFMTA staff, and members of...
Jun
17
Van Ness Business Advisory Committee Meeting - June 17, 2021