On Wednesday, December 11 from 7:30 a.m. to 12 noon, the Annual GLIDE Church Holiday Grocery Giveaway will take place Downtown, providing food to those in need during the run up to the holiday season.

Streets will be closed for the event and Muni will reroute the 27 Bryant around the event area starting Tuesday evening.

To Russian Hill, the reroute will start at Ellis & Taylor, go right on Taylor, left on Geary, and right on Leavenworth to the regular route.

To The Mission, the reroute will start at Jones & O'Farrell, left on O'Farrell, right on Mason, and left on Eddy to the regular route. 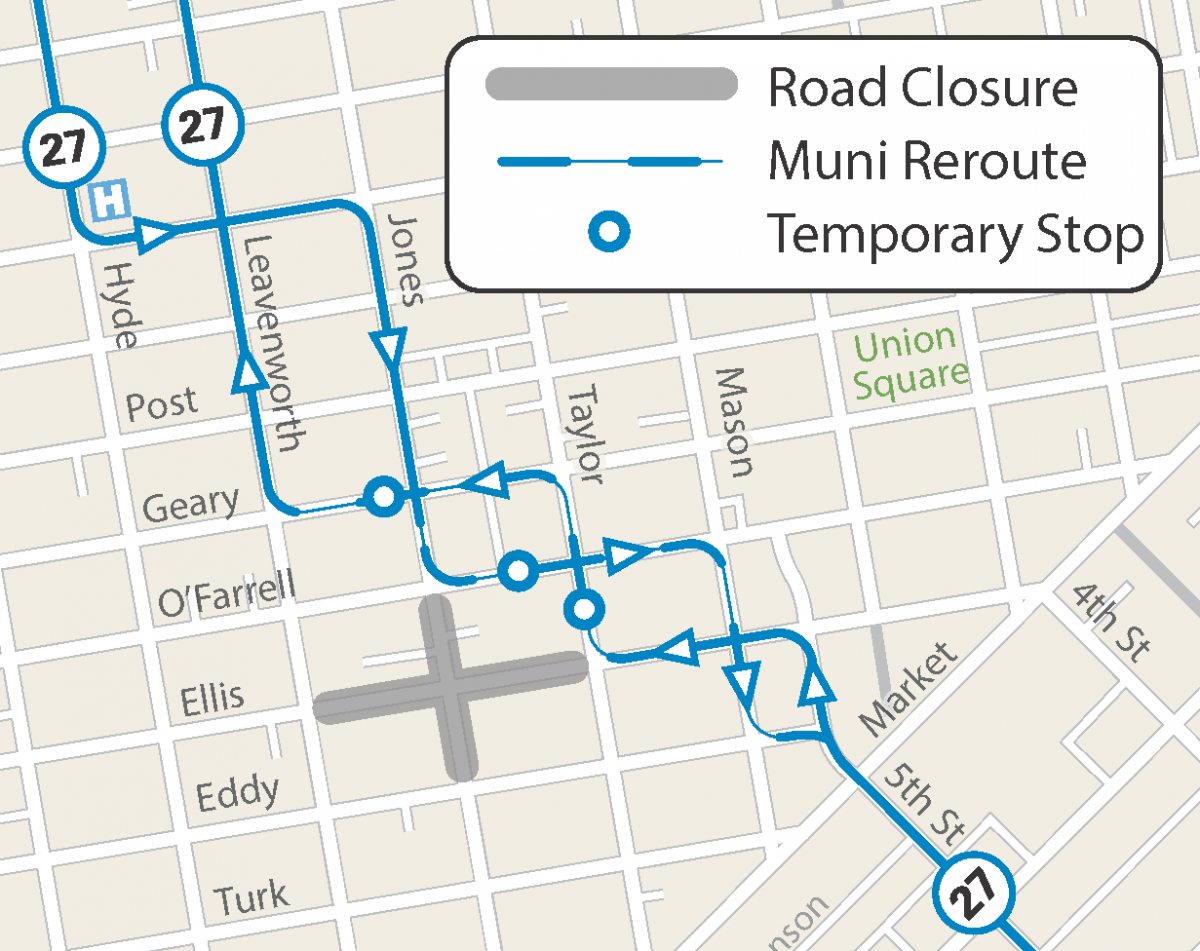