Update: As of Sunday, August 12, 2018, all Bay Area transit agencies are serving the Salesforce Transit Center, including the 25 Route.

Bus bays are on the Fremont side of the Bus Plaza, between Natoma and Minna.

This table describes where each route will board at the Bus Plaza.

This diagram shows where each route will board at the Bus Plaza. 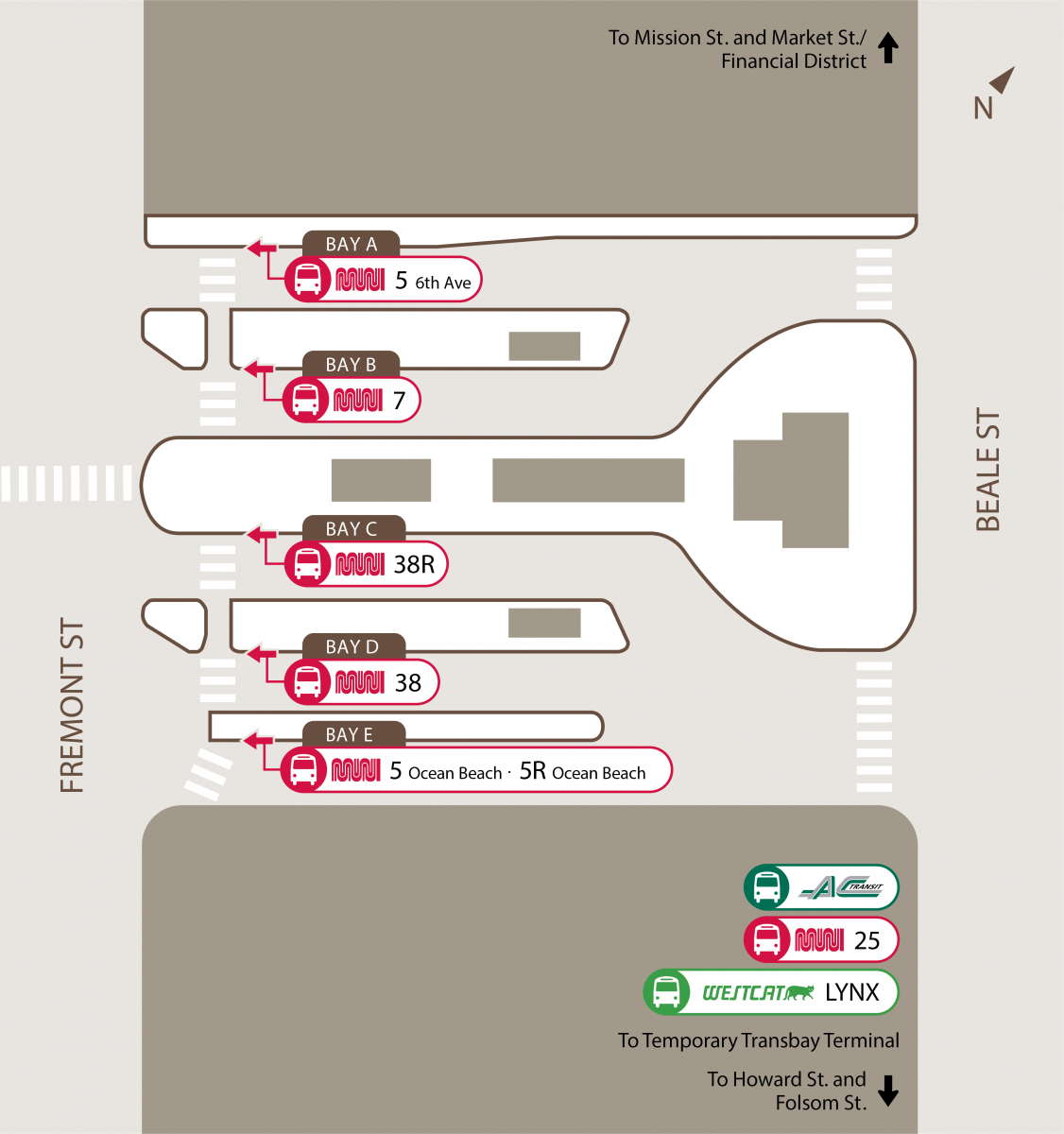 Transferring to the Temporary Terminal

The bus deck on the third level of the transit center is now open. The 25 Treasure Island, AC Transit, WestCAT and other transit agencies now serve the bus deck.

Dec
7-21
Transbay Howard Streetscape Improvement Project Virtual Open House From December 7 to 21, the SFMTA is hosting a virtual open house for the Transbay Howard...
Dec
13
Board of Directors special meeting, December 13, 2022 This meeting will be held in person at the location listed above. As authorized by California...
Dec
13
Reimagine Potrero Yard: Get To Know Potrero Neighborhood Collaborative and Pre-Application Meeting Since December 2017, the SFMTA has been meeting with stakeholders and city partners in pursuit of a...