The Salesforce Transit Center project is a major new regional transit hub just south of Mission Street between Second and Beale streets in downtown San Francisco. Phase One of the project connects the bus services of AC Transit, WestCAT, Greyhound and Amtrak Thruway bus service with Muni service in San Francisco. Phase Two of the project will bring in Caltrain train service from the peninsula and eventually California High Speed Rail trains from Southern California into an underground station. The multi-level building (four stories above grade and two below) includes a rooftop public park, retail space, bicycle parking and administrative offices.

Muni schedules for the Salesforce Transit Center are found on the Routes & Stops web page for each bus line:

The Salesforce Transit Center will become the “Grand Central Station” of the west, a fully integrated transit hub capable of getting people to any major destination in the region from one central location using only public transportation.

The major project elements include: 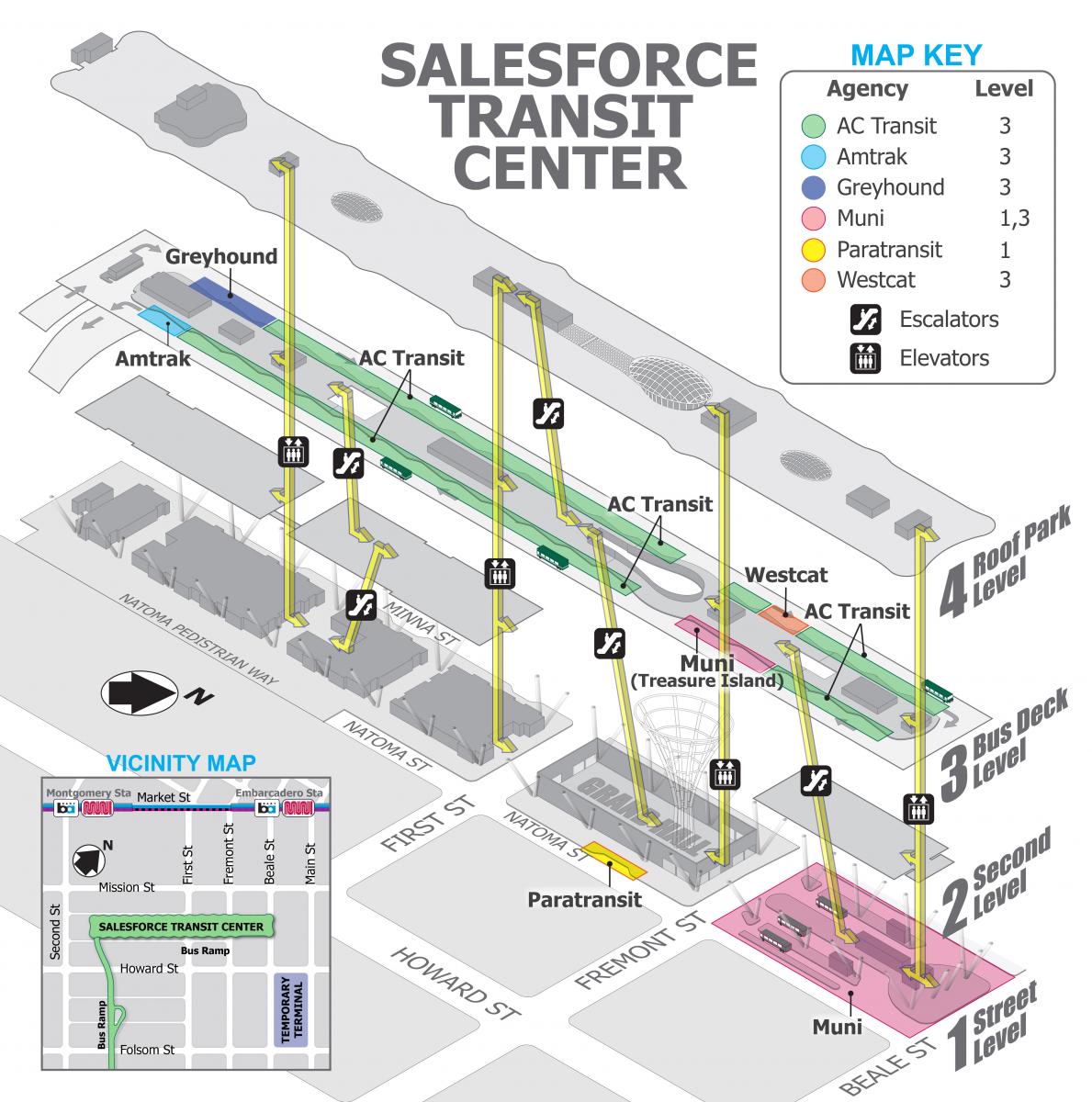 Partnering with the SFMTA

The Transbay Joint Powers Authority (TJPA) manages and operates the Salesforce Transit Center. As a partner agency, SFMTA provided technical support and design input for the project with transit power infrastructure for Muni buses and the design of the street level bus plaza. SFMTA traffic engineering has and will continue to help guide construction on city streets for necessary utility relocations and construction of the below grade train box.

The original Transbay Terminal at First and Mission streets, opened in 1939 and was a regional transit hub for over 60 years. It was closed in 2010 to make way for a new world-class transit center that will serve the region. While construction of the new Salesforce Transit Center took place, a Temporary Transbay Terminal served Muni and AC Transit for 8 years, ensuring our customers were able to continue traveling to and from the heart of downtown San Francisco from all over the region.

Check out the video from our partner TJPA about the history of the original Transbay Terminal and the design of the new Transit Center.

Funding for the project is provided through TJPA and includes federal grants, proceeds from the sale of state property in the area, loans and local (SF) sources. 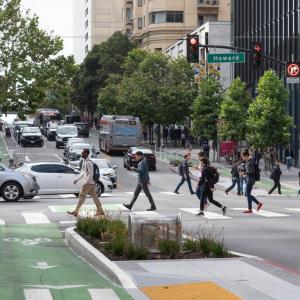