Tomorrow afternoon at 5:04 p.m. marks the 25-year anniversary of the 1989 Loma Prieta earthquake that rocked the San Francisco Bay Area. Today's #throwbackthursday takes a look through Muni's lens in the days following that quake. By and large, San Francisco's transit system held up remarkably well, especially compared to the destruction in the Marina District (built largely on loose fill for the 1915 Panama-Pacific International Exposition and partly on rubble from the 1906 quake).

One notable piece of transportation infrastructure that suffered damage from the quake was the Bay Bridge, shutting it and the Embarcadero Skyway down. Due to weaknesses made clear by the earthquake and a longstanding battle against it, the Skyway was eventually torn down in the early 1990s. The Embarcadero as we know it today eventually took shape in its shadow as a wide, open boulevard where transit, traffic, cyclists and pedestrians all travel along the waterfront. 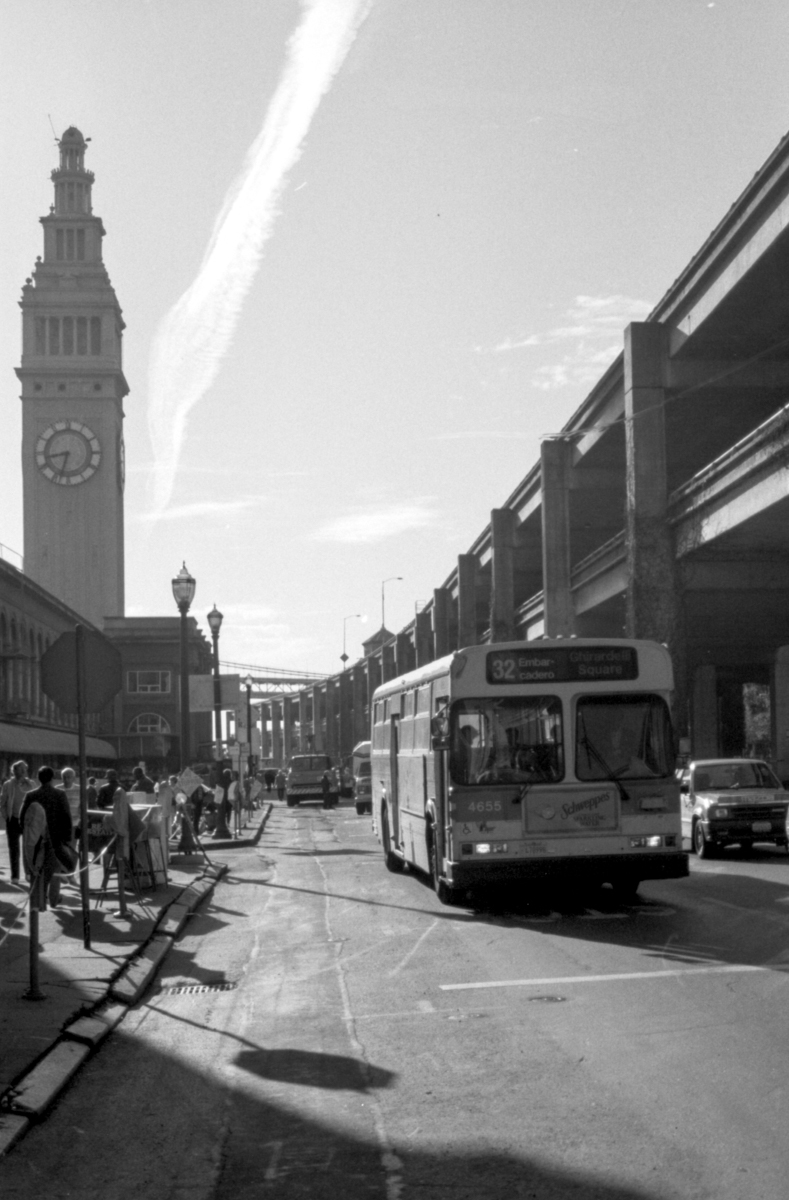 In the days following the quake, Muni stepped up special service for commuters travelling to SF by ferry and provided street-level support for people looking to make their transit connections. 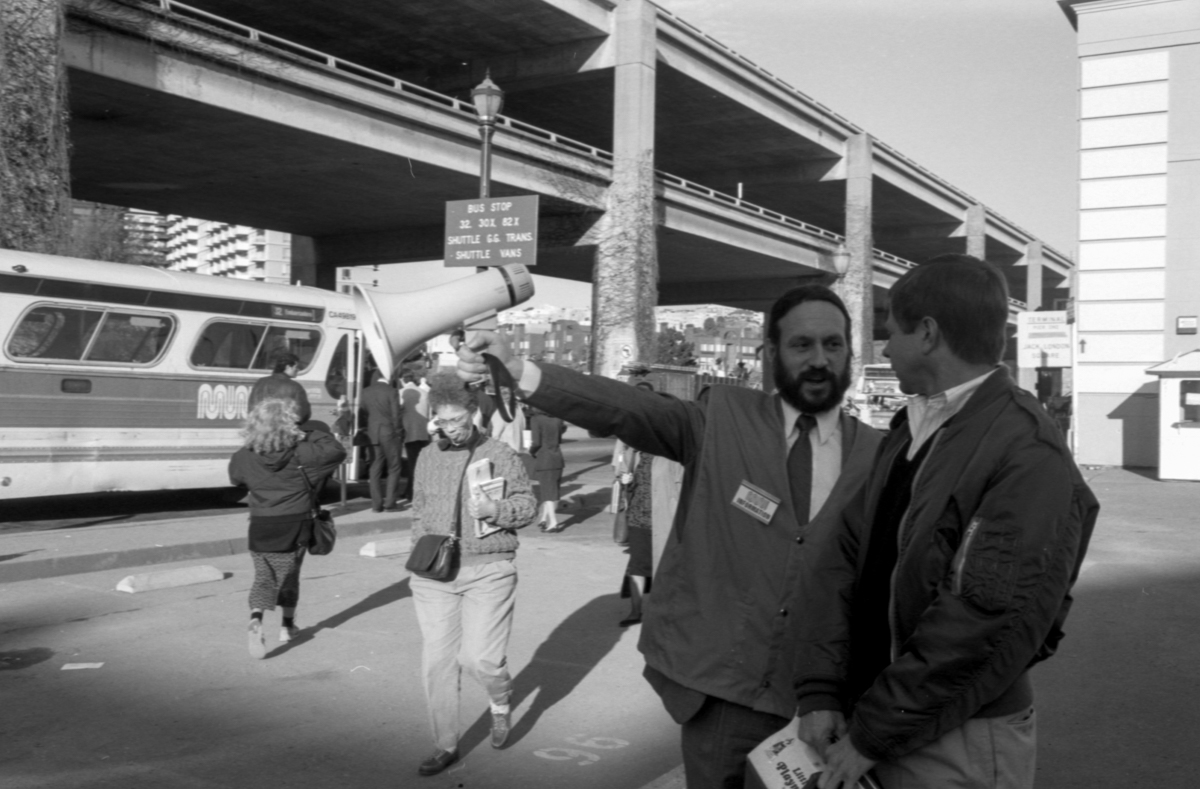 Just one month later, the Bay Bridge reopened after CalTrans replaced a collapsed section.  This shot shows the celebration of the reopening and a handful of the thousands turned out to walk the span. Muni provided special shuttle bus service out to Yerba Buena Island for people to then walk on the Eastern span. 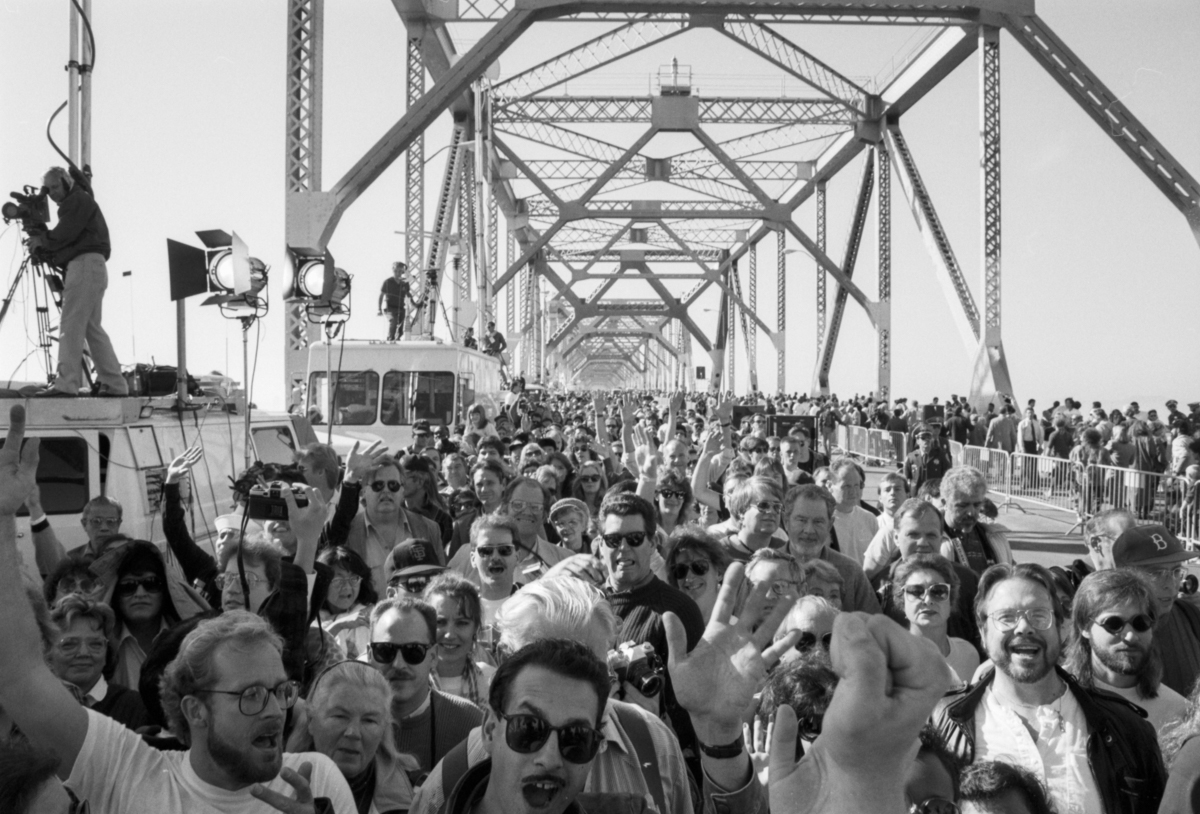 For more information about earthquake and emergency preparedness, please visit the blog by our friends at the city’s Department of Emergency Management and their preparedness guide at sf72.org.