Skip to main content
HeadsUp: The Kaiser Permanente @sfhalfmarathon & 5K is this Sunday, 8am. The 18, 33, 43 & 44 will have reroutes near @GoldenGatePark. #KPSFhalfmarathon https://t.co/3zAOVBmI6e https://t.co/EIXWa8Sbiu (More: 28 in last 48 hours)
Subscribe

This week, SFMTA crews started work to create a better, safer bikeway on 13th Street from Bryant to Folsom. The work is done in support of Vision Zero, the city’s goal to eliminate all traffic deaths by 2024.

When the project is done we’ll have a new westbound bikeway that protects people biking and people driving by putting a parking lane between them. 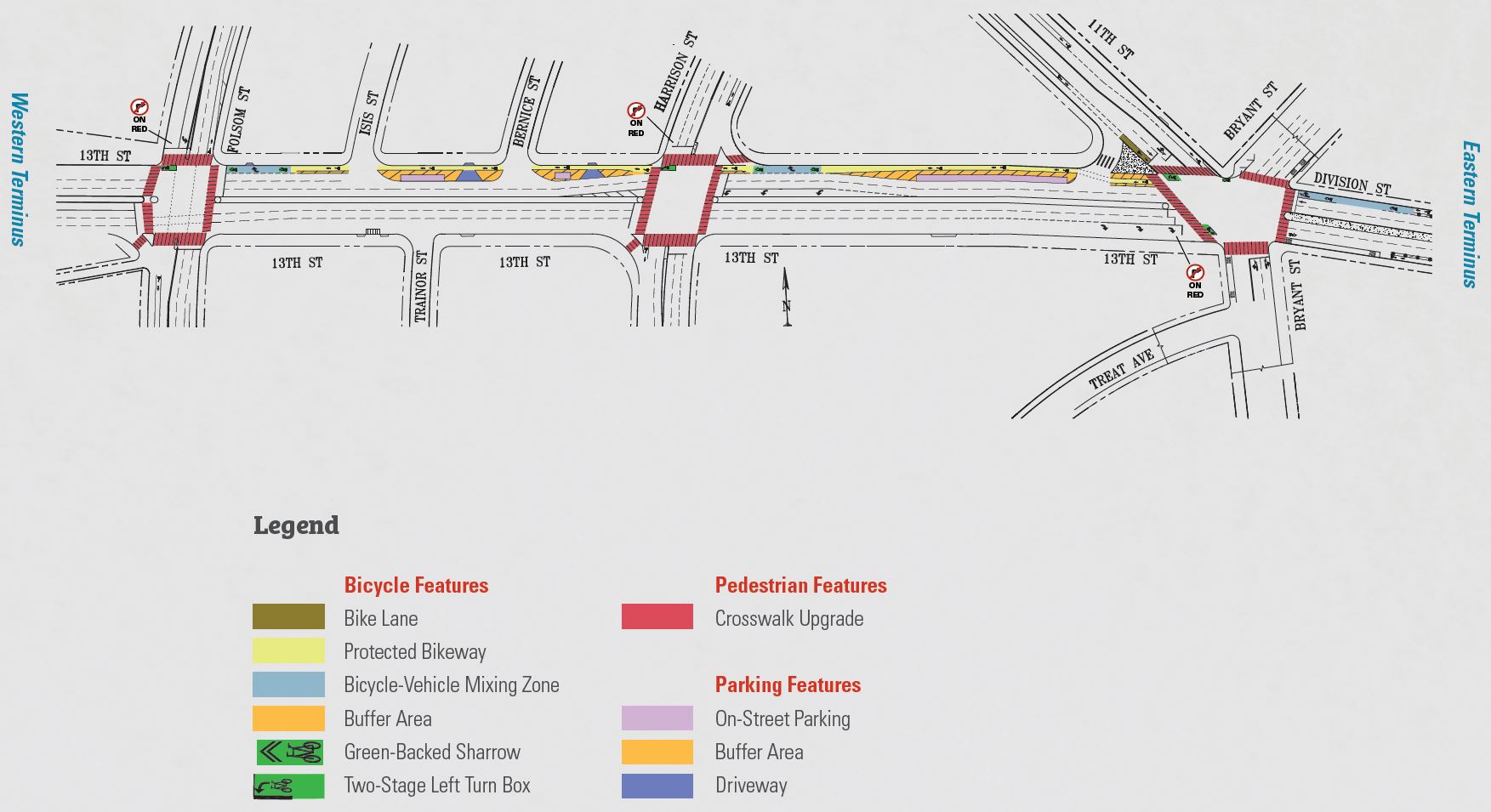 When you ride in or drive next to a bike lane like this one, known as a “parking-protected bike lane,” the benefits are very apparent. To name a few: both bikes and cars have their own space, double-parking is prevented, and the risk of “dooring,” or a bicyclist being hit by a car door opening, is lower.

But specific to 13th Street, there are a few key reasons why the corridor needs a parking-protected bikeway:

In a recent five-year period, there were 107 collisions along the Division/13th Street corridor, including two traffic deaths. The corridor is among the 12 percent of San Francisco streets where more than 70 percent of severe and fatal traffic injuries occur. Safer street design will help prevent further loss.

Bicycling is playing an increasingly important role in our city, but we still have a long way to go before people from age 8 to age 80 feel comfortable riding a bike on city streets. On an average day, there are more than 70,000 bike trips taken in San Francisco—just 10 percent of the average daily trips on Muni.  Many more people would ride a bike regularly if it were safer and easier. 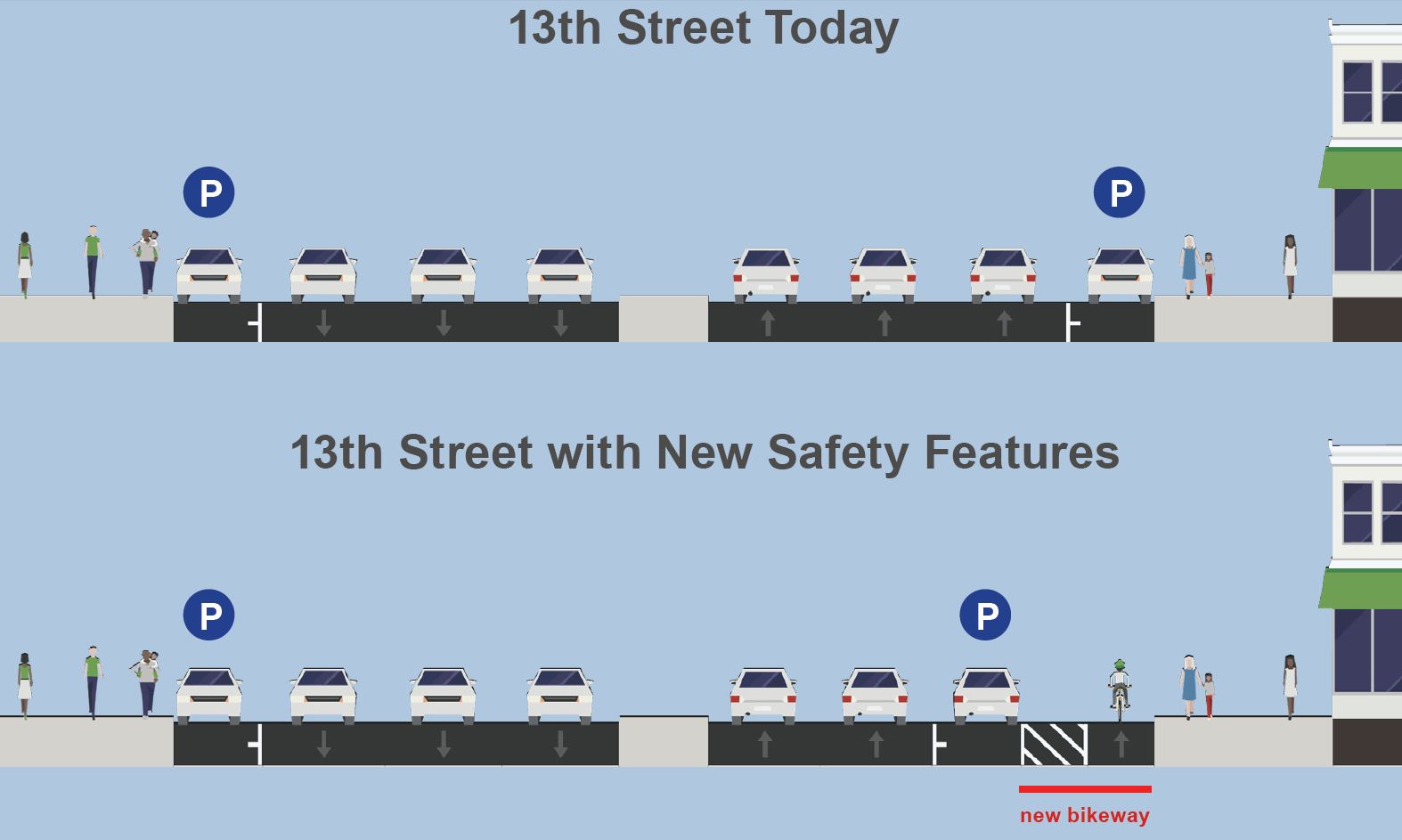 The better bikeway coming to 13th Street won’t just create a safer street for people walking and biking on it today, it’ll help more people see this street as one they can (and want to) bike on tomorrow.