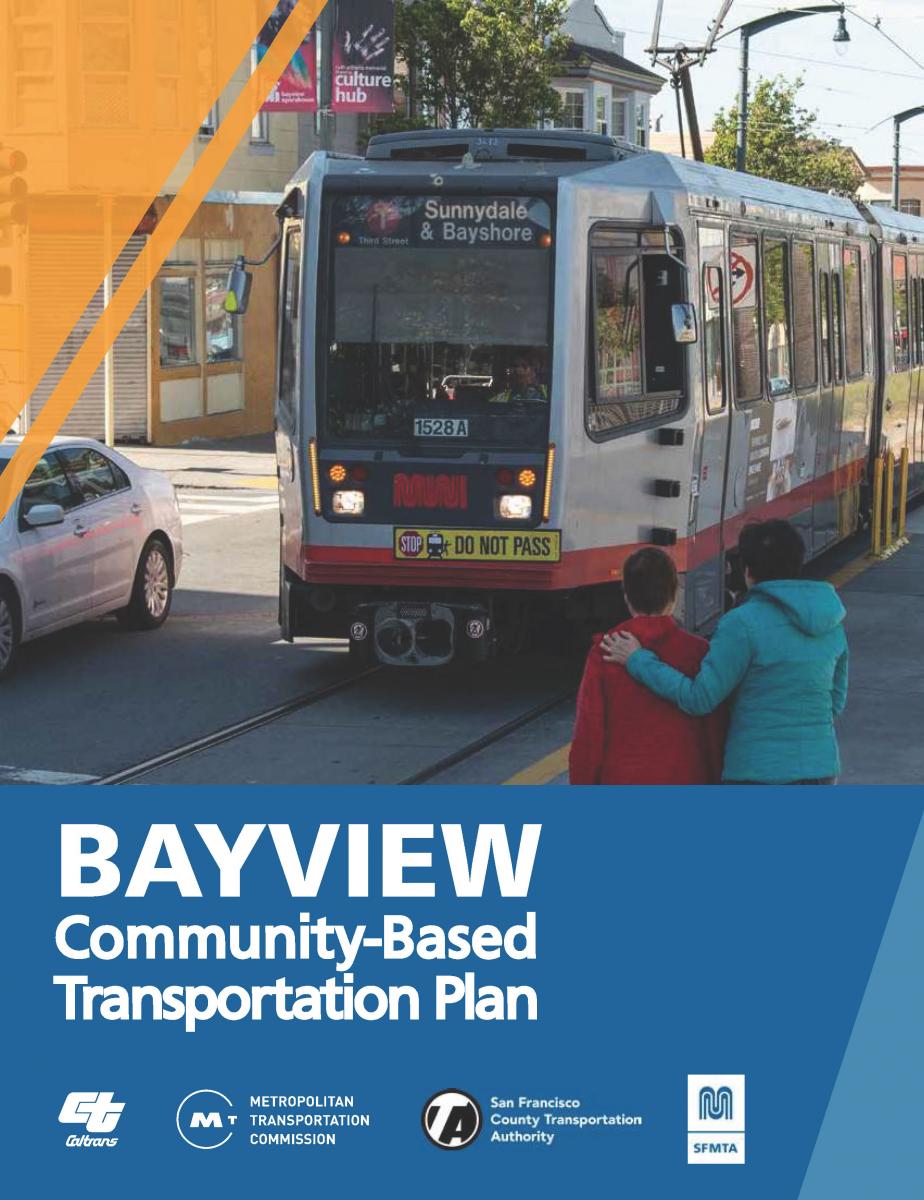 The Bayview CBTP gives voice to the needs of that culturally rich and resilient community which has faced a legacy of institutional and environmental racism. During a two-year open-ended planning process, the SFMTA partnered with five community-based organizations to develop a responsive and actionable plan that directly responds to the transportation needs, challenges, and values of Bayview’s residents.

Some of highlights from the plan:

In the 16 months since the Bayview CBTP was adopted, the SFMTA has already delivered on many of our promises to the Bayview community, including:

The SFMTA would like to thank District 10 Supervisors Malia Cohen and Shamann Walton, as well as our funding partners: Caltrans, who supplied the Sustainable Transportation Planning Grant that funded the Bayview CBTP; the San Francisco County Transportation Authority, which contributed about $3 million in half-cent transportation sales tax funds for the local match grant requirement and capital investments identified in the CBTP; and the Metropolitan Transportation Commission, which funded projects through Participatory Budgeting with a $600,000 grant from their Lifeline Transportation Program.

Over 50 years ago, APA’s National Planning Awards program was established to recognize outstanding planning efforts that help lead communities forward to a stronger, more equitable, and sustainable future. Since 2014, five San Francisco organizations and/or projects have been awarded, with this year marking the first time that the SFTMA has!