A key part to operating a transportation network as complex as ours boils down to maintaining the infrastructure that the system runs on. This week's photo takes us to Market Street, our City's core thoroughfare that has been built and rebuilt time and time again. 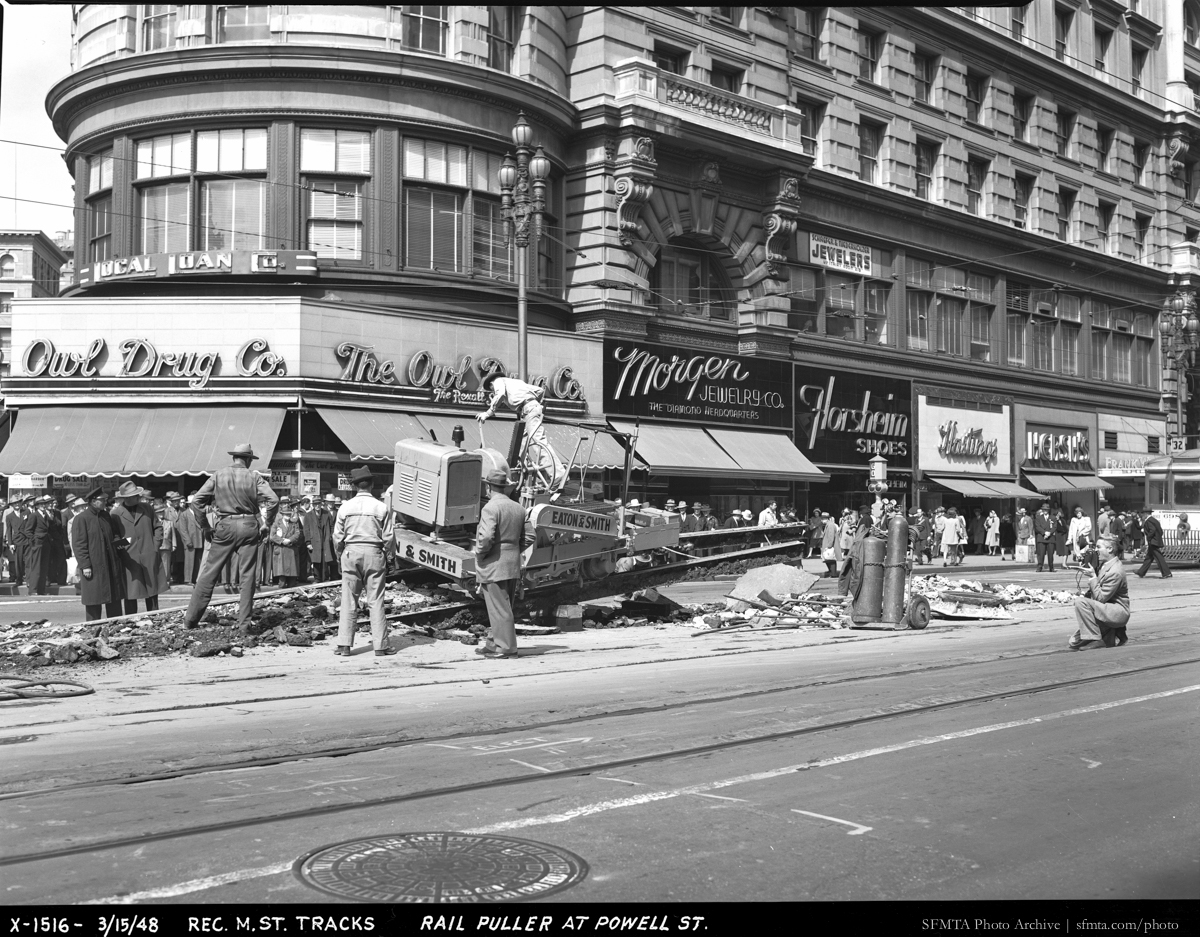 The "rail puller" seen here was used to literally pull tracks out of the street. From what can be seen in the photo, this machine would clamp to both tracks and drive a ram against the ground on one side to pull them out of the asphalt.  Heavy equipment like this saved considerable excavation by machine or as in the old days, handwork with pick axes and shovels.

For the architecture nerds out there, yep that's the Flood Building in the background, just a few years before it was on the verge of being torn down by the Woolworth's company to build their new store and headquarters. Luckily, the building survived with only a remodel by Woolworth's (in part due to the US Defense Department renting out office space).

Note the man in the street to the right, snapping a photograph on his 4x5" press camera. This camera is very similar to the camera that Muni Head Photographer Marshall Moxom used to shoot this image and thousands of others over his 30+ year career.