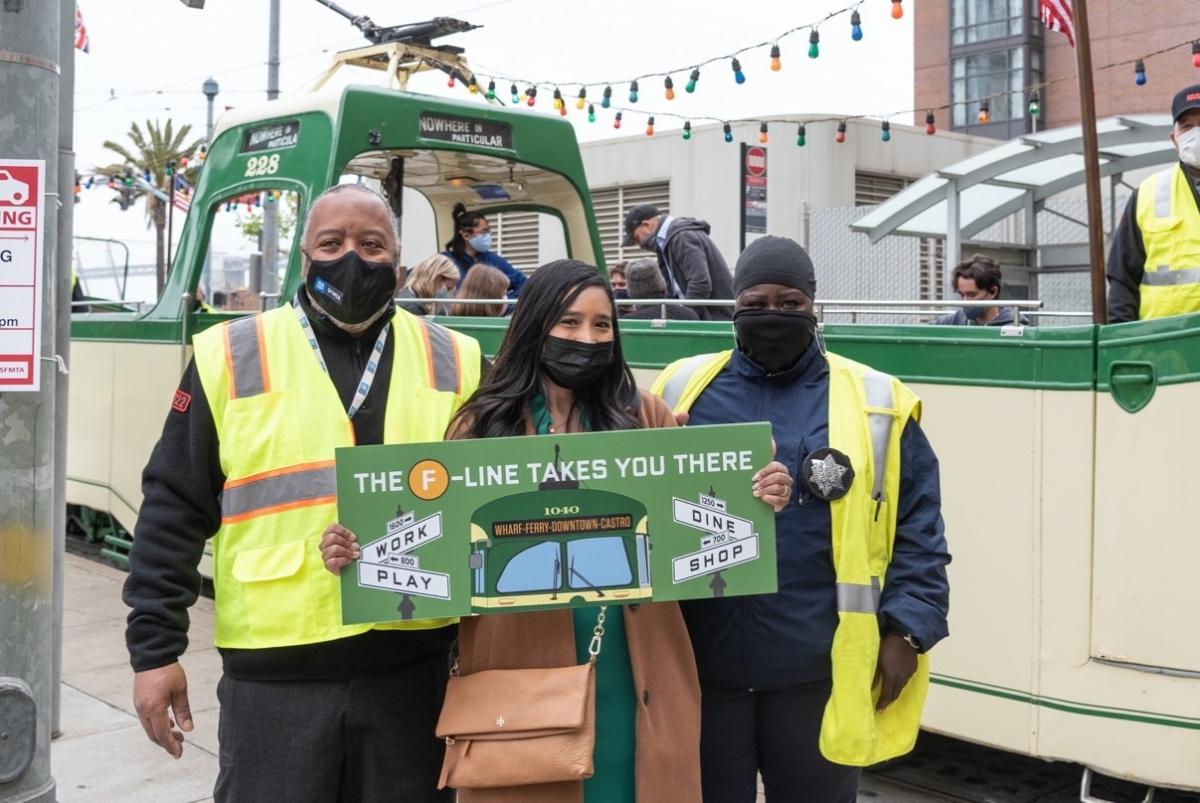 Beginning June 26, the hours of operation for F Market & Wharves historic streetcars will be extended daily to run from 7 a.m. to 10 p.m. in order to support San Francisco’s economic recovery and reopening.

This increase in service is based on feedback from streetcar operators and key stakeholders who worked closely with the SFMTA earlier this year to determine initial hours of operation that would support small businesses along Market Street and the Embarcadero.

Last May, the F Wharves-Market was welcomed back by Mayor London Breed, the San Francisco Board of Supervisors and the SFMTA Board of Directors at a small celebration near the Ferry Building. Director Tumlin was in attendance to make the announcement about the return of historical streetcars and other May 15 service changes, including the reopening of Muni Metro stations.

While Better Market Street construction is still under review, the project team has been developing a plan to run the F Market & Wharves full route. A combination of historic streetcar and bus shuttle service would limit impacts once construction begins.