Skip to main content
HeadsUp: Starting tonight at 11pm until 5am the eastbound off ramp onto #TreasureIsland will be closed due to https://t.co/vZEy3I954j (More: 3 in last 48 hours)
Subscribe
On Tap 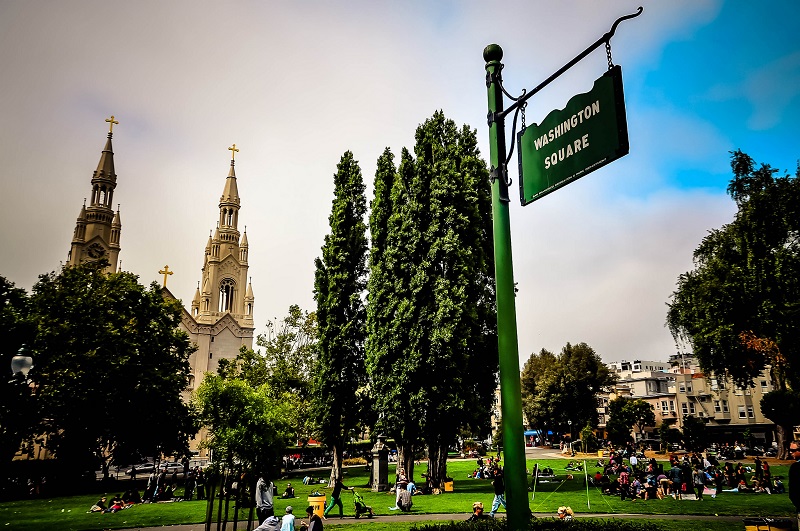 Enjoy all North Beach has to offer this weekend, including beautiful Washington Square Park, during the North Beach Festival. Photo: Spiros Vathis/Flickr

Saturday, 11 am to 6 pm
Fillmore District

Fillmore Street is famous for its shops and restaurants and this Saturday it will be even more lively during the 56th annual Juneteenth Festival, celebrating the abolition of slavery in the United States. The festival features live music from multiple genres, a car show, job fair, fashion show, children's events and a parade that begins at 11 AM. The festival takes place on Fillmore Street between Post and Turk streets.

Muni Service Notes: The 22 Fillmore will have a reroute while the 5, 31, 38 and 38R may see increased ridership and some minor delays in the area of the festival.

Saturday and Sunday, 10 am to 6 pm
North Beach

Widely considered to be one of the nation's original outdoor festivals, the North Beach Festival returns for its 64th year this weekend. Bounded on three sides by Columbus Avenue, Filbert Street and Grant Avenue, the festival takes place in the heart of the North Beach neighborhood and will feature over 125 booths for arts and crafts, gourmet food, two live music stages, beer and wine gardens and much more. A rain or shine event (with shine being the prominent forecast for the entire weekend!) the North Beach Festival is fun for all ages.

Muni Service Notes: The 8 Bayshore will have a reroute while the other routes may see increased ridership and some minor delays in the vicinity of the festival.

Starting this Monday, June 18, the latest round of Muni Forward service changes go into effect on the 1AX/BX, 8AX/BX, 9R, N Judah and T Third. Also starting on Monday, the 5, 5R, 7, 38 and 38R will begin service to the new Salesforce Transit Center Bus Plaza.