Skip to main content
ATTN: Report of an intruder in the tunnel btwn Powell and Montgomery. Expect delays and slow moving IB/OB https://t.co/OqjfprBJuB (More: 28 in last 48 hours)
Subscribe
#TBT

On the southeast corner of Geneva and San Jose avenues, an intersection of broad streets crisscrossed by a web of light rail tracks, sits a once-grand Victorian building marked by a distinctive round corner turret.

The Geneva Car House has been a part of local transit, labor, and architectural history for over 115 years. The building, which sits across from the Balboa Park Muni/BART Station, provides a clue to the intersection’s significance in transit history. 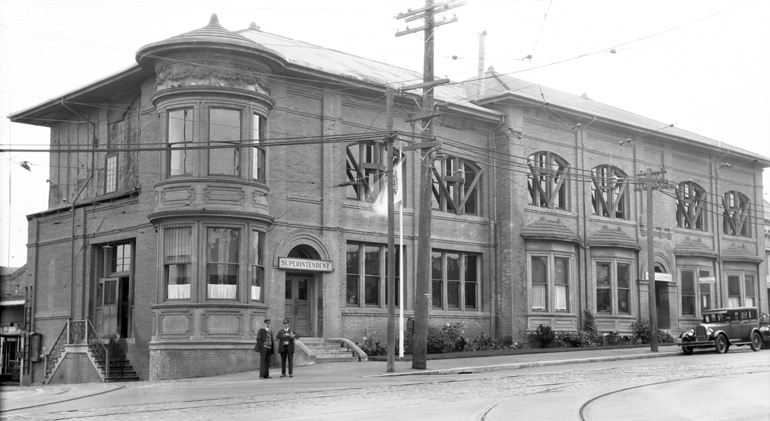 The Geneva Car House in 1928, as seen from the northwest corner of Geneva and San Jose Avenues.

The Romanesque style red brick office building was built in 1901 as part of an operations complex for one of San Francisco’s first electric streetcar lines, the San Francisco and San Mateo Electric Railway Company. At this time, the city's transit system was dominated by cable cars and the area surrounding the car house was largely dirt roads and fields.

The Balboa Park neighborhood was a transit hub long before the existence of BART and Muni Metro, as it already had a stop for the Southern Pacific Railroad line at almost the exact same spot as the present-day BART station since the 1800s. The Southern Pacific line followed the route of today’s I-280 freeway through this part of town.

As a building with over one hundred years of history, the Geneva Car House has its share of unusual stories. Although the building mostly survived the 1906 Earthquake intact, damage from the “Great Shake” is still visible on the building’s northern brick wall. Its overall sturdiness is a credit to its designers, architects James and Merritt Reid, who contributed to a long list of famous local buildings including the Cliff House, the New Mission and Balboa theaters and the Fairmont Hotel.

Another surprising relic is the car house’s “door to nowhere,” a second-story door that opens out to a sheer drop to the rail yard below. 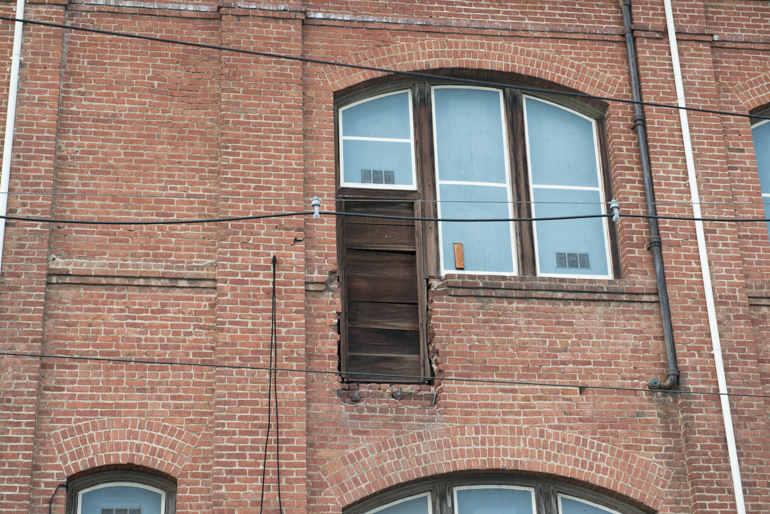 This image shows the eastern side of the Geneva Car House from a point of view inside the rail yard. The lower half of the left window pane was converted to a wooden door known as the "door to nowhere."

The "door to nowhere” is a leftover from the upheaval of the 1917 United Railroads strike. The second-floor doorway was installed along with a long-gone, temporary wooden stairway to allow strikebreakers to spend the night at the car house and sneak down to the streetcar barn and start up streetcars without being detected by protesting strikers.

Today, the Geneva Car House is located amid two SFMTA projects to improve rail and pedestrian infrastructure at the Geneva and San Jose Avenue intersection and in the larger Balboa Park Station area.

The stately old car house, a San Francisco landmark listed on the National Register as a “historic place,” is now the focus of a collaborative fundraising effort by the SF Recreation and Parks Department and the Friends of the Geneva Office Building, a non-profit organization. The project’s leaders envision a future in which Geneva Car house is a shared community space for performances, learning and art.