Skip to main content
HeadsUp: This Monday, 5/30, is #MemorialDay. #SFMuni svc will operate on a Sunday schedule. Parking meters and nigh https://t.co/aL1TTZKs2Z (More: 24 in last 48 hours)
Subscribe
History in Motion

In our July 21 #TBT post, we dug into the story of the Rome, a buried ship that Muni Metro riders pass through every day. This week, we’ll shed a little more light on the discovery of the ship during the construction of the Muni Metro Turnback Project (MMTP). 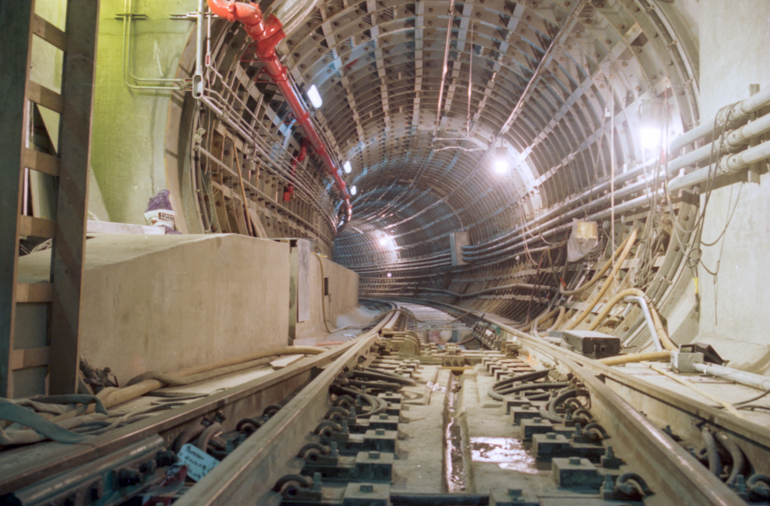 A view inside outbound Muni Metro Tunnel curve track, which travels through hull of Rome. This photo was taken during the final phase of Muni Metro Turnback Project on September 4, 1996.

The Rome was found in December 1994 by crews working to extend the Muni Metro tunnel from Embarcadero Station to the street level along the eastern waterfront. Before work began, it was suspected that this or another ship, the Othello, may lie in the project area, but the locations of these long-buried vessels were unknown.

The photo above, taken during the final stages of the MMTP in September 1996, shows the section of curve track that was tunneled through the Rome. Based on the position of the photographer and the description in the archaeology report, the ship would be located approximately at the farthest point of the curve seen here.

Outbound trains on the N Judah and K Ingleside / T Third lines travel through this section on their way from Folsom Street to Embarcadero Station, directly beneath the bocce ball courts in Justin Herman Plaza. 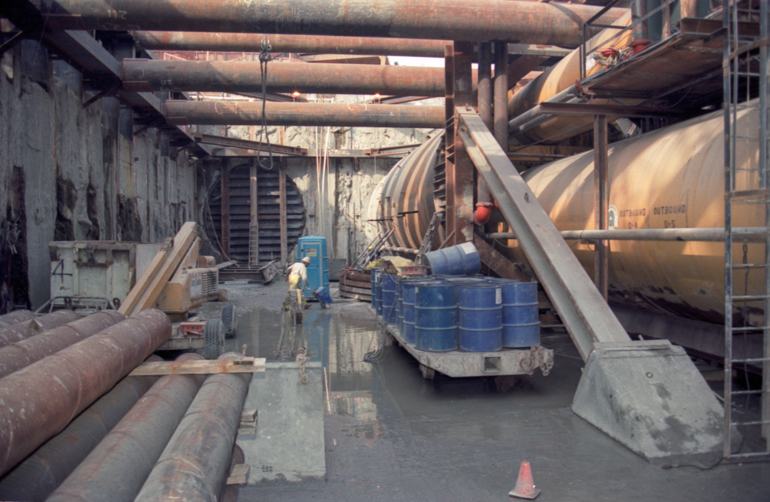 A view of the Muni Metro Turnback construction showing the entrances to the inbound and outbound tunnels. To the right is the outbound tunneling machine and airlock. Photo taken January 18, 1995.

The excavation of the MMTP was complex and slow due to the muddy nature of the unconsolidated fill in the area. The entire tunneling effort took place in a cramped, pressurized work space and workers had to laboriously dig out the muck through 10-inch wide openings in the retaining walls that were used to keep fill from flowing into the work chamber.

When the Rome’s forward hull was encountered, it spanned the width of the tunnel, which allowed for the retaining walls to be removed, and for archeologists to take photos and remove pieces for analysis. However, it was nearly impossible for any substantial portions of the ship to be brought to the surface intact. 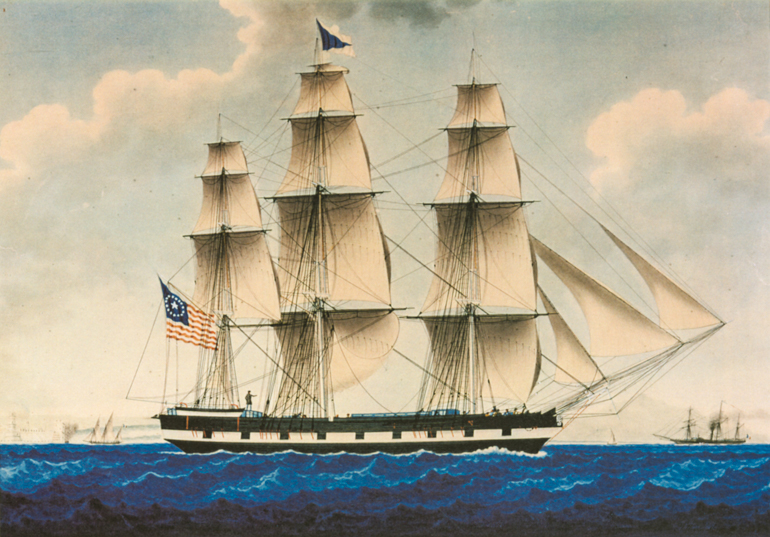 In the end, archaeologists recovered only a handful of artifacts from the bowels of the Rome (mainly structural fragments and fasteners used in the ship's construction). However, combining these artifacts with historical documents and accounts, they were able to piece together the ship’s story, which became intertwined with the historical and physical makeup of our city.

So the next time you're rounding the curve into Embarcadero Station, you can reflect on the fact that for a brief moment, you'll be simultaneously inside a 20th-century train and a 19th-century ship.