The Giants Are Back in Town

In just over a week, on April 7, San Francisco will celebrate one of its favorite occasions — Giants Opening Day. This week, in a separate match-up, the Giants will host the Oakland Athletics for two pre-season games at AT&T park.

With the start of baseball season comes planning for getting to and from SF's beautiful ballpark. 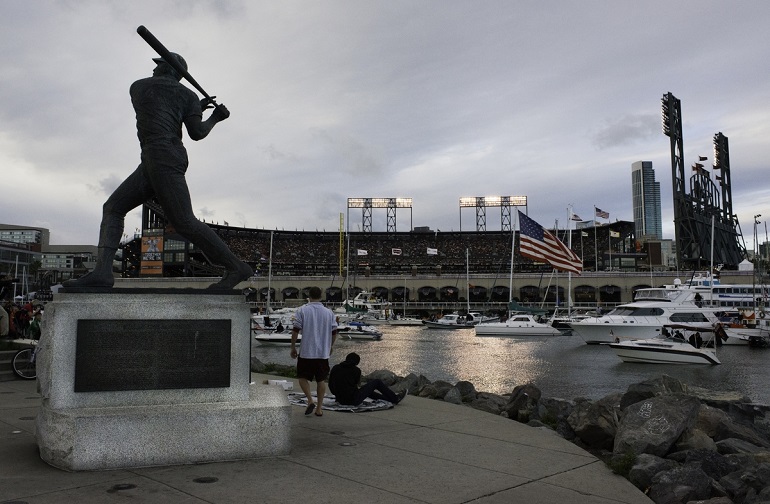 As in previous years, there are many choices for travel during baseball season — designed to facilitate safe, timely and reliable service to and from the ballpark and beyond.

Baseball fans transferring from BART may purchase round trip Muni transfer tickets at the Embarcadero Station three hours prior to the start time of the game.

One-way Muni transfers can be purchased at the AT&T Park ticket windows located at 2nd and King streets and Willie Mays Plaza. Transfers will be sold from two hours before the game until the game begins, and again from the beginning of the 7th inning until 30 minutes after the game.

SFMTA Parking Control Officers (PCOs) will help fans get to and from the game. Prior to each game, these PCOs are deployed to key locations around the ballpark to facilitate pedestrian safety, efficient movement of transit vehicles and other traffic.

More details about Muni service to AT&T Park, including connections from other Bay Area transit systems, can be found at www.sfmta.com. Regional transit information for BART, Caltrain and the ferries as well as traffic is available at www.511.org.

Weekday games often end near the afternoon commute. On those days, expect heavier traffic on freeways and streets near AT&T Park and on all approaches to the Bay Bridge. The games listed below will most likely experience heavy traffic for the evening commute.

To see a complete schedule of Giants games please refer to the Giants season schedule.

A map showing alternate post-game routes from AT&T parking lots is available on the Giants’ website at www.sanfrancisco.giants.mlb.com.

The San Francisco Bicycle Coalition operates a secure bike parking facility at AT&T Park. Bicycle parking is located on the south side of the ballpark, along the Port Walk, and opens two hours before every game and closes 30 minutes after each game.

Parking meters on blocks near the ballpark are in operation during most games. Meters within walking distance of the ballpark operate until 10pm Monday to Saturday, and noon to 6pm on Sundays, and are priced at $3, $5 or $7/hour during events, with higher rates in closer proximity to the ballpark. The parking meters near the ballpark have a four hour time limit or longer and accept credit cards and cell phone payment, in addition to coin and the SFMTA parking card. For more details, please visit www.sfpark.org.