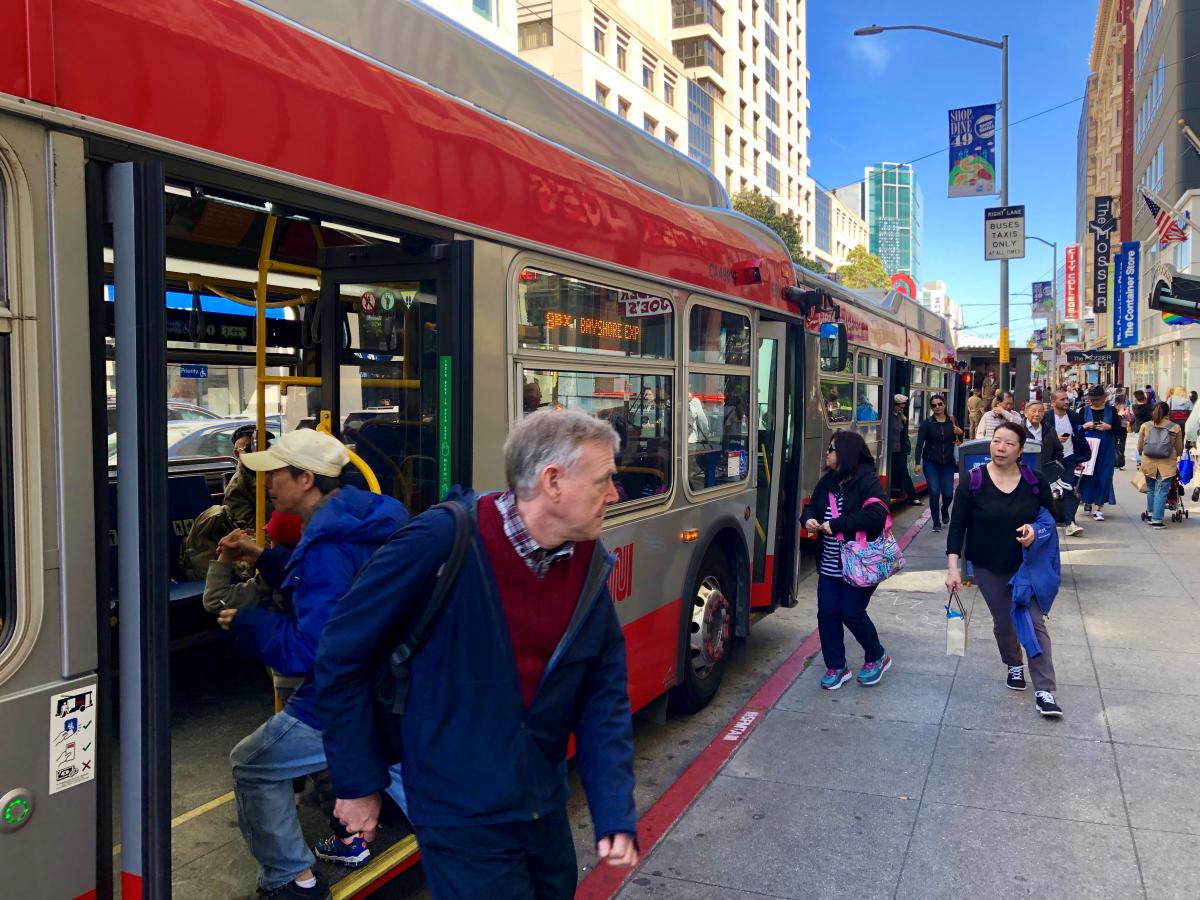 With nearly 40 buses per hour at peak times, 4th Street is one of San Francisco’s major transit corridors. The 4th Street Transit Improvement Project is planning improvements on the corridor to benefit five of Muni’s busiest bus lines. These routes, including the 8 Bayshore, 8AX and 8BX Bayshore Express, 30 Stockton and 45 Union/Stockton, provide connections for an average of nearly 70,000 weekday customers to Caltrain and the Chinatown, SoMa and Visitacion Valley neighborhoods, among others.

The 4th Street Transit Improvement Project is part of Muni Forward’s system-wide approach to transit priority improvements and complements changes being implemented on 3rd Street as part of the 3rd Street Transit and Safety Project. Taken together, these projects should substantially reduce transit delay on 3rd and 4th streets in SoMa for thousands of daily customers.

For more than six years, 4th Street has been temporarily reconfigured to accommodate construction of the SFMTA Central Subway project under the street. With construction equipment removed from the roadway in late August, 4th Street is now ready for improvements.

See the diagram below for the proposed design of 4th Street approaching Howard.

The 4th Street Transit Improvement Project will be presented to the SFMTA Board of Directors for approval on Tuesday, October 1, 2019. If you would like to comment on the proposed changes, you may attend the SFMTA Board Meeting or file your comments in writing before the hearing.