Share this: FacebookTwitterEmail
By
Aaron Bialick (no longer with the SFMTA)
Wednesday, August 9, 2017 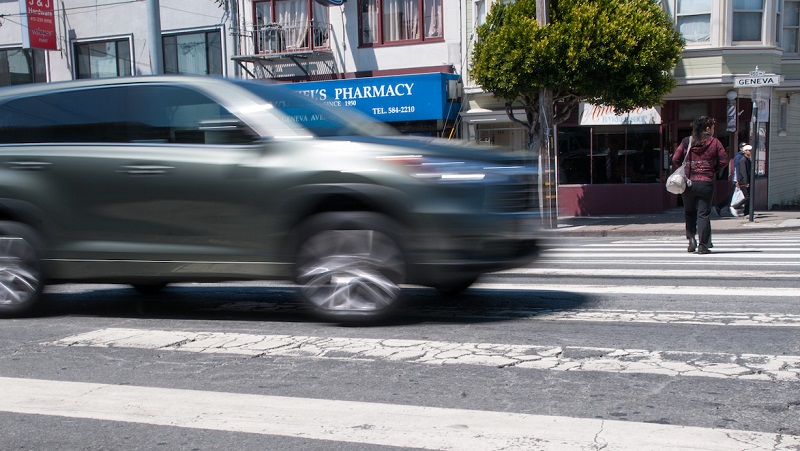 Automated speed enforcement (ASE) is proven to reduce deadly speeding and crashes, but cities like San Francisco are prohibited from using it due to outdated state laws. In a recently published study, the National Transportation Safety Board (NTSB) urged states like California to remove the legal barriers for cities to use this life-saving technology.

With an estimated 10,000 people killed in the country each year, and more injured, the NTSB’s study highlighted speed-related collisions as an urgent problem that has gone under-addressed.

Although ASE has consistently reduced deadly speeding in the communities where it’s used – 142 across the country, and others abroad – every state limits cities’ ability to adopt the tool. California is one of seven states that prohibit cities like San Francisco from using ASE altogether.

The NTSB recommended that states like California “amend current laws to authorize state and local agencies to use automated speed enforcement.”

Earlier this year, California Assemblymembers David Chiu and Phil Ting, as well as State Senator Scott Wiener, co-authored Assembly Bill 342 to authorize San Francisco and San Jose to use ASE on a pilot basis. However, the bill did not yet have the support to pass the Assembly Transportation Committee, and it will be considered as a two-year bill in January during the Legislature’s next session.

“The lack of state-level automated speed enforcement enabling legislation,” the NTSB wrote in its findings (PDF), “and restrictions on the use of ASE in states where legislation exists, have led to underuse of this effective speeding countermeasure.”

ASE is one of the key tools we must use to reach Vision Zero – the goal to end traffic deaths, which has been adopted by a growing number of American cities. San Francisco was one of the first.

“For too long, speed policies have been stuck in neutral, at the expense of more than 10,000 lives lost each year,” said Leah Shahum, director of the national Vision Zero Network. “Attention to this problem is long overdue. This study should be a wake-up call to allow local communities the ability to manage speeds to save lives.”