Make No Mistake: Most Muni Riders Pay Their Fares

Share this: FacebookTwitterEmail
By
Aaron Bialick (no longer with the SFMTA)
Thursday, February 9, 2017 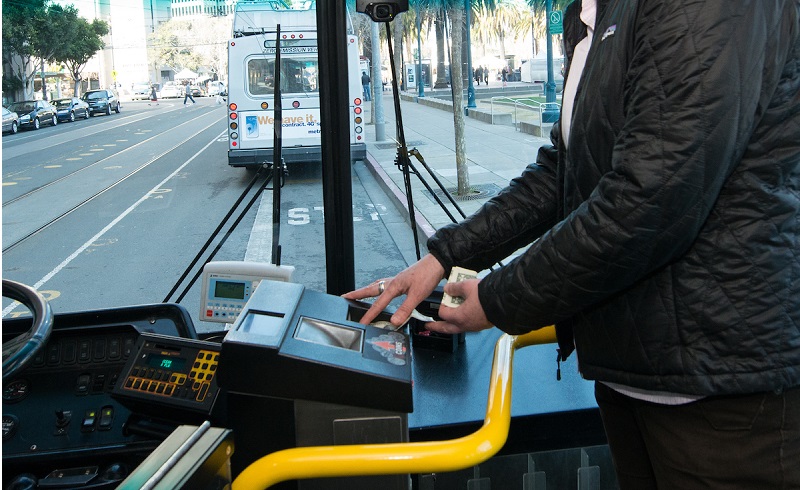 A growing number of Muni riders board with their proof of payment in pocket. Thanks for paying your fare and for riding Muni.

If it ever seems that only a few Muni riders pay their fare, it may be because most customers simply pay before they board.

Under our system of fare enforcement, everyone on Muni is expected to have proof of payment ready to show fare inspectors, who could request it any time. So anyone who has a valid paper transfer, monthly Clipper card pass or an activated ticket on the MuniMobile app may not feel the need to take it out of their pocket until requested by fare inspectors.

And by and large, they do. The rate of fare evasion was estimated at just 7.9 percent in 2014 (PDF), the last year we conducted a survey (expected to be updated this year). That estimate dropped from 9.5 percent in 2009.

Those two surveys were conducted before and after we implemented our system-wide all-door boarding policy in 2012, which allowed Muni riders to board through the back door of any vehicle as long as they’ve paid their fare.

With all-door boarding, Muni vehicles spend less time boarding at stops, since the old system required customers to board most vehicles at the front and relied more on Muni operators to check fares. And contrary to concerns that all-door boarding would encourage fare evasion, it turns out that the possibility of receiving a citation at any time makes us all more likely to pay.

All revenue from Muni fares go toward keeping Muni working safely and efficiently, which is why it's important for everyone to pay their fair share. And to ensure regular lower fare increases as we keep pace with inflation, fare rates are annually adjusted by a formula under our Automatic Fare Indexing Policy. The major credit-rating agencies, including Standard & Poor’s, cited those characteristics [PDF] as signs of “strong” financial flexibility when they renewed the SFMTA’s top-tier credit rating last March.

Ensuring that Muni is accessible to everyone who depends on it – especially disadvantaged communities – is as crucial to an equitable city as it is to making the system faster and more reliable. That’s why we’ve continued to expand and promote our free and discounted Muni fare programs as we introduced a 25-cent discount to encourage cash-free payments on January 1. And last February, our Board of Directors de-criminalized fare evasion for youth, which was enabled by a change in state law we successfully advocated for.

What’s the next big thing for fares? New fareboxes rolling out in the coming months.