Share this: FacebookTwitterEmail
By
Aaron Bialick (no longer with the SFMTA)
Monday, April 4, 2016

More San Franciscans than ever seem to agree. Our annual traffic calming program has received a record-high surge of applications in the past three years from residents who want physical measures installed to slow driving speeds on their streets.

For the 2015/2016 traffic calming application period, we received 102 applications -- 2.5 times more than in the previous round. The demand is especially impressive considering each application requires at least 20 signatures from neighbors. 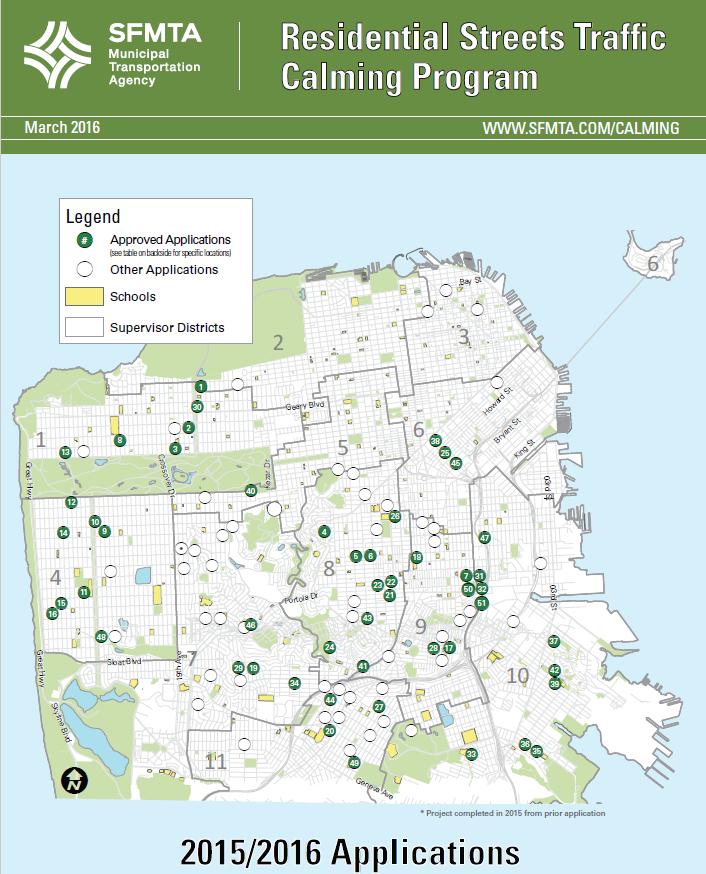 Traffic calming - in case you’re not familiar - is the term for a toolkit of street design measures used to make streets safer and more comfortable for everyone. These include speed humps, median islands, traffic circles and changes to the width of traffic lanes. 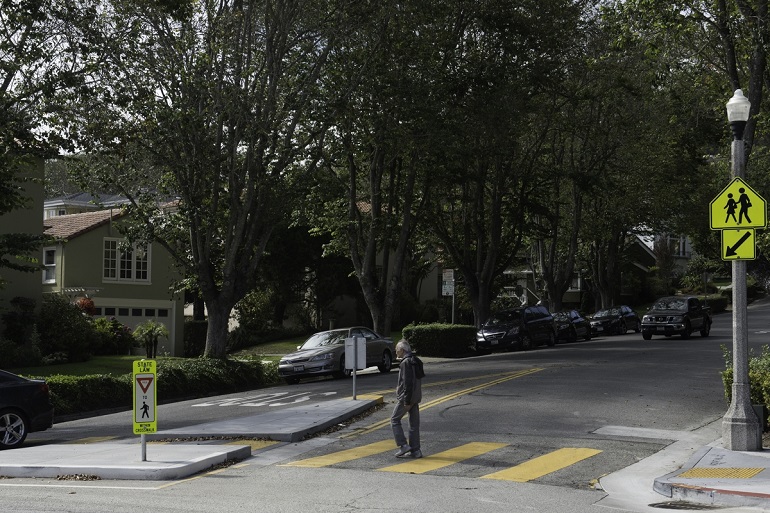 “On some residential streets,” said Reiskin, “we’ve seen cars consistently traveling between 35 to 40 MPH, which is egregious.” Our traffic calming projects have reduced the number of drivers traveling at those speeds by as much as 73 percent.

In the ten years since our traffic calming program started, we’ve worked with residents to stop speeding on residential streets in neighborhoods from the Central Richmond to Holloway Avenue in Ingleside.

“Speeding is a real problem in my neighborhood,” said Jennifer King, a Potrero Hill resident whose community request for traffic calming on Vermont Street was recently approved. “Working together, the community has taken advantage of the SFMTA’s Traffic Calming Program to request a slower, safer street.”

To make the most out of limited resources, the traffic calming team approves and prioritizes applications by looking at data on factors including speeding, crash history, traffic counts and the presence of schools, transit stops and bicycle routes.

It’s worth noting that our traffic calming program is a distinct complement to Vision Zero, our city’s goal of eliminating traffic deaths by 2024. As we focus safety improvements on the city’s High Injury Network, we still recognize the need to respond to community requests for livable residential streets.

In 2012, we restructured the traffic calming program to be even more responsive. Since that year alone, we’ve implemented almost 70 traffic calming measures on 50 residential streets around the city.

“Local advocacy is key to creating safer, slower residential streets,” said District 4 Supervisor Katy Tang. “Unsafe speeding is a problem that the community and local government is tackling together.”

“At the end of the day,” King said, she’s “proud of how the neighbors” in Potrero Hill “have come together in support of safer streets for our kids and families.”

To learn more about traffic calming program, visit sfmta.com/calming. The application deadline for the 2016/2017 round is July 31.