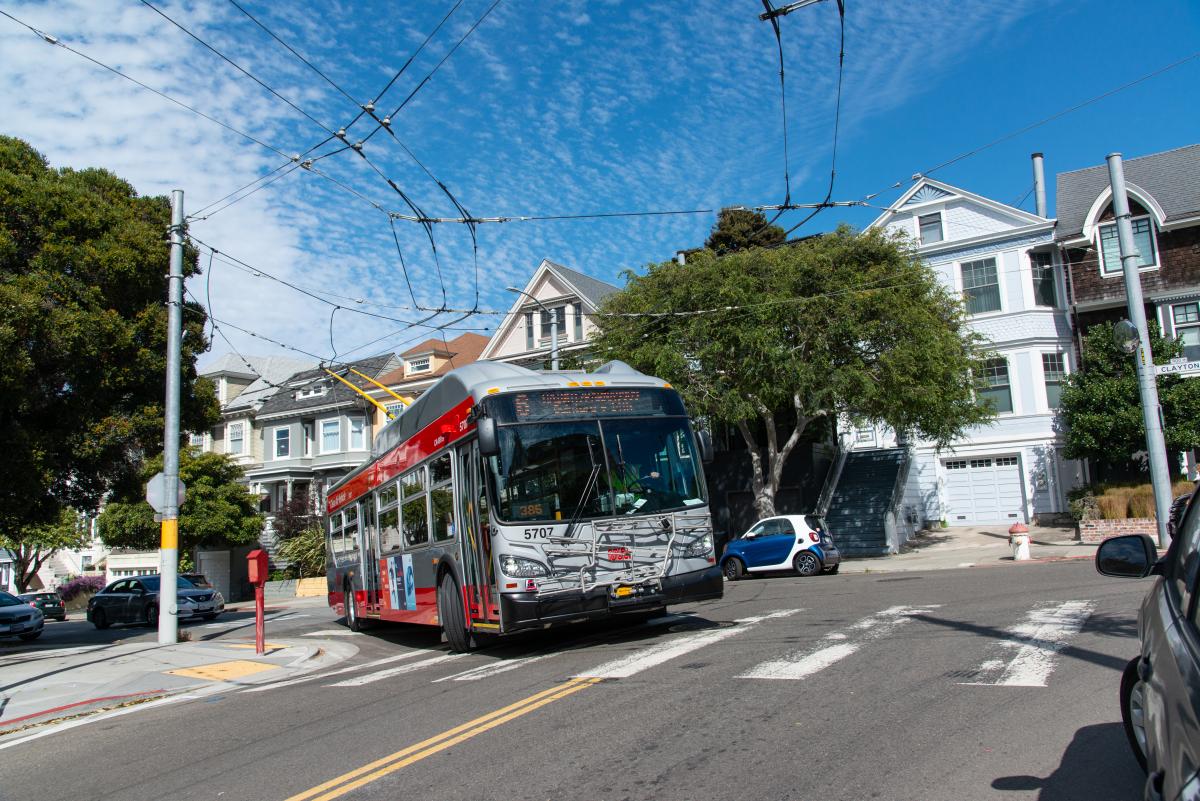 The 6 Haight/Parnassus was temporarily suspended in March 2020 and will be brought back into service July 9, 2022, along with the 2 Sutter and 21 Hayes.

As the SFMTA prioritizes service equity and responds to changing travel patterns, we are planning to bring back additional routes that have been temporarily suspended since March 2020: The 2 Sutter, 6 Haight/Parnassus and 21 Hayes. The 2 Sutter and 6 Haight/Parnassus will return to their pre-pandemic routes, while the 21 Hayes will return in response to community feedback with changes to make the most of limited resources. System improvements like transit-only lanes and subway upgrades have helped us make transit service more reliable overall as we keep restoring routes.

These changes are part of the 2022 Muni Service Network plan. Read more about what we heard from the public and how we incorporated feedback into the 2022 service proposal.

The 21 Hayes will run between Fulton and Shrader streets near St. Mary’s Hospital to Hyde and Grove streets, by Civic Center Station and the Main Library, restoring connections to the hospital. Customers who want to continue along Market Street can transfer to any eastbound Muni Metro subway route, the F Market surface rail, or one of the bus routes serving Market Street including the 6 Haight/Parnassus and 7 Haight/Noriega.

We will publish comprehensive service change details including maps later this month.

We plan to make modifications to several existing routes to restore access and connections that community members have requested. These modifications improve or restore connections to food hubs and hospitals for people with disabilities and seniors and access to jobs for Service Equity neighborhoods

In addition to these changes, the L Bus will be shortened and increase frequency between the San Francisco  Zoo and West Portal Station in response to changing trip patterns and subway improvements. With more subway reliability after extensive repairs and maintenance, many L Bus riders are choosing to transfer to the subway at West Portal for a faster ride to downtown. This allows us to shorten the L Bus route while increasing frequency and putting limited resources on other routes that are experiencing crowding.