Share this: FacebookTwitterEmail
By
Rachel Hyden
Friday, April 3, 2015
We know you have better things to do than wait on us. And we’re working every day to make it easier to get around the city. This April, as part of our Muni Forward initiative, we’re rolling out the most significant series of service improvements in decades. The improvements combine substantial service increases for 165,000 daily riders, a rebranding of “Limited” lines to “Rapid,” renaming and renumbering bus routes to complement the new Muni map, and rolling out eye-catching bus shelter enhancements. Together, these improvements result in a less crowded ride and make it easier and simpler to navigate the Muni network.
Coming April 25: We’re Increasing Service!
This April’s service improvements will directly benefit 165,000 daily Muni riders. More service means less time waiting for Muni—and more time for things that matter.

We’ll also be discontinuing a handful of stops on April 25. Less stopping along the route means Muni can travel the same distance in less time, making service more reliable. For a full list of discontinued stops, and more information on the upcoming service improvements, click here.

Rapid is the New Limited
R is replacing L for Limited-stop routes.
This April we’re also launching our new “Rapid Network,” which will make travel on Muni’s most heavily used routes quicker and more efficient. The Rapid Network will use transit priority lanes to move buses more efficiently and create better boarding zones to make boarding the bus safer and faster. On Rapid Network lines, we will also give buses and trains “transit signal priority” in order to reduce delays. Many of these improvements are already underway, with more planned all across the city in the coming years! Learn more about the Rapid Network.
As part of the Rapid Network rollout, the term “Rapid” (R) will replace “Limited” (L) for Limited-stop routes. “Rapid” routes will encompass all the benefits of the “Limited” routes but will see increases in frequency and reliability in the coming months as the routes receive additional investment in transit priority improvements.
Muni’s Rapid Network will include the following routes:
You’ll notice new shelter enhancements like bike racks, shelter decals, and redesigned flag signs popping up at Rapid and Metro shelters over the coming months. These enhancements will making finding and navigating the Muni network easier. For a sneak peak of what the shelter decals will look like, check out the N Judah stop at Carl and Cole!

Learn more about the new transit stop look.
Muni’s Got a Brand New Map
Along with the Rapid Network, we’re rolling out a new, more legible Muni map that is streamlined and designed to convey the frequency of service on any given route. The map will use different colors and thickness of lines to differentiate between the most frequent service (Metro, Rapid, Express) and local transit service. You’ll see the map in Muni shelters soon, and it’s also available to view here. 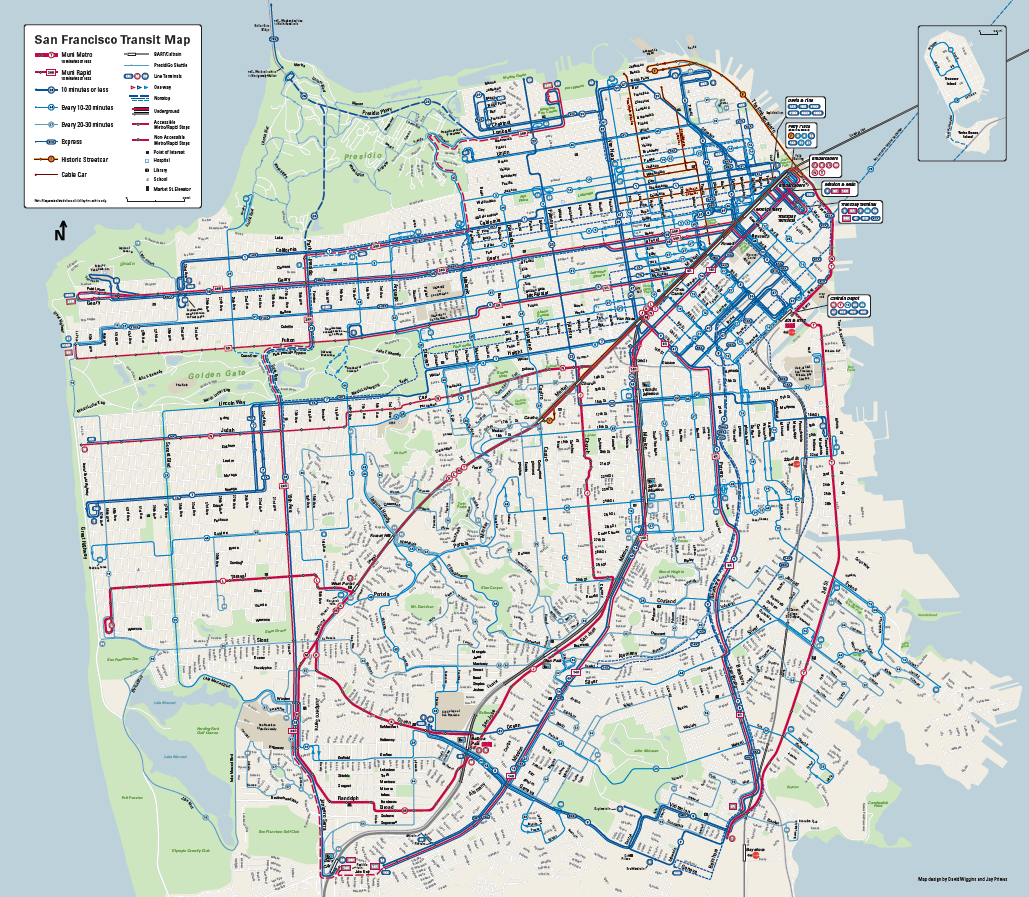 New Route Numbers and Names
For the new Muni network, lower numbered routes generally represent our higher frequency of service, while higher number routes serve as neighborhood connectors.  Have a look so you know which bus is yours after Saturday, April 25. Muni will change seven route names to follow this system.

This April marks a milestone for Muni Forward, and we hope you’re as excited as we for all of the improvements coming now and those we’re planning for the future. Tell us what you think by visiting TellMuni.com, and visit www.muniforward.com for more information. 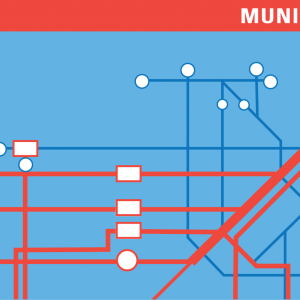