New Photos of Muni on SF's Streets From the 1950s

If you've ever wondered what Muni looked like in the 1950s, you're in luck – we recently added over 1,500 photos to the SFMTA Photo Archive from years up to the end of 1959. Here are a few shots from the decade to whet your appetite. 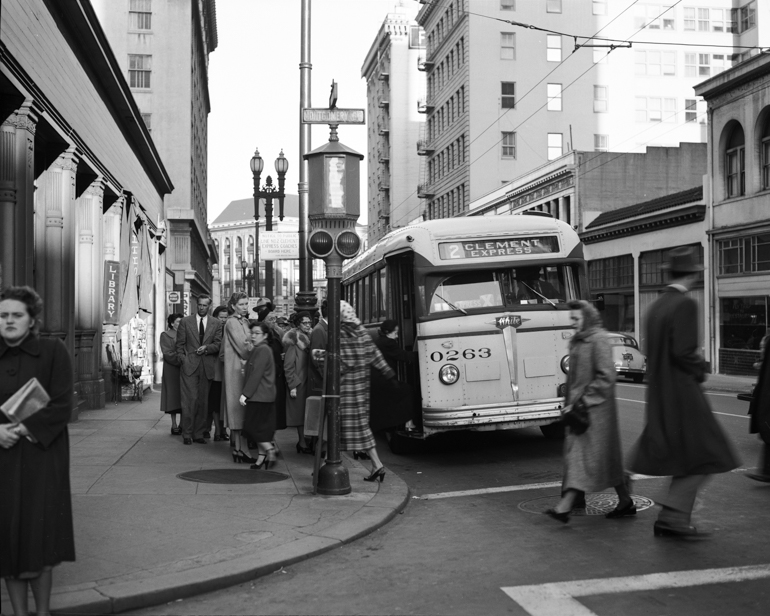 The 1950s were a time of major changes for transportation in San Francisco. As streets were re-shaped to accommodate more automobiles, Muni worked to reinvent itself by upgrading its facilities and equipment and converting many streetcar lines to bus service. 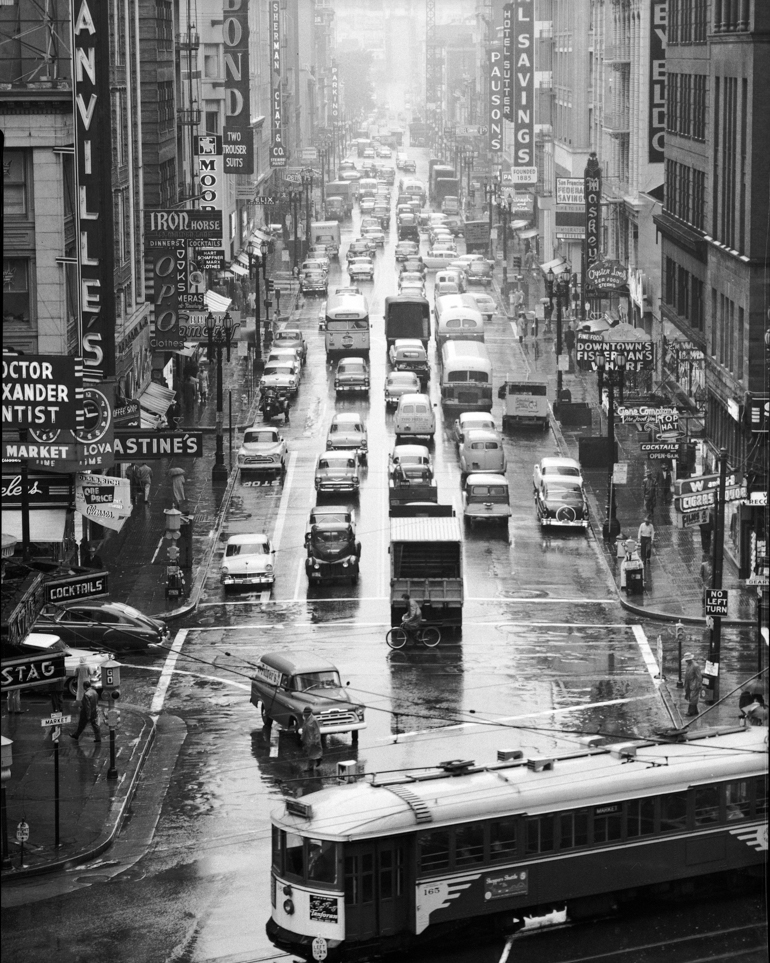 This view looks north on Kearny Street from Market Street on a wet September 27, 1957, just prior to the street's conversion to one-way street in the northbound direction.

As the newly-opened Highway 101 fed a massive increase in cars into the downtown and Civic Center areas, traffic nearly ground to a halt during rush hours. In an effort to relieve traffic congestion, the city converted several downtown streets from two-way traffic to one-way. 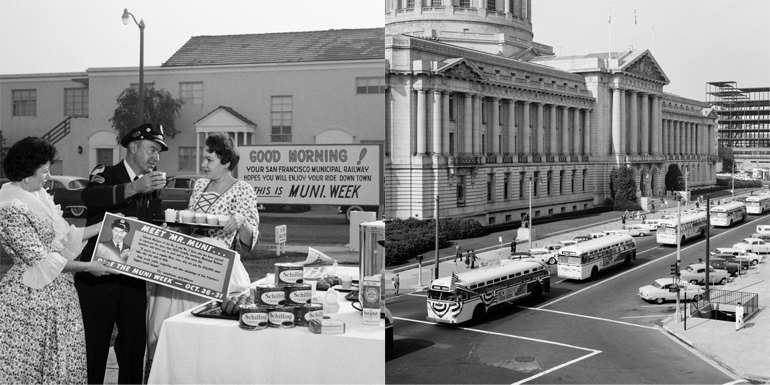 In 1958, "Ride the Muni Week" celebrations included doughnuts and coffee on the 17 Park Merced route (left) and a bus parade in front of City Hall (right).

With declining ridership and more competition from private automobiles, Muni got creative in their efforts to attract new riders by holding "Ride the Muni Week" in 1958. A parade of new buses, clever advertisements and morning commute rides with Mayor George Christopher were a few of the ways the Municipal Railway sought to encourage people to ride transit.

Check out more Muni photos from the 1950s and beyond in the Historic Photo Collections section of the SFMTA Photo Archive.