When people talk about transportation, have you ever noticed that the conversation usually tilts toward daily experiences?

“How long is your commute, door-to-door?” is a good conversation starter. “My bus sat in traffic,” is a relatable lament, even if your bus is usually on time. “Parking was tough,” can lead to an invigorating discussion on how the city works.

No doubt the SFMTA is part of these conversations, and we talk about the same things in our own shop. But we’re also thinking about the big-picture questions.

They’re serious things like, “What more can we do to stop unsafe speeding, the number one cause of traffic deaths and severe injuries in San Francisco?” And “How are we preparing for the future of 2040, when San Francisco is expected to have more than 100,000 new households and 190,000 new jobs?” 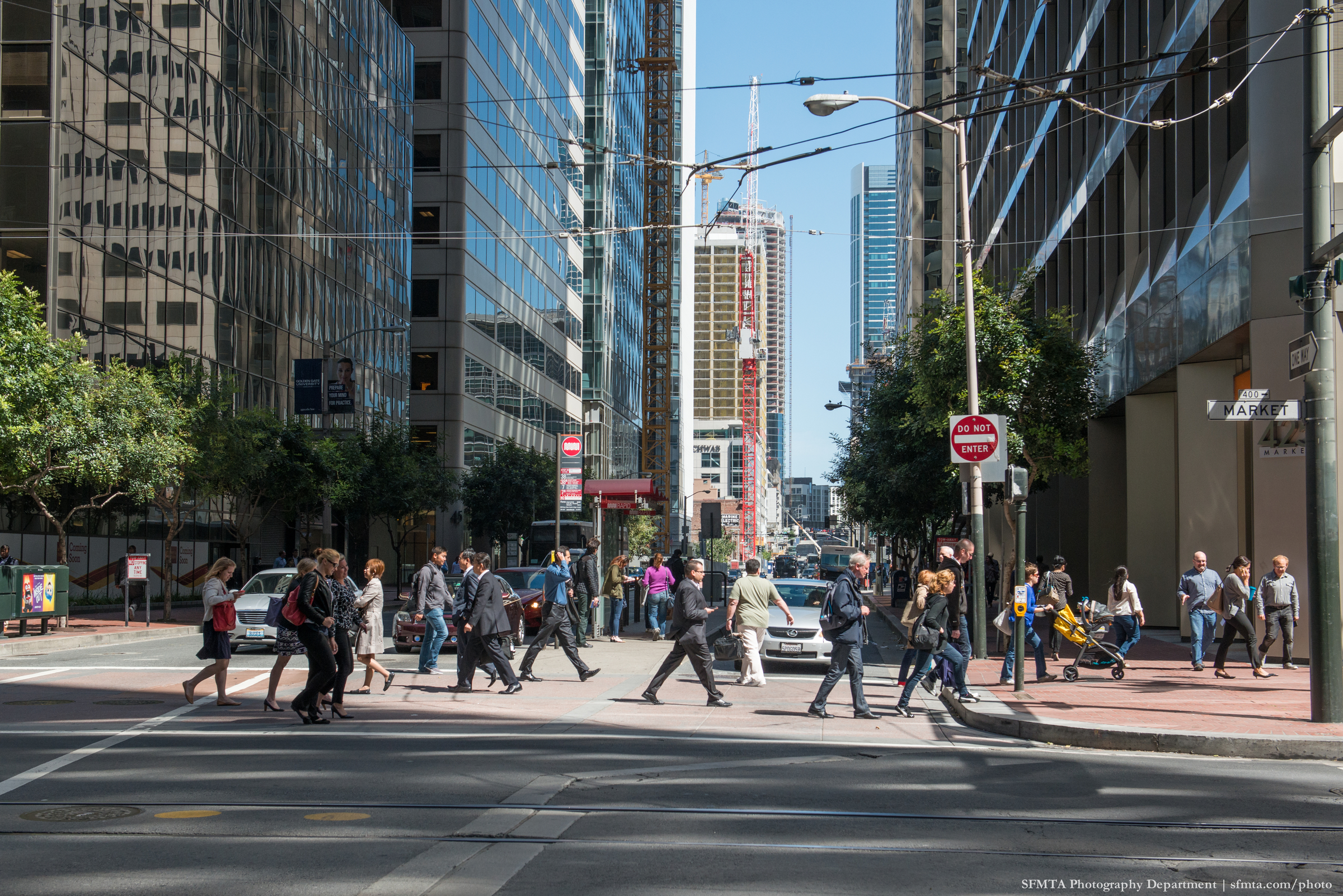 We’re also facing exciting changes, such as a new proposal to change state environmental law, which would enable San Francisco to improve its transportation infrastructure at a faster pace.

At the end of the day, it’s the Sustainable Streets Division at the SFMTA that is thinking about both your daily trips and the road ahead. Our staff of 870 is planning for the San Francisco of tomorrow and making the street improvements you see today. We have engineers and construction crews installing new traffic signals and raised bikeways, planners and street painters striping red bus lanes, and parking control officers that keep traffic moving by enforcing our parking regulations.

Last year, in coordination with our colleagues who run Muni, we launched the Safer Market Street Project, which made pedestrian safety and Muni reliability improvements on Market Street. We also lead sweeping transportation planning efforts, like the Waterfront Transportation Assessment. This will prepare our city for major changes coming to the waterfront area, such as the new Warriors’ arena.

With the increased interest on transportation topics locally and nationally, we’re kicking off 2016 with this new blog series. Here we’ll be sharing our thinking on the big picture questions and concerns facing our streets today.

When it comes to transportation, it isn’t just about what we’re doing; it’s about where we’re going. We hope you’ll tune in and share your thoughts about where our streets are headed.

Tom Maguire is the director of the SFMTA's Sustainable Streets Division. He joined the agency in 2014 after serving as Assistant Commissioner at the New York City Department of Transportation, where he oversaw New York’s Bus Rapid Transit, Freight Mobility, Peak Rate Parking (PARK Smart), and Alternative Fuels programs, and directed the effort to implement congestion pricing in Manhattan in 2007-2008.  Tom has also worked in the private sector at the engineering and design firm Arup. He holds a Master’s degree in City and Regional Planning from UC Berkeley and a B.A. from Rutgers.