Riders Weigh In on Muni and the Survey Says…

Share this: FacebookTwitterEmail
By
Keli Dailey (no longer with the SFMTA)
Monday, December 5, 2016

Finding out what riders think about Muni benefits our agency and the city in many ways. For one, it makes sure we’re on the same page as riders about what really good public transportation looks like. This year, it seems we’ve gained ground on delivering the kind of Muni transit service desired by many San Franciscans.

That’s according to the results of our 2016 Muni Ridership Survey. Presented at the SFMTA Board of Directors meeting this Tuesday, it shows unprecedented levels of customer approval, with 70 percent of riders rating Muni’s overall service as “good” or “excellent.” 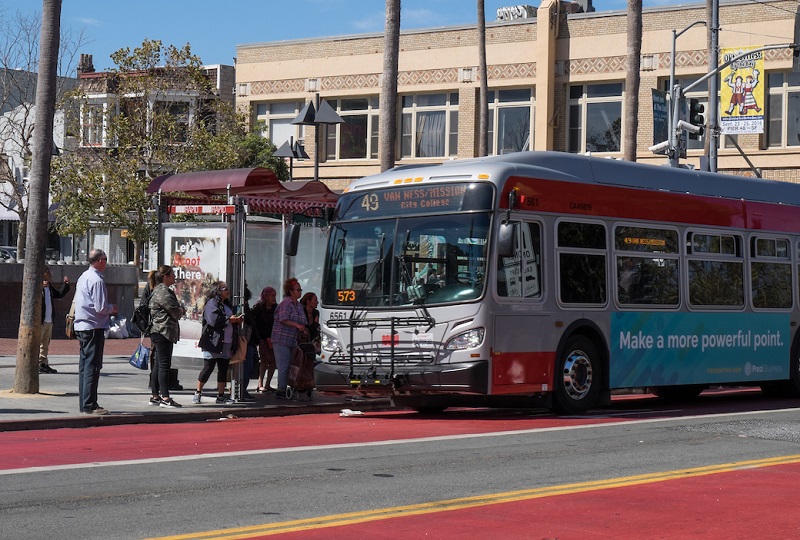 This is the highest score Muni has achieved since the first survey in 2001, after Muni became fully integrated within the SFMTA. In that initial survey, Muni customer satisfaction hovered at 48 percent.

Nearly every year since, we have polled a cross-section of city residents to find out how Muni is doing. There have been peaks and dips. But Muni’s good reviews have risen steadily since 2010’s 52 percent overall approval, with an upward trend of year-over-year increases propelling us to today’s 70 percent rating.

This most recent poll -- administered on behalf of the SFMTA by Corey, Canapary and Galanis Research – was based on phone interviews with a random sample of 543 adults conducted from July 5 to Aug., 24, 2016 in English, Spanish and Cantonese. Participants in the 2016 survey were SF residents who had boarded our buses, trains, streetcars or cable cars in the past six months.

These high satisfaction ratings are a result of the significant improvements we’ve made in many key transit areas, from replacing our aging bus fleet and increasing Muni service, to installing transit-only lanes and transit priority signals to “give Muni the green light.” In addition to discovering that more riders respond positively to Muni than ever before, this year’s survey tracked the performance of specific Muni attributes, as well as some barriers to choosing Muni for travel.

Drilling down into key areas of the rider experience, customers gave solid endorsements to three areas in particular, stating that Muni does a “good” or “excellent” job in:

Keeping our finger on the pulse of Muni ridership tells us how people feel about the 730,000 daily passenger trips they turn to us for. Looking at 2016, approval ratings increased over 2015 in areas of operator helpfulness, frequency of service, on-time performance, communication with riders, feeling safe on Muni, managing crowding and vehicle cleanliness.

Sounds good, but we certainly heard from respondents on ways to make Muni better. When asked about the most-needed improvements for Muni, they said they wanted to see:

Some context: The area cited as most-needed area of Muni improvement for 2016 – more frequent service – was also the top concern for 2015’s respondents.

Learning people’s reasons for not taking Muni was also illuminating. For those who rarely use Muni, the biggest barrier mentioned in the 2016 survey was the amount of time the Muni trip would take.

This constructive criticism is as important to us as praise. We leverage the results from our annual survey and our everyday customer interactions to deliver meaningful improvements – like creating our city’s first bus rapid transit service along Van Ness Avenue to increase Muni efficiency.

And this annual survey helps hold us accountable to our customers.

Responses were rounded to the nearest whole percentage. Results have a +/‐4.2 percent margin of error, meaning there’s a 95 percent confidence level in the results.