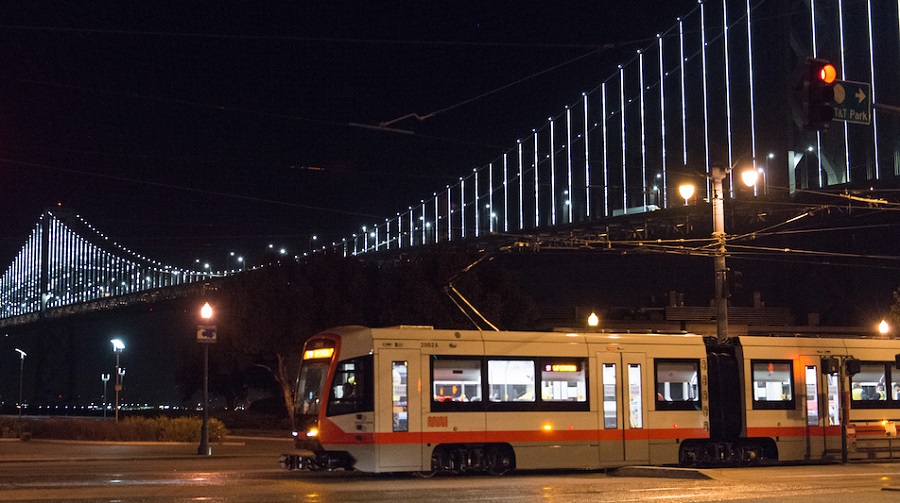 A new Muni train on The Embarcadero out for a beautiful night of mechanical tests.

The first week of Muni subway closures is underway to finalize tests on the next generation of Muni trains. So far, the tests have yielded some promising results and beautiful first glimpses of the new fleet on the streets.

On Friday night, one of our five new Siemens train cars left the Muni Metro East rail facility to begin automatic train control testing in the Muni Metro Subway and along the N Judah Line. Over the weekend, our team of train mechanics and other staff began the rigorous suite of mechanical tests and tweaks needed to make sure the new fleet is ready to start rolling out this year.

The team completed all of the tests planned for the first weekend, which would have taken more than three weeks to conduct during the regular overnight subway closure hours, when crews do maintenance work in the tunnel. With longer windows of uninterrupted time to conduct tests, our engineers can review test results and troubleshoot any issues much more efficiently. 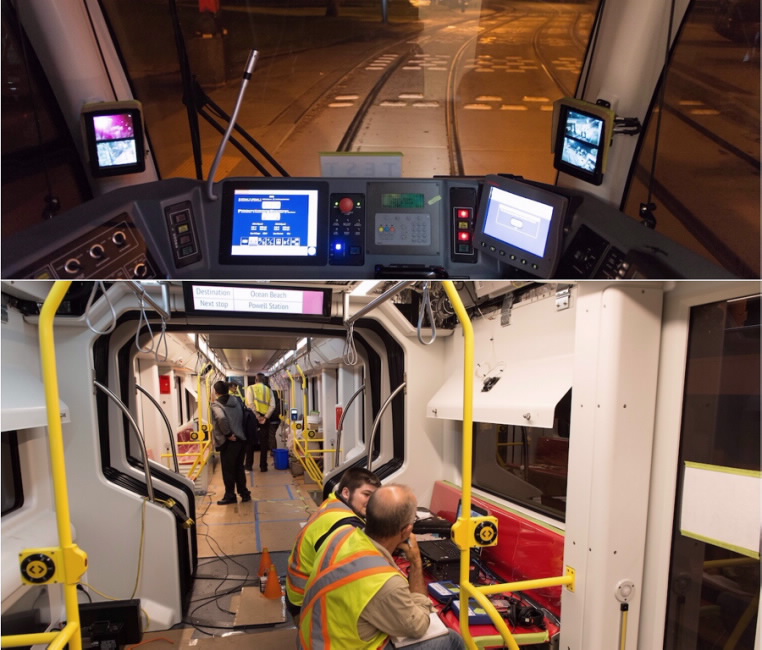 Top: Inside the operator cab on the test train. Bottom: SFMTA train engineers and other staff aboard the train.

The new trains are complex, state-of-the-art vehicles that require continuous testing before we put them in service. Since the first train cars arrived in January, our teams have done the limited tests and prep work possible within the Muni Metro East facility. In the subway, our teams can now conduct a range of new tests on the trains and the systems they interact with, including Muni's new communications and monitoring system and the subway's automatic train control system.

Unlike any other rail system in the world, Muni's trains run on both city streets and in an automatic subway system, which they have to sync up with every time they head underground. (That's why your train always pauses before it enters the subway, in case you've wondered.) 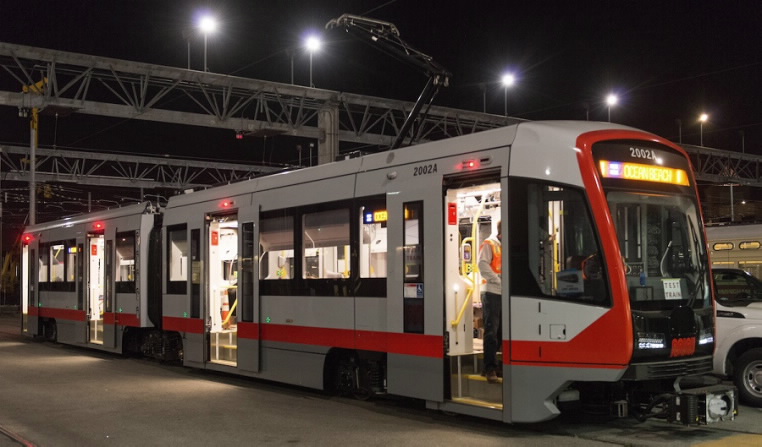 The test train at the Muni Metro East facility this weekend.

This past weekend, we conducted about 75 percent of the subway tests needed for one-car trains. This coming weekend, we expect to finish fine-tuning the software programming to make sure they sync up properly with the subway control system. We also plan to start tests on two-car trains and make any adjustments needed to ensure that the subway system smoothly manages both new and older trains when they run together.

Our crews also took the opportunity of the weekend closure to do some deep cleaning in the stations, upgrade subway track switches to make them compatible with the new trains and install new light fixtures in the tunnels. 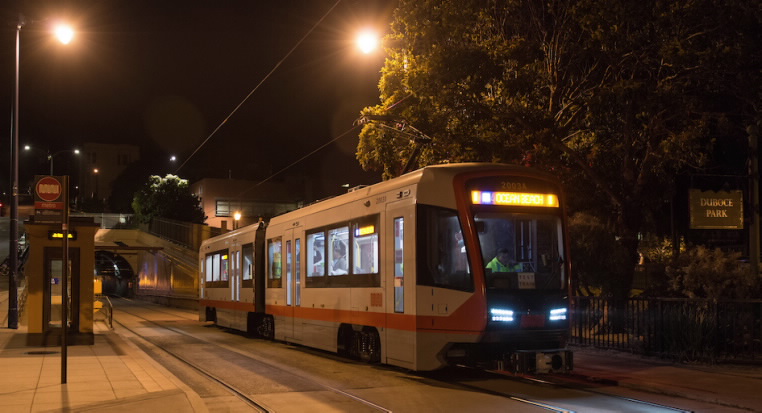 The test train at the Duboce Park stop, east of the Sunset Tunnel on the N Judah Line.

To sum it up: We're on track to start rolling out the new Muni train fleet as soon as possible. As they arrive in phases, these trains will replace our current fleet of 151 trains and expand it to more than 200 trains by 2028.

Check out our video below for an onboard view of the testing from last weekend. You can also see videos of on-street sightings in this CBS report and a couple of fan videos taken at West Portal and on outer Judah Street.