Then and Now: Testing Muni's First Light Rail Vehicles in 1978

As we continue to run rigorous tests on Muni's new light rail vehicles (LRVs), here's a look back at the testing Muni undertook in the late 1970s to prepare its first generation of LRVs for service. We appreciate Muni riders' patience during the subway closures required to conduct the tests. 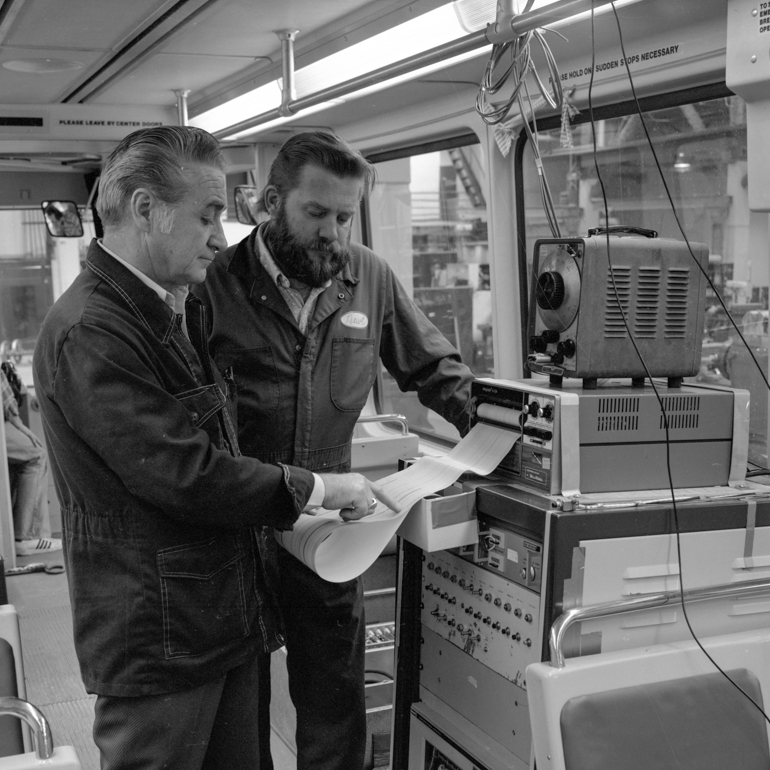 Two technicians read a printout from a testing computer on one of Muni's first Boeing LRVs in January 1978.

Muni received its first LRV from the Boeing-Vertol company in late 1977 and immediately began conducting months of inspections and tests on them. Much like the test being run today on our new Siemens LRVs, technicians spent hours running, monitoring and adjusting the systems on the new train cars to make sure they would be ready to roll. 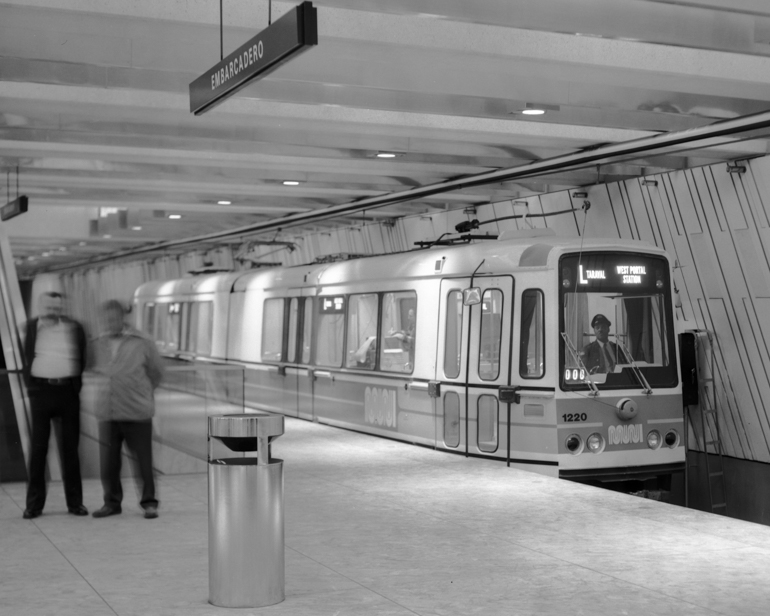 A test run of a Boeing LRV in the Muni Metro Subway at Embarcadero Station on January 26, 1978.

In 1978, after Muni's technicians conducted static tests on the Boeing cars within the railyard, they performed trial runs in the yet-to-open Muni Metro Subway. Since the J, K, L, M and N lines were still served by traditional streetcars on the surface of Market Street, the Boeing cars could be tested in the subway at any time without interrupting service.

While Muni's new Siemens LRVs have more modern computer systems to fine-tune, they still require many of the same on-rail tests that the Boeing LRVs underwent to ensure that they'll operate safely and smoothly once they go into service.