Skip to main content
ATTN: Report of a non-Muni collision on Fulton btwn 15th and 16th. Expect delays and possible reroutes on the IB/OB 5. (More: 15 in last 48 hours)
Subscribe
#TBT

This week, we bring you two snapshots taken on this date 77 years ago. Today marked a very special event back in 1939 — the opening of the original Transbay Terminal. 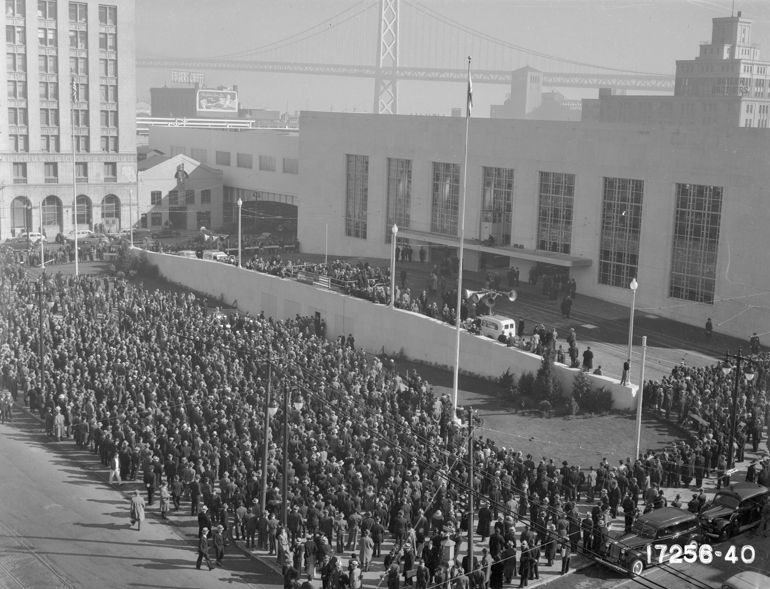 A massive crowd turned out beneath the huge Art Deco building to celebrate the opening of San Francisco's new bus and rail terminal, which was the largest transit hub in town, after the Ferry Building. It originally served as the terminus of electric commuter trains on the Key System, Southern Pacific and Sacramento Northern railroads, which ran on the lower deck of the recently completed Bay Bridge. Commuters from as far away as Chico could travel right into downtown SF and transfer to Muni or Market Street Railway lines to get anywhere else in the city. 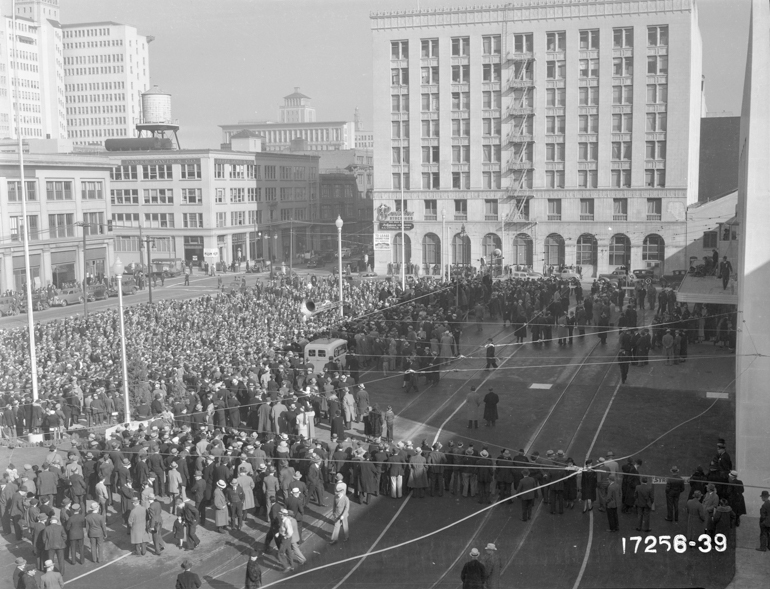 By the end of the 1950s these interurban railways had all either shut down or converted to bus operations and the terminal became what most people remember it as — a massive bus complex serving everything from Muni coaches to cross-continental Greyhound lines.

Today, no trace remains of the mammoth structure after it was torn down in 2010 to make room for the new Transbay Transit Center, which is slated to open in 2017 and will serve as San Francisco's hub for regional transit as well as the future terminus of the California high-speed rail system.