With the Twin Peaks Tunnel project underway, here's a quick "then and now" look at today's work as compared to Muni Metro construction in the 1970s. 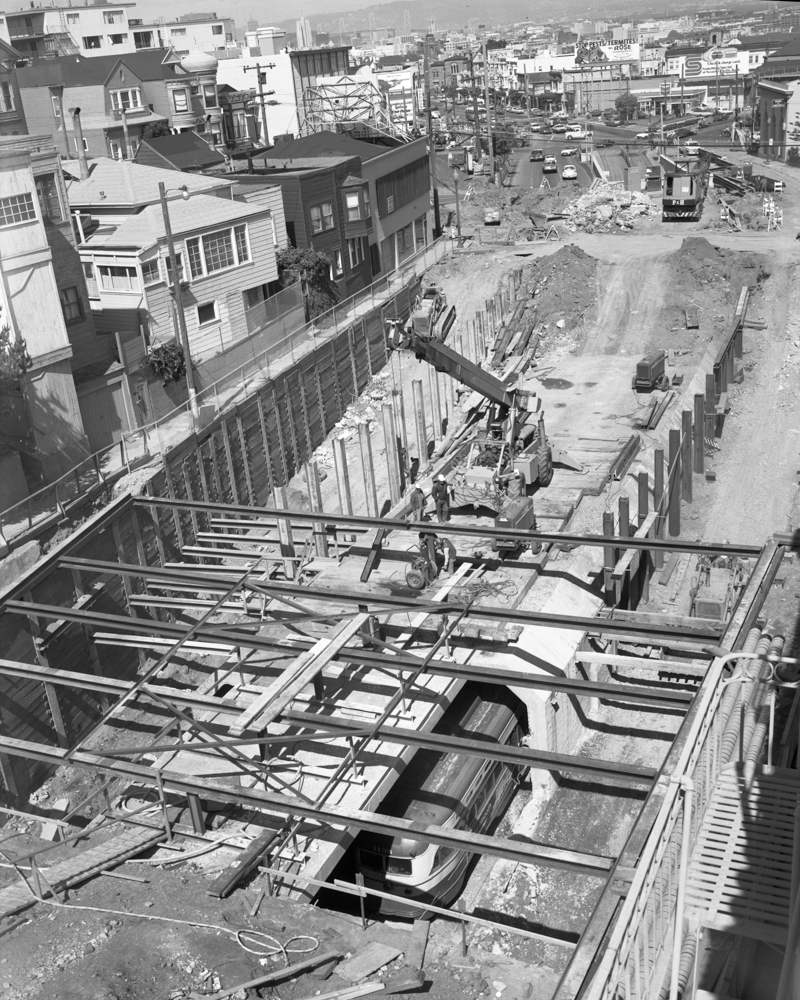 Demolition and bracing work taking place at the former "Eureka Station" near Castro & Market Streets in 1973.

The work to convert the Twin Peaks Tunnel from a standalone tunnel into a part of the Muni Metro Subway system was quite different and much longer compared to today's rehabilitation project. Connecting the tunnel to the Market Street Subway required the east portal of the tunnel at Market and Castro Streets to be excavated, demolished and rebuilt into Castro Station, a feat of that should impress even the most jaded engineer.

Today, the area pictured above is the site of a large amount of seismic upgrade work to reinforce the support structures that hold up Market Street overhead. 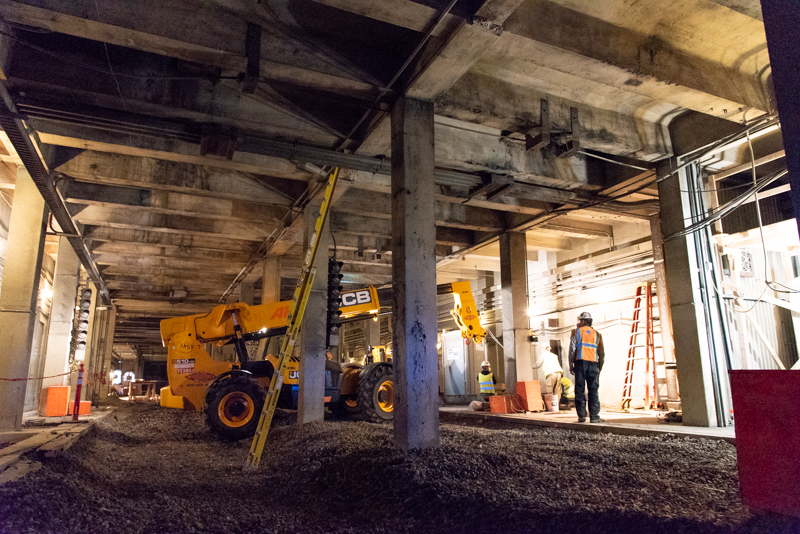 Crews work inside the former Eureka Station on seismic safety upgrades on July 3, 2018. 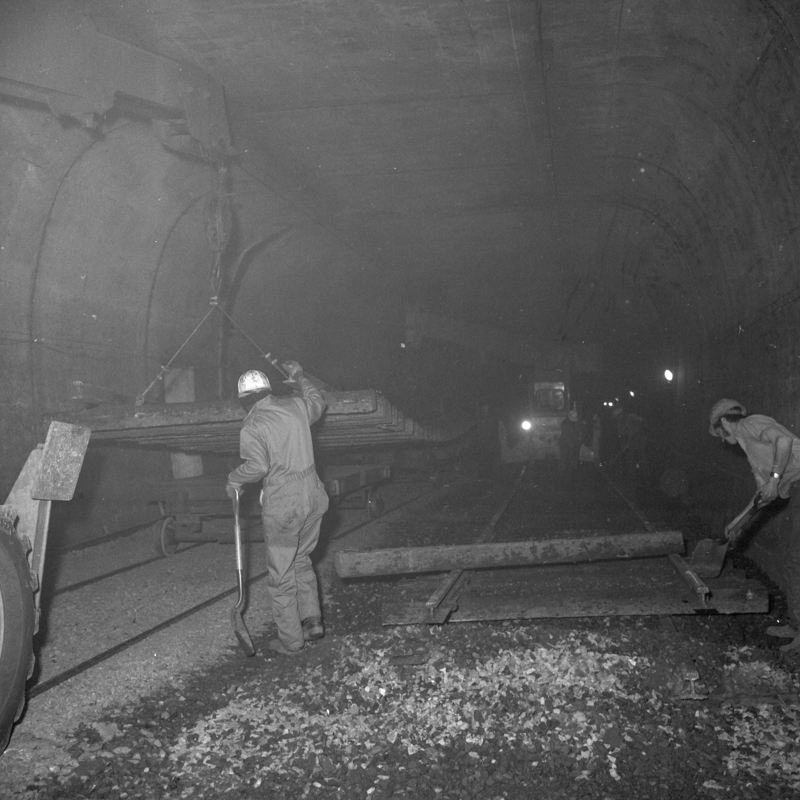 Trackmen tear up sections of worn out track and load them onto flatbed rail cars for removal in 1974.

Much like the fellows pictured tearing up track sections above, crews today are hard at work removing and replacing all two miles of track in the tunnel. New crossover switches are also being installed to allow trains to change direction without exiting the tunnel. 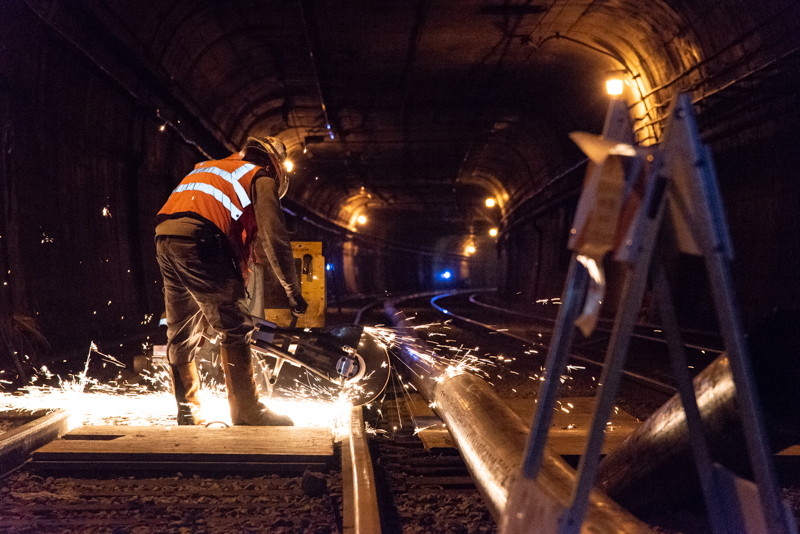 A worker cuts worn rails into sections with a hydraulic rail saw on July 3, 2018.

In the '70s, the West Portal neighborhood saw years of construction as workers excavated and demolished a long segment of the tunnel to build today's West Portal Station. 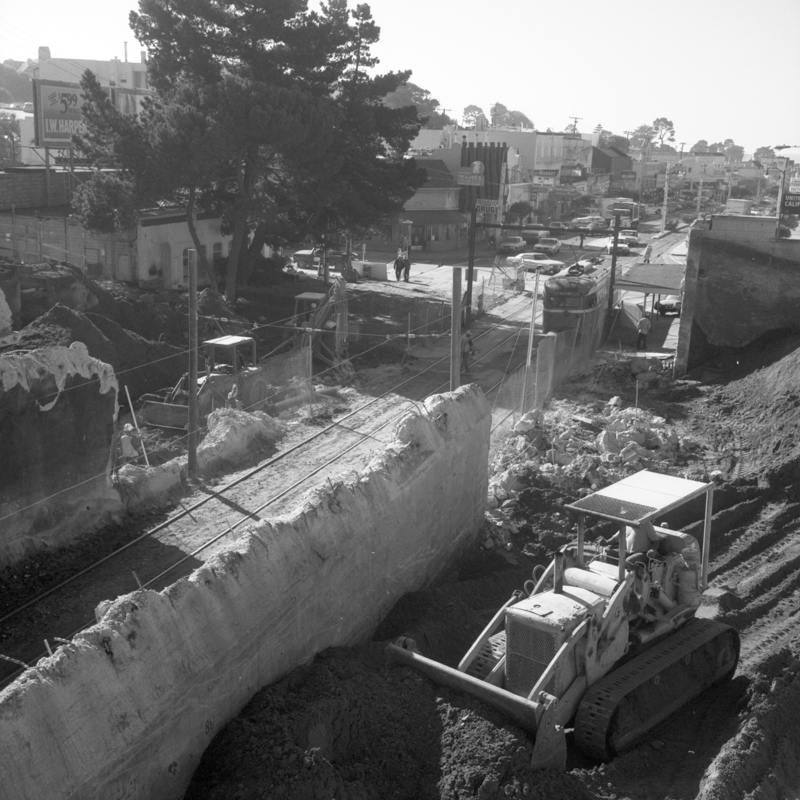 A bulldozer excavates soil around the partially demolished tunnel shell near West Portal Avenue and Ulloa Street in 1976.

On today's job, crews are installing new drainage pipe along the entire length of the tunnel to replace the deteriorated clay pipe laid during construction in 1915-18. 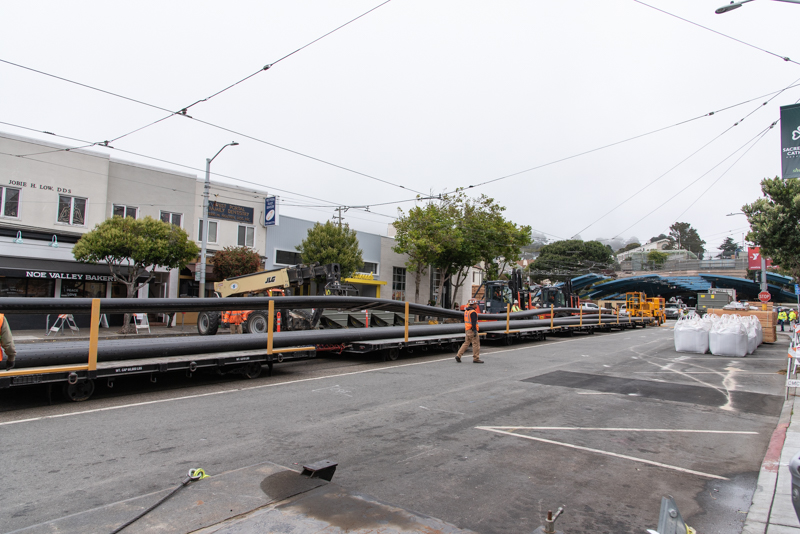 Heavy equipment operators use forklifts to load long sections of drainage pipe onto a work train on West Portal Avenue on June 25, 2018.

Stay up to date on the project at sfmta.com/twinpeaks and check out more photos on the SFMTA Photo website. 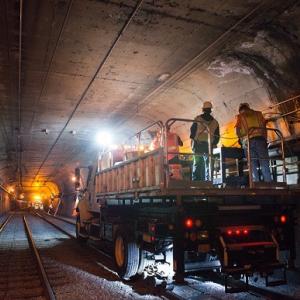 A Sneak Peek at the Twin Peaks Tunnel