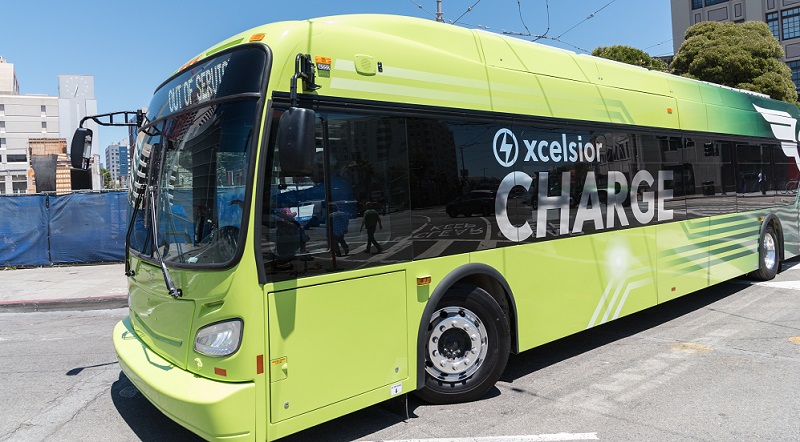 Back in May, we announced our commitment to have an all-electric bus fleet by 2035. This means that the SFMTA will only purchase all-electric buses starting in 2025 to meet the goal for 2035. An all-electric bus does not use fuel and relies solely on the battery within its operating system.

So far, we have been rolling out new electric hybrid buses with higher capacity onboard battery systems. The increased onboard battery capacity will allow the SFMTA to run a test program to operate “Green Zones” along several electric hybrid routes that would run only by battery for significant portions of the route. The “Green Zone” signifies an area in which the vehicle will not produce any emissions.

We are at the ready to move forward with electric bus technology when manufacturers can prove their electric buses can withstand heavy ridership and steep hills. The agency would also have to consider new facilities that can charge a large fleet and develop a systemwide infrastructure to charge vehicles in service or on the street.

We’re talking the talk, and walking the walk. A week ago, our staff went for a ride-along in a New Flyer All-Electric bus. The half-hour ride went on a tour across a few of the city’s neighborhoods. The ride was smooth.

In 2019, we intend to purchase a limited number of zero-emission battery electric buses and test them in service throughout the city to evaluate how they perform on crowded and hilly routes. The most important step to support the zero-emission goal is to determine the infrastructure needs for electric buses, including upgrades for our existing facilities to accommodate charging requirements and maintenance.

It’s also important to note that over half of our transit fleet, including light rail, cable cars, historic streetcars and electric trolley buses are largely powered by greenhouse gas-free hydropower generated from Hetch Hetchy. Beyond that, our new electric hybrid buses use 100 percent renewable fuel.

Here’s a video of the ride: