What Muni’s Up to When the Subway Shuts Down 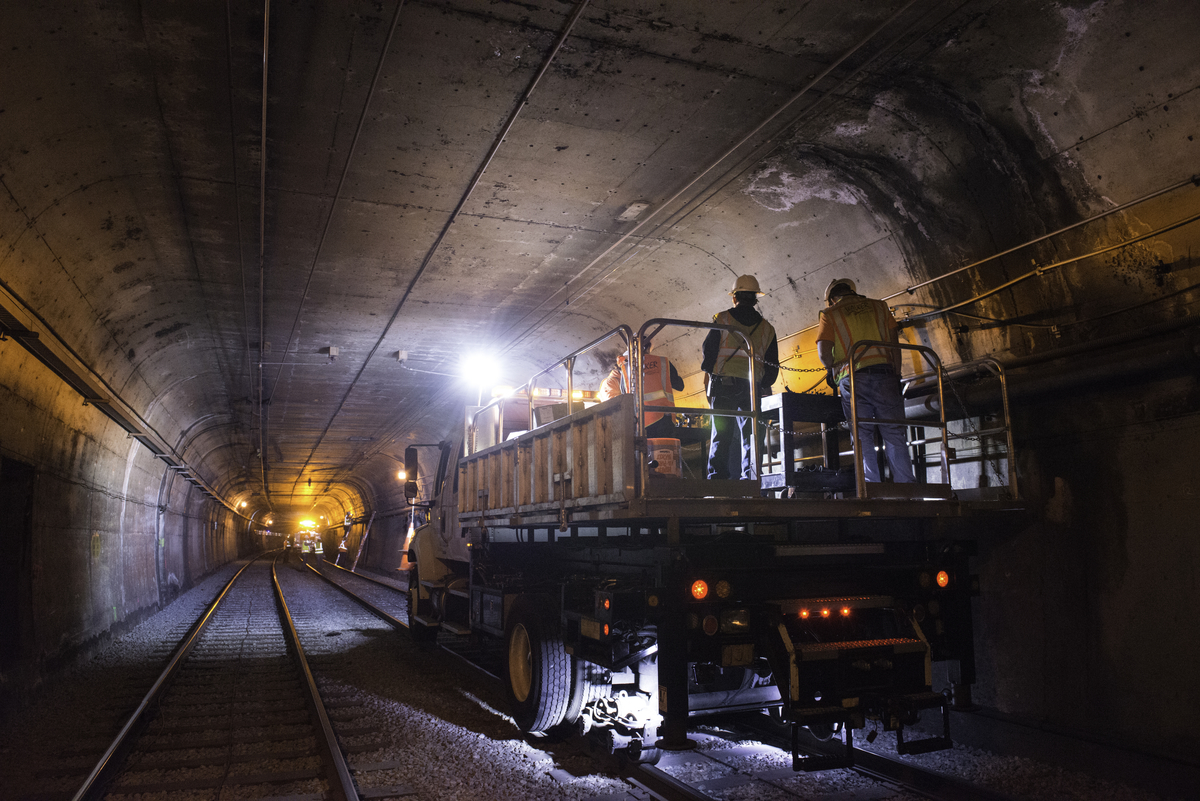 More than a month ago, the Muni subway began to close early each night with bus shuttles starting at 9:30 p.m. Each night, crews begin work at 10 p.m. to make much needed improvements to the Muni Metro system.

The temporary subway closure and accompanying train-to-bus swap are critical for improving safety and reliability on Muni for the 155,000 daily Metro riders. Thank you for your patience. Here's a quick peek at the work underway to improve Muni.

When the trains stop running, construction crews are hard at work underground to replace both the emergency blue light telephone system and the radio system in the Muni subway. We combined the projects to minimize future subway shutdowns and complete this important work as soon as possible.

Since the start of construction on July 31, the two projects have been moving along as scheduled. The contractor for the blue light telephone replacement is using multiple crews to install cable hangers at various locations in the subway. At the same time, the radio replacement crews are installing the infrastructure for the new telephone system including cable hangers, light fixtures and telephones between Van Ness and Embarcadero. Special rail vehicles transport the materials and equipment in the subway.

Upgrading Technology from the ‘70s

Blue light emergency phones provide direct access to emergency services in the event of a natural disaster or medical emergency. Muni’s radio system is a network that provides multiple radio channels for Muni operators and allows personnel to communicate with each other.

Both systems are old. They were last installed in the early ‘70s. The upgrades are absolutely necessary to keep the system updated and compatible with modern technology.

Currently there are 90 old blue light phones in the subway. We’re replacing them with 181 new ones to improve emergency communications for Muni customers and first responders. The upgrade will create a more dependable system so we can respond quickly to emergencies in the tunnels.

The radio project will replace the old analog system, upgrading it to digital technology. The new radio network will feature a computer-aided dispatch and automatic vehicle location system that will allow us to better manage Muni service from the new Transportation Management Center.

The new radios will also improve communications system-wide by expanding audio and visual “next stop” announcements on Muni trains both in the subway and on the surface. These announcements are helpful to all riders and particularly useful for people with hearing and vision disabilities.

In addition, a data and reporting function will assist us with analyzing how we deliver service and managing how we respond to problems with our trains. The project will also expand the radio channels from 11 to 26 to improve communications between the Muni Operations Center, Muni drivers, maintenance workers and stations.

Keeping Muni Moving While We Work

Through January, crews will be hard at work on these improvements every night between 10 p.m. and about 5 a.m., with subway stations closing as early as 9:30 p.m. as trains make their last runs.

While we’re working underground, Muni bus shuttles run in place of train service from 9:30 p.m. to 1:30 a.m. between Embarcadero and St. Francis Circle. Bus shuttles will stop at existing F Line boarding islands along the Market Street subway route and make regular stops between West Portal Station and St. Francis Circle. Yellow half-moon shuttle signs are posted at each of the temporary stops. 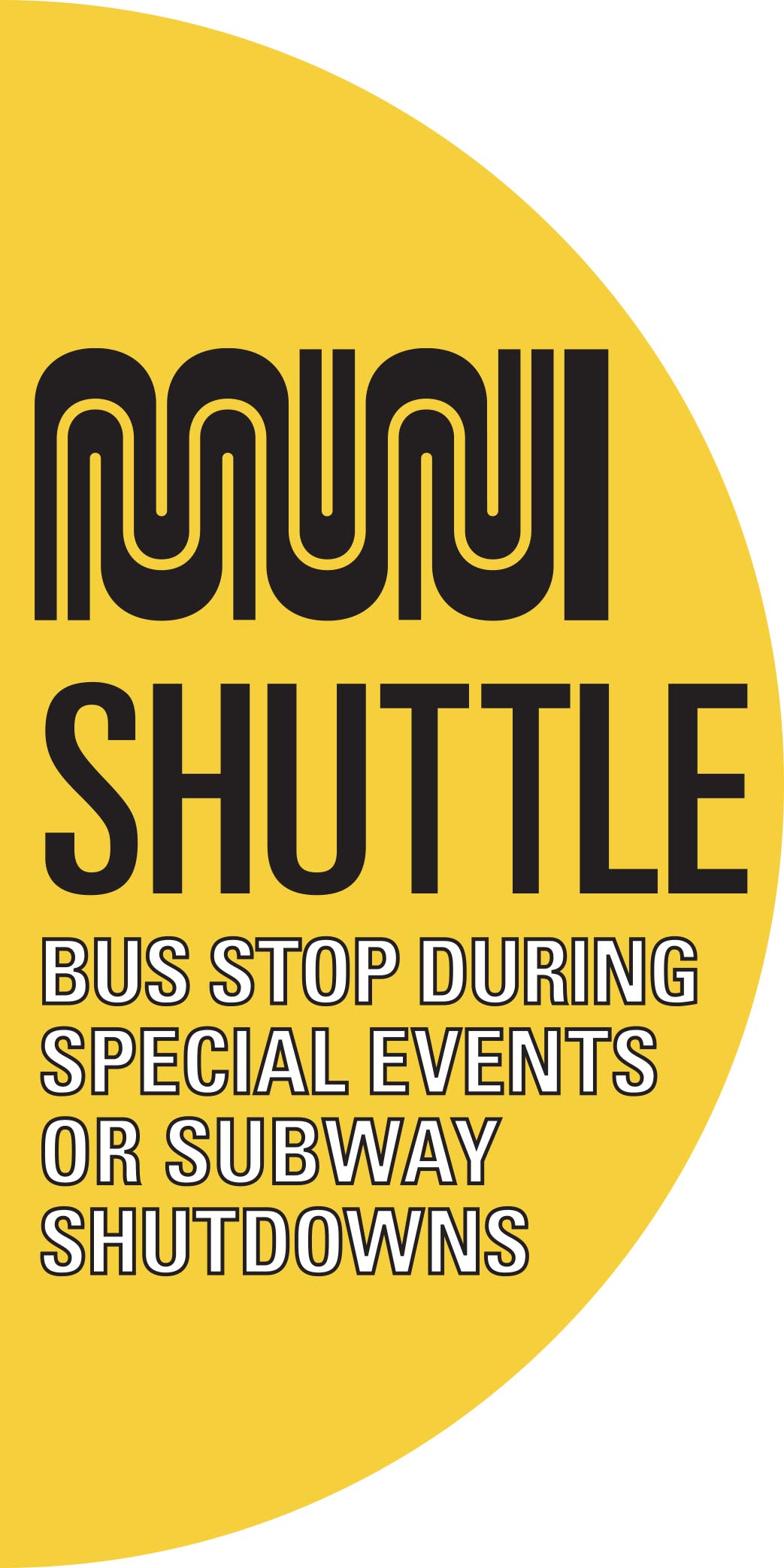 Boarding a Muni Metro shuttle bus? Look out for these half-moon signs marking the pickup spot.

The two communications upgrades are part of the larger Muni Subway System Upgrade Project, which also includes replacing tracks in the tunnel under Twin Peaks next year.

To find out more about these essential upgrades and the bus shuttle service, visit our project page.