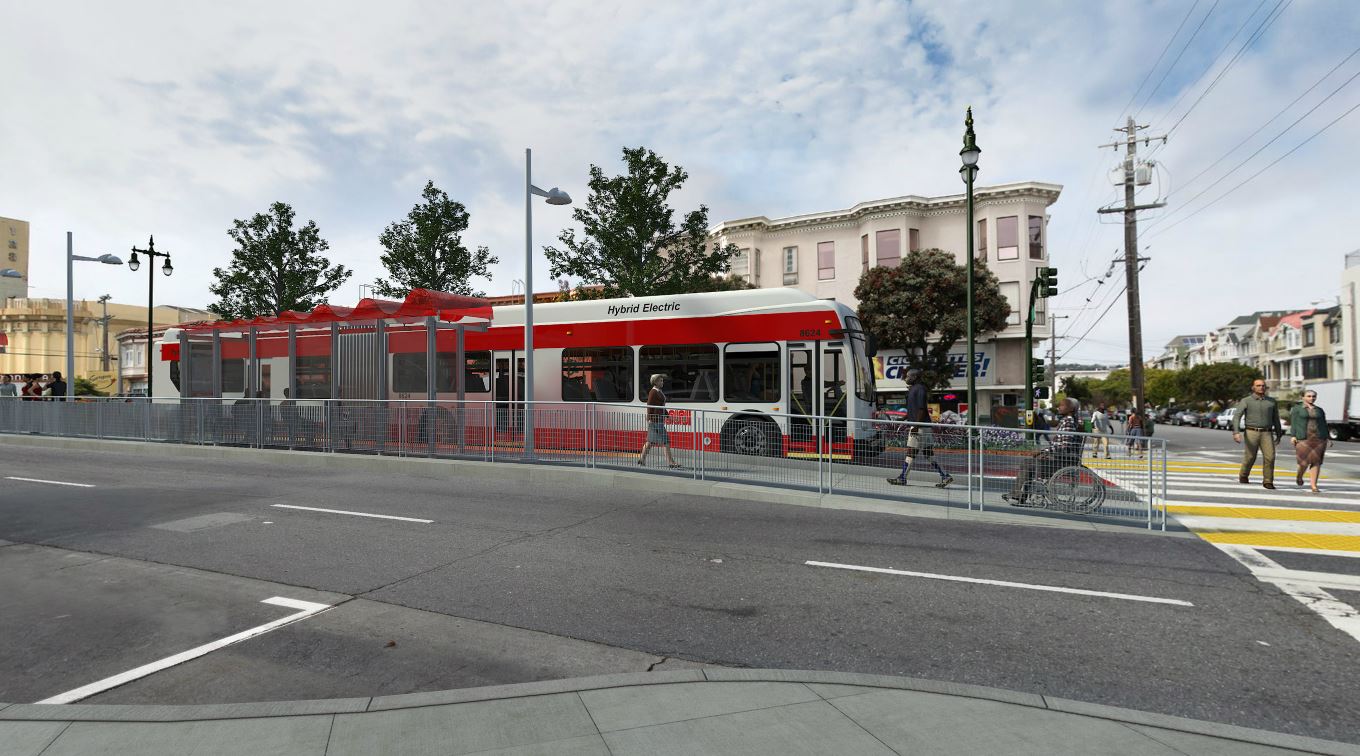 A rendering of Geary Bus Rapid Transit, with center-running bus-only lanes and boarding islands on Geary Boulevard at 17th Avenue.

It's time for an update on Geary Bus Rapid Transit – the plan to improve one of the busiest bus corridors west of the Mississippi.

Over the past year, the SFMTA and the SF County Transportation Authority have worked with communities along the corridor to refine the design details, which you can learn more about below. The proposed transit improvements, like center-running bus-only lanes, would save Muni customers up to 20 minutes round trip and make service more reliable. 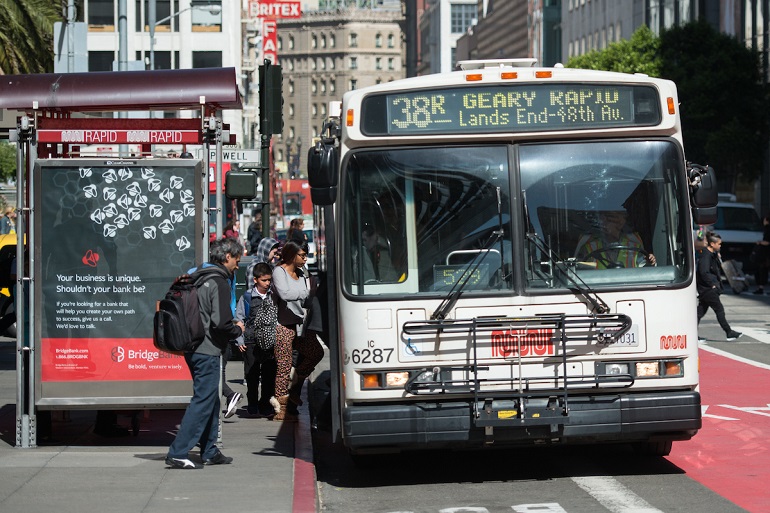 Crowded buses and uneven wait times are all too common for the over 52,000 people who take the 38 Geary, 38 rapid service and 38 rush-hour express routes.

These issues persist even with frequent service on Geary bus routes – provided by longer 60-foot buses – scheduled to run every 2.5 minutes during rush hour, and near-term upgrades to bus lanes implemented recently under Muni Forward.

The Snowball Effect of Growing Ridership

Muni ridership on Geary is expected to increase in the coming years, which will lead to more crowding and uneven service.

That’s because of the snowball effect that results when a bus is delayed.  Whether a bus gets stuck in traffic or misses a green light, any delay means that the gap in service ahead of that bus increases. As more passengers show up to wait for the bus, seconds of delay can quickly turn into minutes, and before you know it, the bus spends twice as much time picking up twice as many passengers. When buses are crowded, seniors and people with disabilities can be left struggling to find a seat.

Meanwhile, the bus behind it catches up, less crowded and on time. For a waiting customer, they may see that the second bus isn’t far behind, but who wants to wait another minute when you're already late?

Geary BRT in a Nutshell 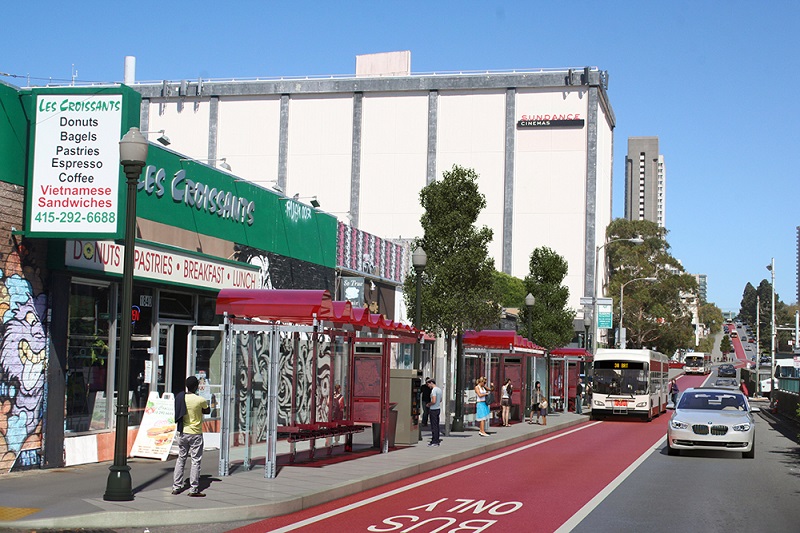 A rendering of Geary BRT, with side-running bus-only lanes and sidewalk extensions on Geary Boulevard at Fillmore Street.

Over the past year, the recommended design was refined by community feedback to better address the needs of the unique neighborhoods along Geary.

The next milestone for Geary BRT will come later this winter with the release of the final environmental review document, which will detail all of the potential benefits and environmental impacts of the proposed changes.

Soon after the document is released, it will go to the San Francisco Board of Supervisors, acting as the SF County Transportation Authority Board of Commissioners, to approve the document and its findings and select a preferred design.

Once a preferred design is selected, the next steps would include development of the detailed design, more community outreach and then construction, which would begin with the extension of red bus-only lanes on Geary from Gough to Stanyan Street in 2017. The project team will take each proposed change to the SFMTA Board of Directors for approval, beginning with the improvements planned for Geary and O’Farrell between Market and Stanyan streets anticipated for summer 2017.