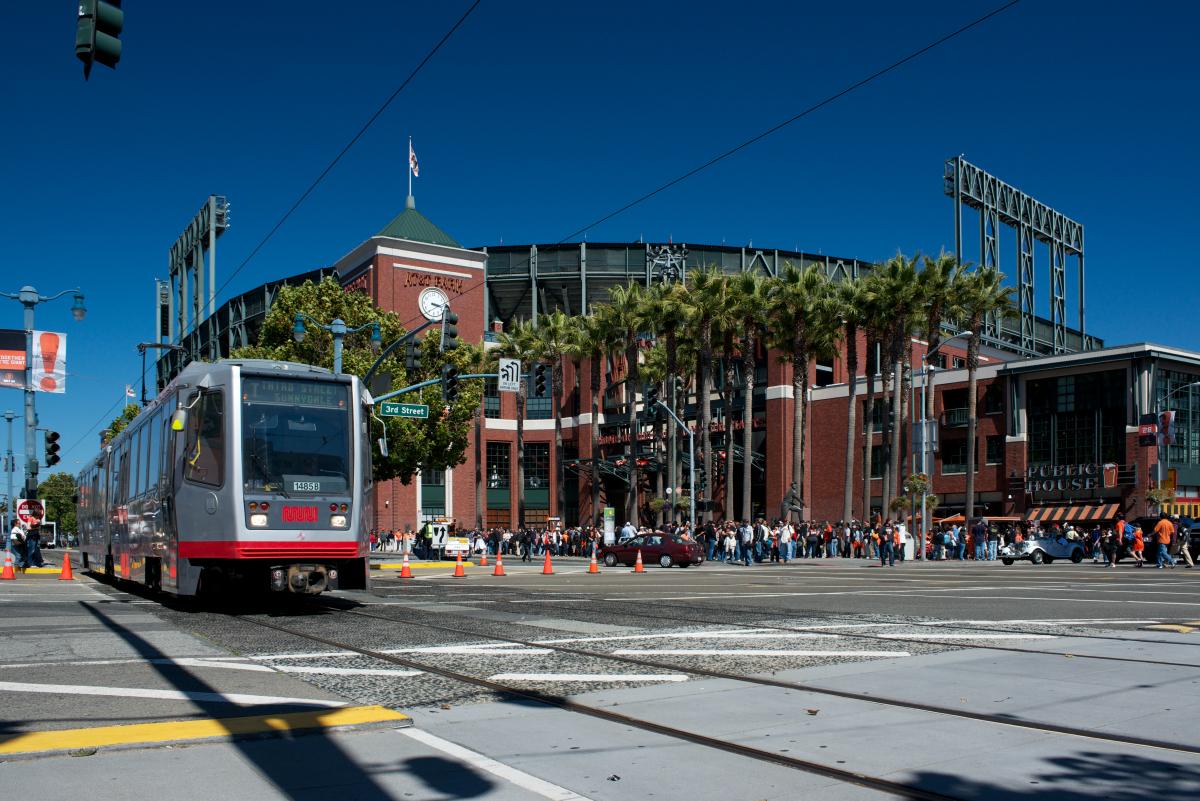 Oracle Park is the home of the San Francisco Giants baseball team. The ballpark is located in the South of Market area at the corner of 3rd and King streets. Oracle Park also hosts other popular events, providing wonderful views and first-rate amenities to make any baseball game or event a memorable one. 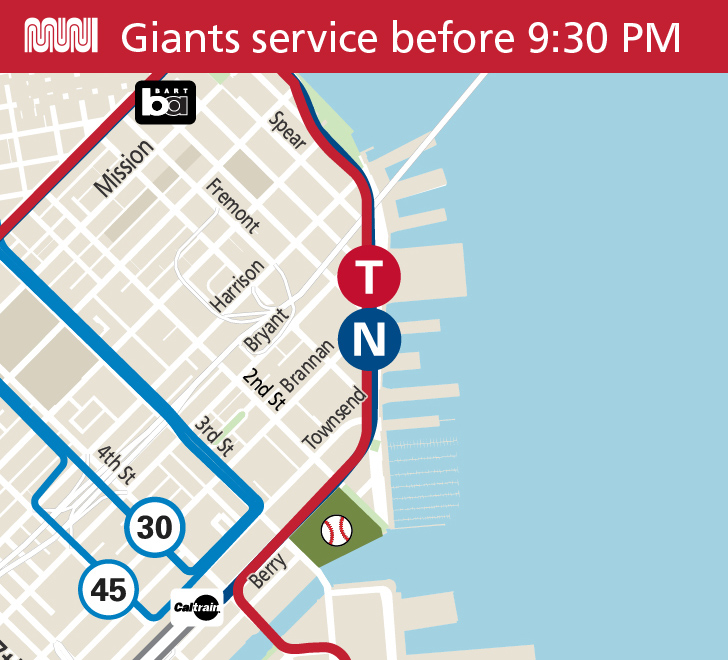 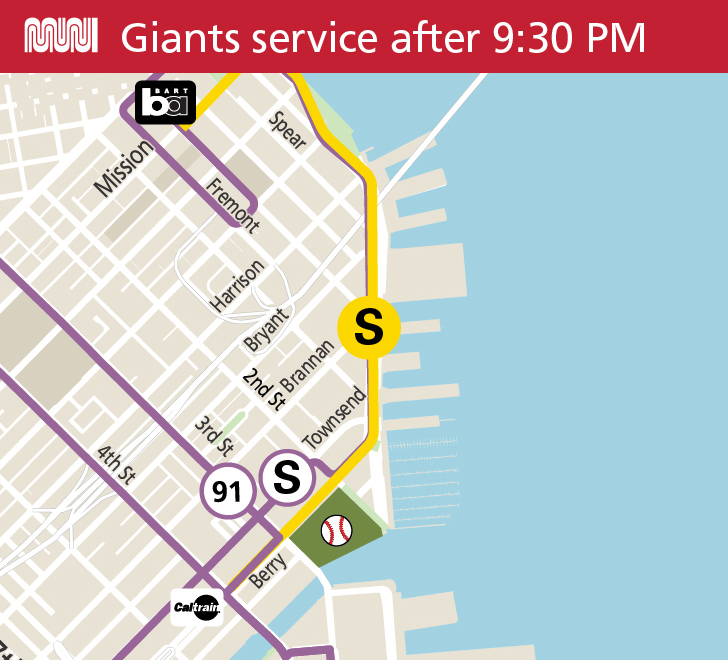 Caltrain to Muni or Walk

There are four taxi zones serving Oracle Park in effect on gameday and other event days.

On the northeast side of the ballpark, beyond left field, there are public bike racks that can accommodate more than 100 bicycles. These racks are located between the 2nd Street and Marina gates.

For more information on getting to Oracle Park by bicycle, visit the Biking to the Ballpark page.

Two and a half hours before the opening pitch, the SFMTA will close eastbound King Street between 3rd and 2nd streets to vehicle traffic. This change is to accommodate social distancing for fans entering the ballpark. King Street will reopen after first pitch until the seventh inning.

From the seventh inning until post-game traffic dies down, the SFMTA will again close eastbound King Street between 3rd and 2nd streets to vehicle traffic in order to reduce congestion on city streets. Additionally, the northbound portion of the 4th Street Bridge (Peter R. Maloney Bridge) will be closed to all traffic except Muni, taxis and bicycles during the post-game period. Giants fans parked south of Mission Creek Channel who are heading north of the channel are encouraged to exit to the south along 3rd or 4th streets in order to avoid congestion on King and 3rd streets after Oracle Park events.

During baseball games and other major events with more than 10,000 expected attendees at Oracle Park, parking meters close to the ballpark will charge a special event rate of $8 per hour. These rates help make more parking spots available in South Beach and Mission Bay and help reduce congestion by discouraging circling for free or cheap parking near the ballpark. For more information and a map of the special event rate area, please visit the Oracle Park and Chase Center Special Event Parking Meter Pricing page.

Several SFMTA garages are located about a 15- to 30-minute walk from Oracle Park. Fans can also take Muni to nearby garages. Rates and hours vary; please visit each garage's page for more information.