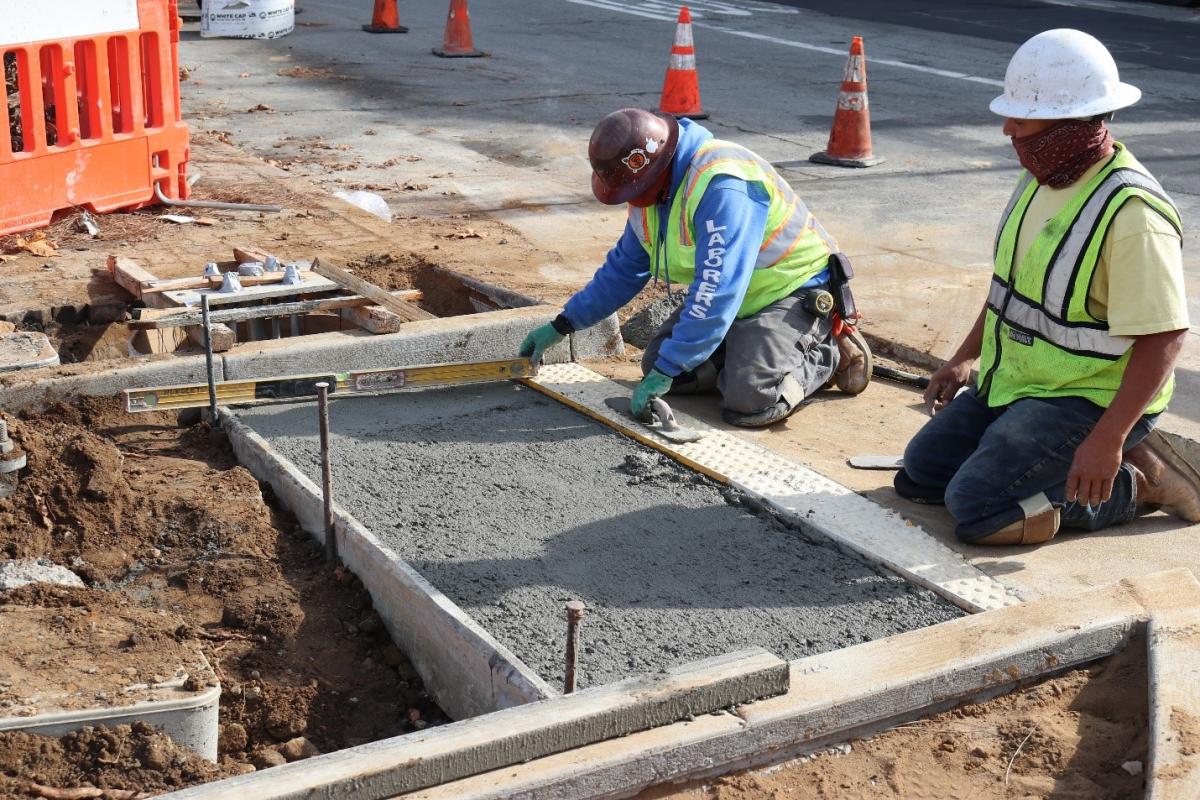 Photo: Crews install tactile dome trim and check the angle of the grade for the curb ramp in the new crosswalk center island at Geary and Laguna.

As part of the Geary Rapid Project, construction continues on surface improvements, including upgraded traffic signals and streetlights, sidewalk extensions at bus stops and intersection corners, improved median refuges and roadway repaving, which are being managed by San Francisco Public Works.  Work to replace aging water pipes east of Van Ness Avenue is currently on pause in observance of the holiday construction moratorium, in support of local businesses. 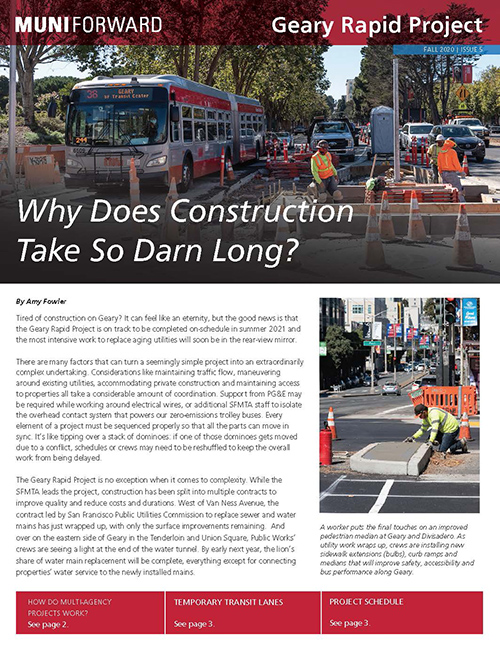 Tenderloin Outdoor Dining is OPEN! Revisit an old favorite or discover a new restaurant along Larkin Street and Golden Gate Avenue (between Larkin & Hyde Street), Thursday - Sunday, 12:00 p.m. to 7:00 p.m. Rather stay in? Check out the latest list of Tenderloin restaurants for takeout/delivery.

Union Square is open for Shop & Dine every Friday and Saturday. Visit the largest collection of retailers in the City to grab lunch and enjoy the decorations in Union Square Park. And starting November 19, the annual Macy’s Holiday Tree will be lit every night through the New Year.

Shop & Dine in the 49. Find information about how to support local restaurants and businesses during the holiday shopping season.