Some parking will be temporarily restricted in construction zones and traffic lanes will be modified during active work.

Thank you to community members who shared their feedback on proposed safety improvements on Geary Boulevard at Commonwealth/Beaumont avenues. The San Francisco Municipal Transportation Agency is proposing to install a new traffic signal at the existing crosswalk, giving a walk signal to pedestrians crossing Geary. Installing a traffic signal here would require making Commonwealth and Beaumont right turn only onto Geary.

Considering the overall support for the proposal from the community and our commitment to improving safety on this high-injury corridor, this proposal will be considered as part of the regularly scheduled SFMTA Engineering Public Hearing on January 24. The meeting agenda (Item 28) and materials are available at SFMTA.com/calendar. The City Traffic Engineer will make the final decision after the hearing. If approved, the proposed safety improvements are expected to be implemented in late 2020.

In fall 2019, we conducted a survey, collecting comments from neighbors via mailer, email/text campaign, posters in the neighborhood and an open house event at Earth’s Coffee. Almost two thirds of respondents were in favor of the proposed changes. We also heard some concerns about left turn restrictions and potential traffic diversions onto other streets.

For details on the proposal or survey results, please visit SFMTA.com/CommonwealthSafety, or contact project staff at 415.646.2300 or GearyRapid@SFMTA.com 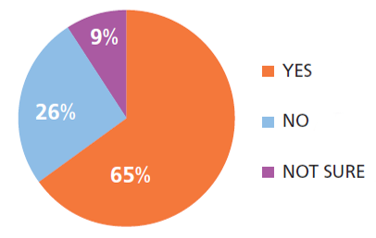 Installing a traffic signal would require making Commonwealth and Beaumont right-turn only onto Geary Boulevard. Is this a tradeoff you would support to improve safety for pedestrians crossing at this intersection?