Skip to main content
UPDATE: The Powell Hyde Cable Car Line will be down for the rest of the day. Hyde cars will route onto the Mason Li https://t.co/4HyTGdomrB (More: 18 in last 48 hours)
Subscribe

This massive civic improvement project has not only brought San Francisco its first Bus Rapid Transit system, a much-needed and globally-proven solution to improve transit service and address traffic congestion on Van Ness Avenue, but also some much-needed work underground. To maximize the benefits during construction, the project also included extensive utility maintenance, civic improvements and safety enhancements that have revitalized this historic corridor.

With an eye toward safety for pedestrians, some of the new features of the improved Van Ness Avenue include bulb-outs and median refuge spaces to shorten crossing distances and extended countdown signals so that those crossing can see how much time they have before the traffic signal changes.

Van Ness was redesigned with inclusivity and accessibility in mind.  Accessible Pedestrian Signals are now located at every crosswalk, and at the locations for boarding platforms, there are additional directions provided for people who are low-vision and blind. Buses pull up directly to the curb at boarding islands to allow a smoother boarding experience for all passengers and their mobility needs as the slope of the ramp is lower. Newly paved sidewalks and bright lighting allow for safer walking or rolling on the corridor.

Bus Rapid Transit on Van Ness is a part of Muni's Rapid Network, prioritizing frequency and reliability for customers. The planned improvements are expected to cut travel times for Golden Gate Transit and Muni's 49 Van Ness/Mission and 90 San Bruno Owl buses by 32%.

Some features of Bus Rapid Transit on Van Ness include: 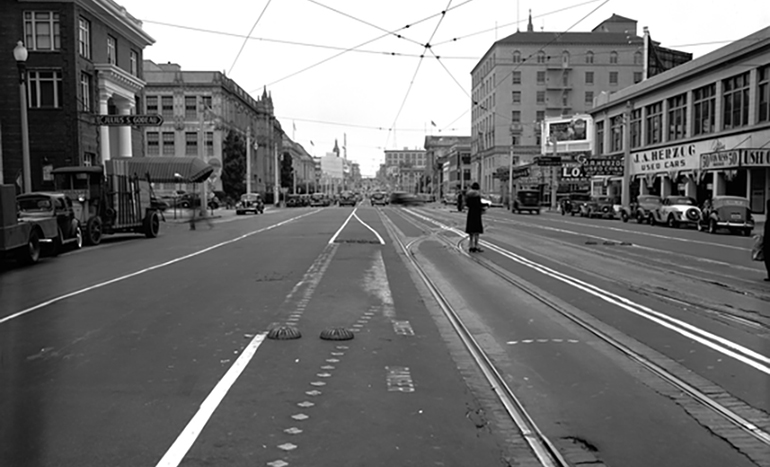 When it was first surveyed in 1856, Van Ness was intended to be the City’s spine. Mansions of prominent families populated the northern end while the southern had dense working-class housing. Serving as a firebreak after the 1906 earthquake, Van Ness saved the western part of the city. By the 1920s, grand auto showrooms peppering the corridor made Van Ness the west coast’s largest Auto Row. Once the Golden Gate Bridge was built, it shifted toward regional auto travel. Since the '90s, transportation plans prepared by the San Francisco County Transportation Authority and Muni recognized the need to establish rapid transit service on Van Ness Avenue. In 2003, 75 percent of voters approved the sales tax to plan rapid transit service on Van Ness Avenue. In September 2013, the Board of Supervisors, acting as the San Francisco County Transportation Authority Commission, unanimously approved the Van Ness Bus Rapid Transit Project, the core of the Van Ness Improvement Project. Construction of the project began in October 2016.

Today, the Van Ness Avenue corridor serves as a vital connector of neighborhoods and a regional link for travel between Marin, San Francisco and San Mateo Counties. Van Ness Avenue is one of the busiest north-south corridors in the city, serving over 16,000 Muni customers daily on the 49 Mission/Van Ness and 90 San Bruno Owl bus routes as well as Golden Gate Transit customers. It is part of the California State Highway System and of US Route 101, a primary artery that connects Interstate Highways 280 and 80 with the Golden Gate Bridge. 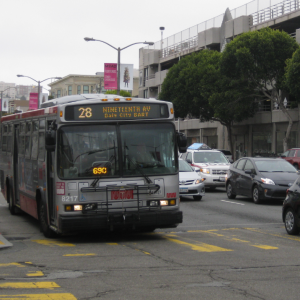