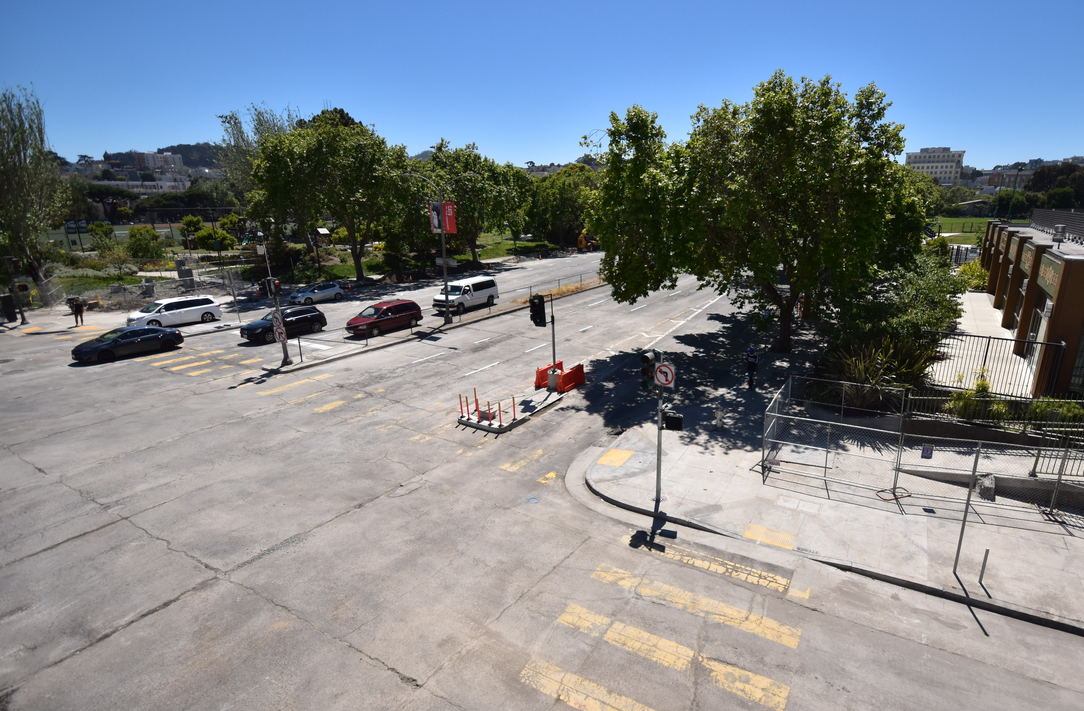 The pedestrian bridge over Geary Boulevard at Steiner Street was removed this past Memorial Day weekend in preparation for construction of safer street level crosswalks. 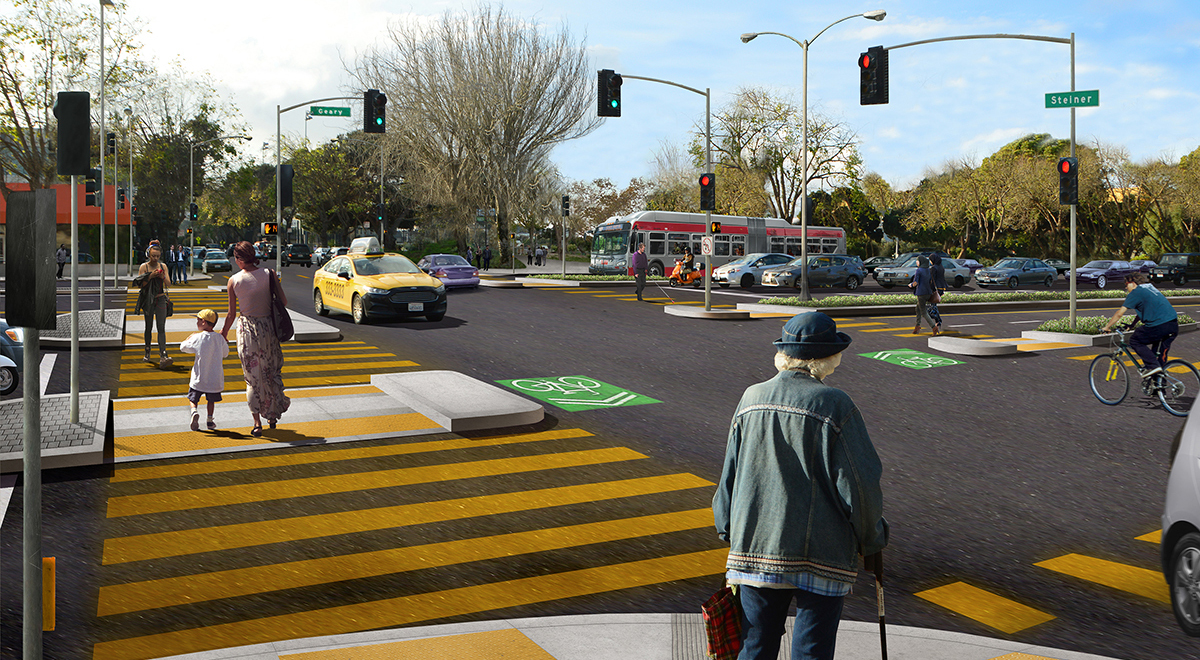 The pedestrian bridge at Geary Boulevard and Steiner Street was removed this past Memorial Day weekend and the streets were reopened to traffic on Sunday night, a day ahead of schedule. The removal of the 58-year-old overpass was done by Silicon Valley Demolition and overseen by San Francisco Public Works.

Over the next few weeks there are some smaller tasks remaining, including demolishing the spiral ramp foundation on the southwest corner and removing a pier foundation in the northwest corner sidewalk. Minor median and streetlight work is also planned at this intersection soon.

Later this year the bridge landing areas will be renovated with new amenities for the adjacent Hamilton Recreation Center and Raymond Kimbell Playground. After Geary Rapid Project utility upgrades are completed, new corner sidewalk extensions and larger median refuges will be installed along with an upgraded traffic signal to provide safer and more accessible street-level crossings on both sides of the intersection.  Please visit SFMTA.com/SteinerBridge for more details including before and after renderings.

Due to staffing shortages, the SFMTA has made some necessary service reductions during the order to shelter in place. Core Service bus routes are operating daily from 5:00 a.m. to 10:00 p.m. A reduced Owl network is operating at an earlier start time, from 10:00 p.m. to 5:00 a.m. Visit SFMTA’s COVID-19 page for the latest service and citation information.

Please practice physical distancing when waiting for, boarding, and riding Muni, and wear face coverings on Muni, per the citywide public health order.

Where do I find information on Small Business Loans and Grants?

Can I be evicted from my commercial property during the Shelter in Place order?