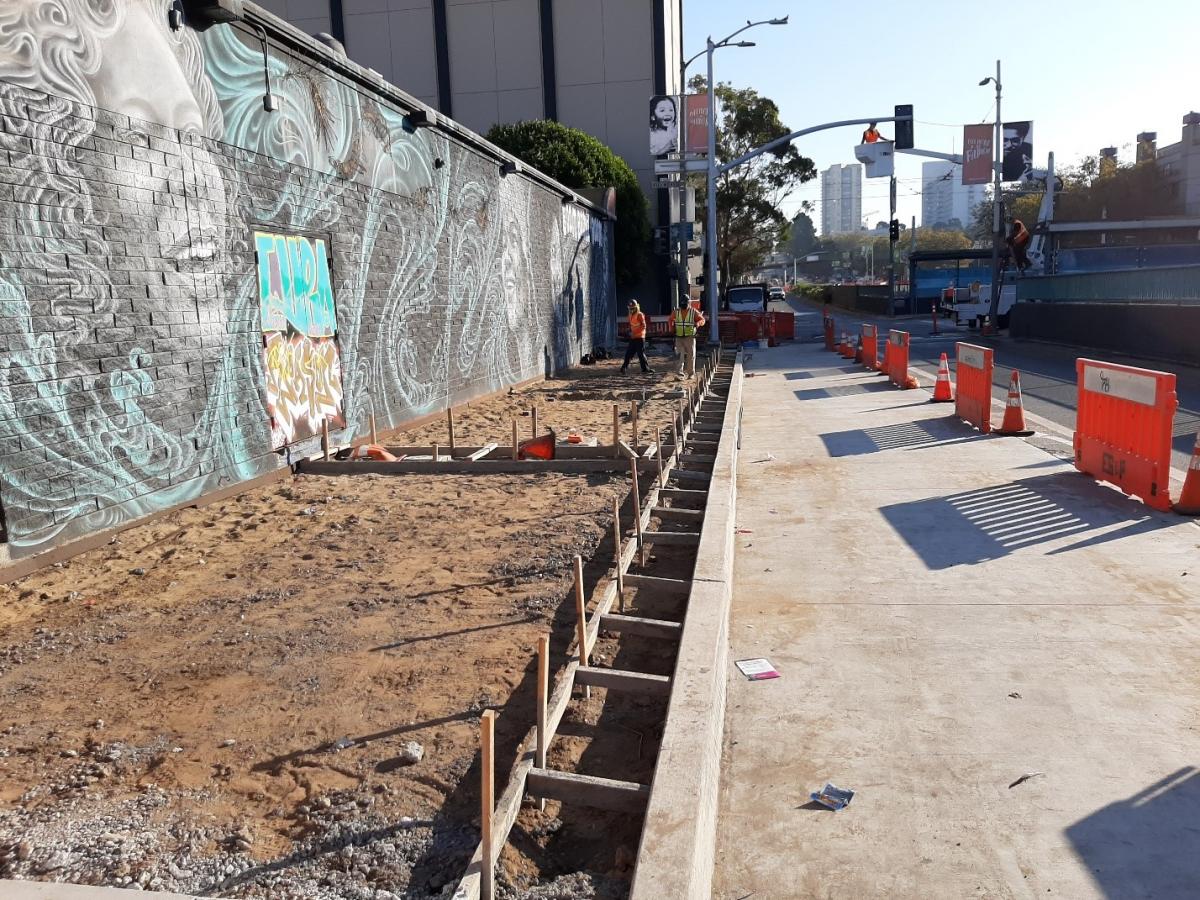 Photo: Crews constructing the new bus bulb out for the outbound 38 Geary stop at Fillmore in the foreground while other crews install new traffic signals in the background.

Geary Rapid Project construction is currently scheduled to continue during the shelter in place order, with crews observing social distancing requirements and a safe working environment. The following two-week construction forecast is subject to change due to weather delays or unexpected field conditions. No work is planned on Thursday and Friday, November 26-27 as crews are observing the Thanksgiving holiday.

Japantown misses you! Saturdays and Sundays, 11:30 a.m. to 8:00 p.m. until November 29th visit Japantown’s Picnic at the Plaza to nosh on noodles, snack on sushi, devour your donburi, munch on matcha cake, sip your sake, and swig your Sapporo. Support your favorite restaurants and markets.

The holidays are upon us and Union Square is open for Shop & Dine every Friday and Saturday. Visit the largest collection of retailers in the City to grab lunch and enjoy the decorations in Union Square Park. And starting November 19, the annual Macy’s Holiday Tree will be lit every night through the New Year.