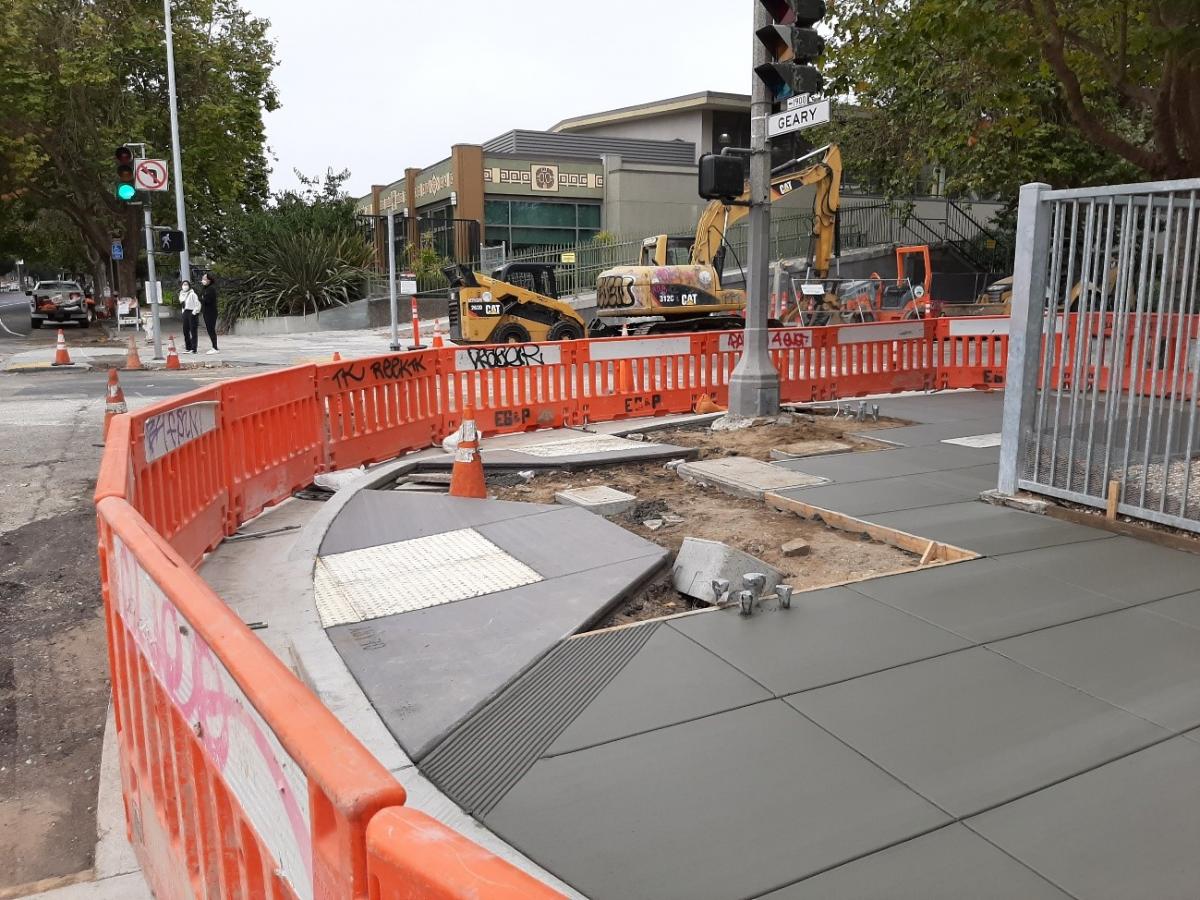 Photo: New sidewalk bulb-out under construction at Geary and Steiner

Geary Rapid Project construction is currently scheduled to continue during the shelter in place order, with crews observing social distancing requirements and a safe working environment. The following two-week construction forecast is subject to change due to weather delays or unexpected field conditions. No work is planned on Monday, September 7 as crews are observing the Labor Day holiday. 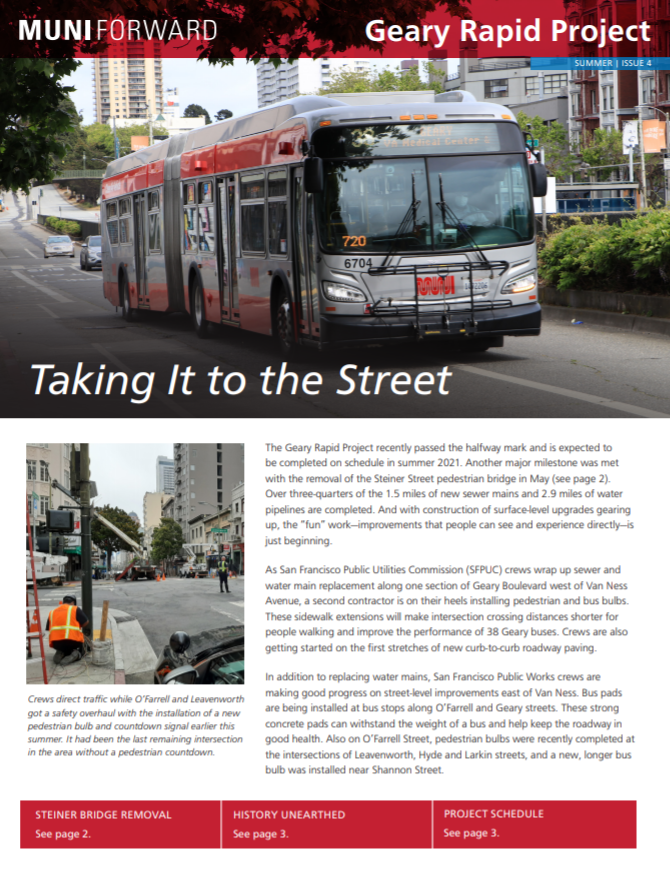 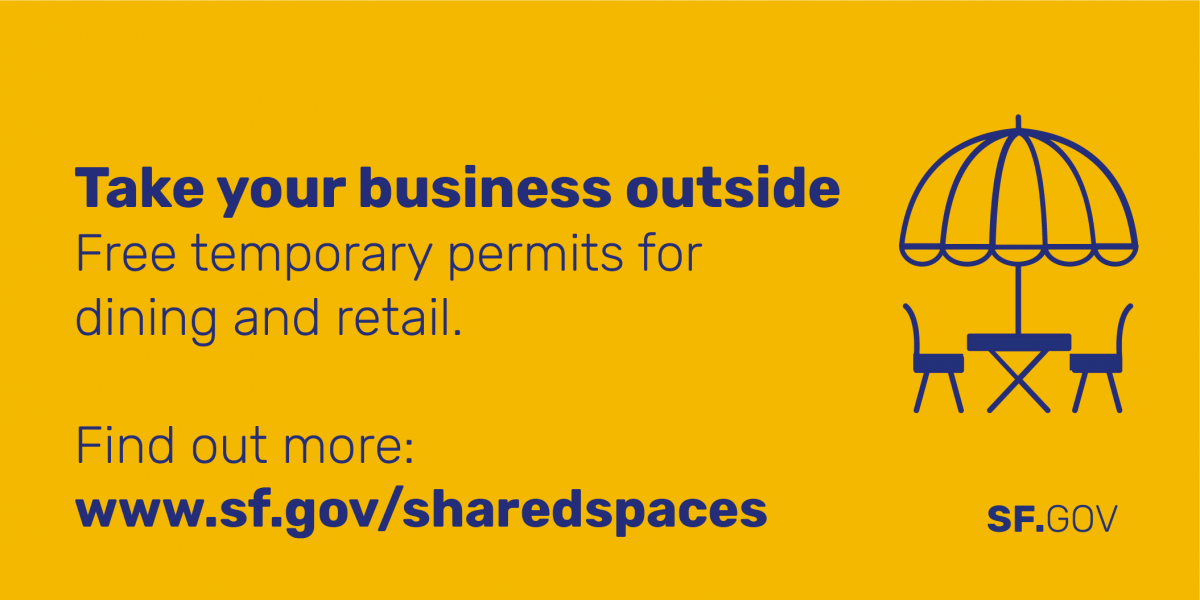 For the most up to date service information, parking enforcement, and other updates visit SFMTA.com/COVID.