Q: How is service changing on January 7?

A: On January 7, 2023, the new T Third route will start with service from Chinatown-Rose Pak to Sunnydale via Central Subway. The T Third will continue north at 4th and King streets and connect to the new Central Subway stations instead of turning onto King Street and running along the Embarcadero and the Market Street subway.

The K Ingleside will no longer be combined with the T Third but will continue its regular route between Balboa Park and Embarcadero Station. Customers traveling to stops along the Embarcadero, the baseball stadium at 2nd and King streets and Caltrain should transfer to the N Judah. Customers going to Sunnydale should transfer at Powell Station to Union Square/Market Street Station for the T Third.

Special weekend service during November and December 2022 gave customers a chance to preview the new stations ahead of the January 7 permanent service change.

To get to Chinatown: If you’re already on the T Third, stay on! If you’re on another Metro route or BART, transfer at Powell Station. Go up to the concourse level and exit the fare gates but stay inside the station and follow signs and Ambassadors toward “Central Subway” to the Union Square/Market Street Station. At Union Square/Market Street Station, board T Third trains northbound to Chinatown-Rose Pak Station.

To get to other regional transit like SamTrans and AC Transit: The best option is to connect at the Salesforce Transit Center on Beale Street between Mission and Howard streets, approximately a block south of Embarcadero Station. From the new T Third line via Central Subway, transfer at Union Square/Market Street Station to Powell Station and take any Muni Metro route to Embarcadero station. All other Metro routes will continue to serve Embarcadero Station.

Q: How long do customers have to make a transfer before being charged again?

A: 2 hours. Plenty of time to navigate between Powell Station and Union Square/Market Street Station! But note that during special weekend service, rides in Central Subway are free. Starting January 7 customers will need to tag into the fare gates.

A: If you are accessing Union Square/Market Street Station on Muni, exit the train and look for signage on the platform toward Ellis Street. Go up to the concourse level and look for additional signage toward Powell Station, J, K, N, M.

Q: How do I know which side of the platform to board at Chinatown-Rose Pak Station?

A: Trains may enter and exit from both sides of the platform at Chinatown-Rose Pak Station. Displays will show train departure times. This is different from other Muni Metro stations. Customers should look at the displays on either side to see which train will depart soonest and listen for audio announcements.

In Union Square/Market Street Station and Yerba Buena/Moscone Station, signs indicate the direction and destination of the trains on either side of the platform, such as “Southbound, Sunnydale” and “Northbound, Chinatown.”

Q: The stairs and escalators are long! Is there an alternative?

The new Central Subway stations are very deep! They have some of the longest stairways in the country. The stairs and escalators can feel daunting for some. Please hold on to the railings when using the stairs, take your time and move safely. Remember to stand to the right and walk on the left on the escalators.

We will also be adding multilingual and accessible labels to the elevator buttons in all the stations.

Q: How do I get to Caltrain from West Portal?

Alternately, take any Metro route eastbound at West Portal to Powell Station. Exit at Powell Station to street level, walk east to 4th and Market streets (about four minutes) and catch the 30 Stockton or 45 Union/Stockton in front of Trader Joe’s on 4th Street.

Q: How do the rail changes affect my bus route?

A: The T Third Bus will now serve Chinatown, running along 3rd and 4th Streets in SoMa and on Stockton Street north of Market Street to align with the new T Third rail line and will no longer travel on the Embarcadero and Market Street. Otherwise, the change in Muni Metro service does not affect any other Muni bus routes. However, the new T Third provides a new alternative to multiple bus routes that also serve the SoMa/Union Square/Chinatown areas. These include the 8 Bayshore, 8AX Bayshore Express A, 8 BX Bayshore Express B, 15 Bayview Hunter’s Point Express, 30 Stockton and 45 Union/Stockton.

Q: How will the new T Third affect service in Bayview?

A: Many Muni routes will continue to serve the Bayview, Dogpatch, Visitacion Valley neighboring areas, including the T Third, 8 Bayshore, 8AX Bayshore Express A, 8BX Bayshore Express B, and 15 Bayview Hunters Point Express. Starting January 7, the T Third Metro line will run between Sunnydale and Chinatown via Central Subway, providing a more direct trip with fewer stops to SoMa, Union Square and Chinatown, and it will continue to serve Chase Center.

To connect to BART from the new T Third line via Central Subway, riders should get off at Union Square/Market Street Station and walk underground to Powell Station, which is served by both Muni and BART.

Q: Was there public outreach about these service changes, the new stations and connections?

A: Yes! Since October 2022 the SFMTA has taken the following steps to communicate Central Subway service changes:

And we're not done yet. Ambassadors will continue to provide assistance to customers through February 2023. 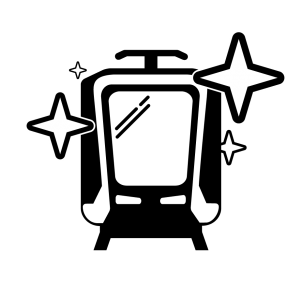