Please see Travel & Transit Updates for current updates. We are keeping this page as a record of SFMTA service.

Sunday Streets transforms city streets into car-free spaces for community health and connection. Streets will be closed for the event and Muni will reroute buses around the event area. Read below for more information.

The following streets will be closed to automobiles from 10 a.m. to 4:30 p.m.

Golf course access will be allowed from Fulton & 47th Ave only.

Through traffic will be allowed on:

The San Francisco Police Department, Recreation and Park Department and the SFMTA will be present to control traffic.

The 18 46th Avenue Route will reroute starting at 9:30 a.m. until streets are clear, about 4:30 p.m. The table below lists which stops will be missed.

We want you to be safe! Muni vehicles stop only at existing marked Muni stops.

The following lines and routes might experience delays due to increased traffic from 9:30 a.m. to 4:30 p.m.: 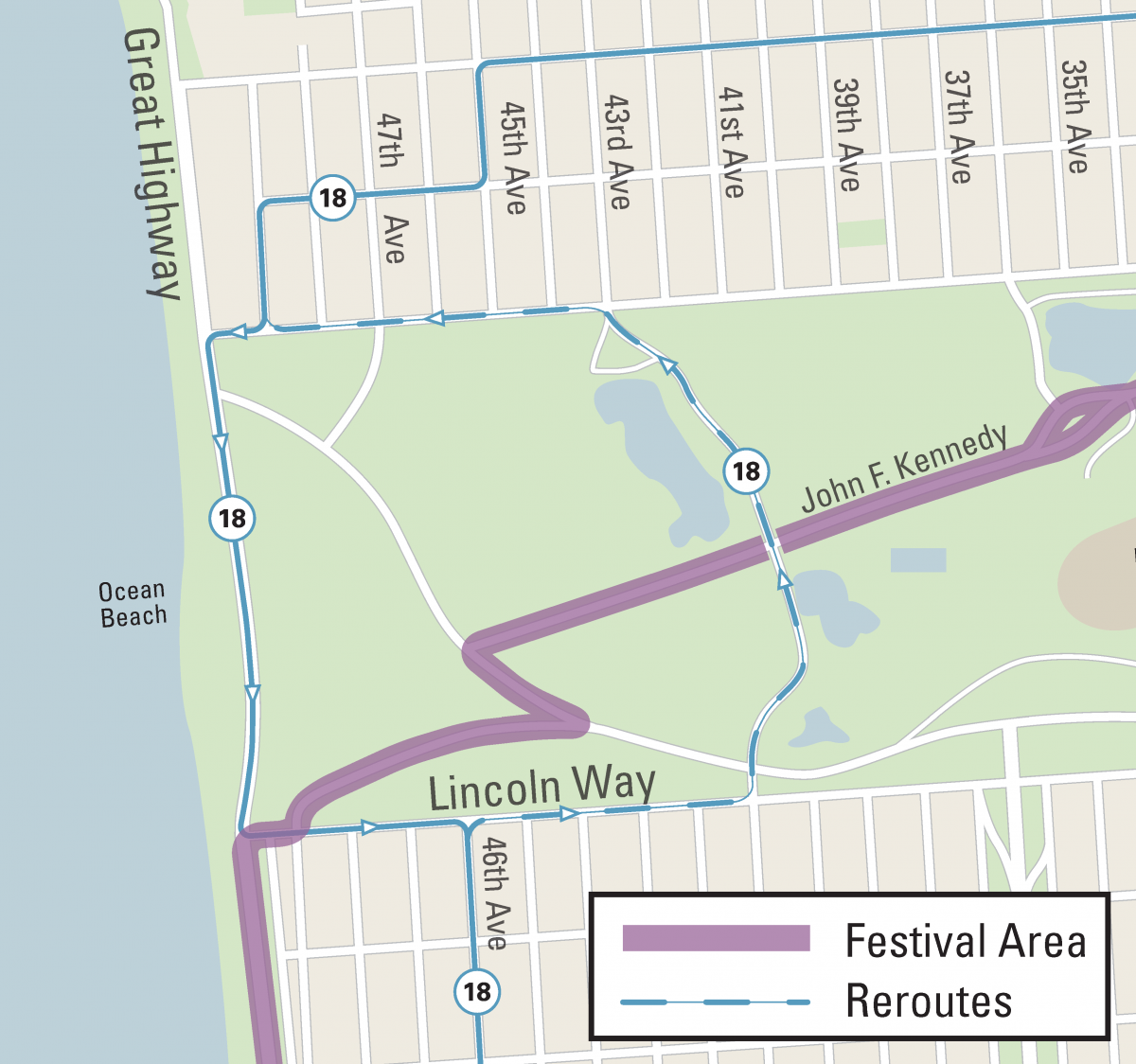