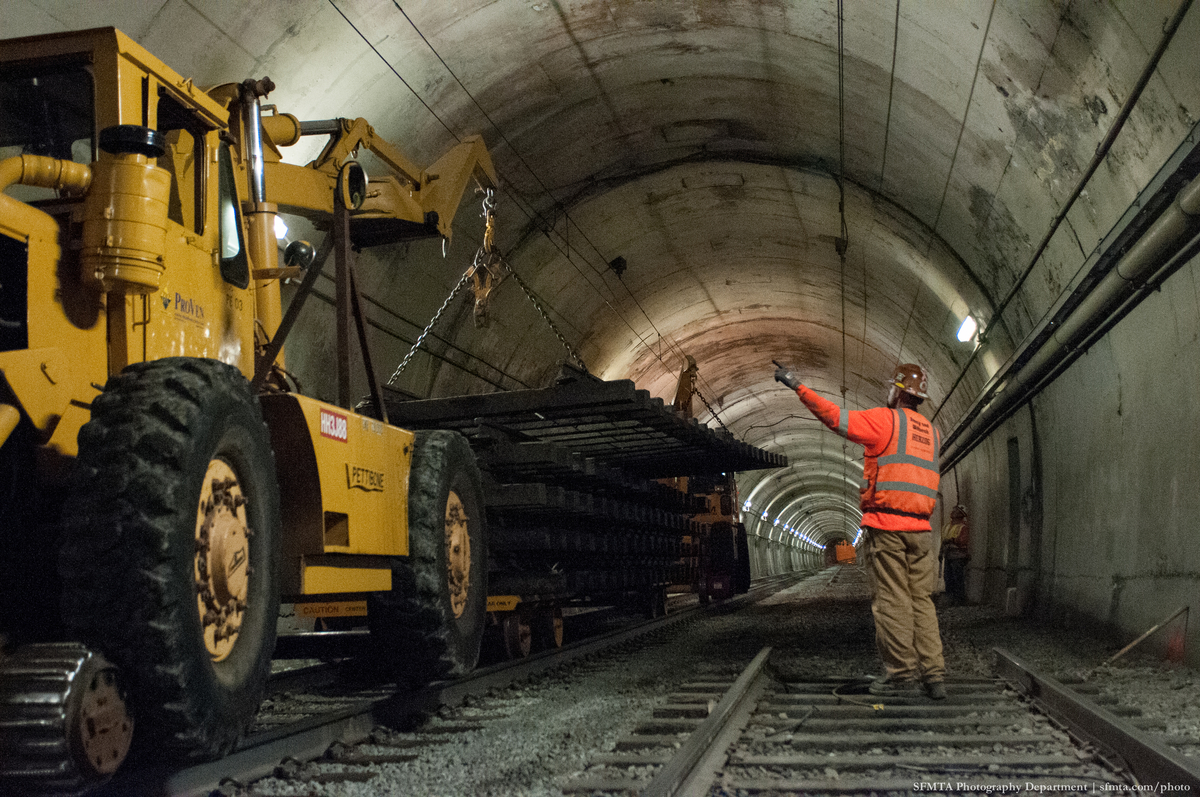 As part of the Sunset Tunnel Trackway Improvement Project, the San Francisco Municipal Transportation Agency (SFMTA) will resume the weekend construction on the Sunset Tunnel. The work will start from 2 a.m. Saturday, Nov. 14 and continue until 3:30 a.m. on Monday, Nov. 16. The project includes seismic upgrades to the tunnel portal retaining walls and its foundations and replacement of aging track and other infrastructure inside the Sunset Tunnel, which will help improve safety and reliability of the N Judah rail service for Muni customers.

The next weekend construction is tentatively scheduled for Nov. 21. There will be more weekend work slated for early next year to make up for the rescheduled work.

While Sunset Tunnel is closed for construction, bus shuttles will substitute for the N Judah rail service between Church & Duboce and Ocean Beach from about 5 a.m. Saturday until end of service at 2 a.m. on Monday. The 4th and King streets Construction under Central Subway Project is scheduled to start at 10 p.m. on Friday, Nov. 6 and run through Saturday, Nov. 14. During this period, the N Judah LIne will end at a temporary platform on King Street between 3rd and 4th streets. Working concurrently with the subway nightly early shutdown, the N Judah customers traveling to Caltrain on an N bus will have to do one of the two things.  (1) Before the subway is closed starting at 9:30 p.m., transfer to the N Judah train at Church & Duboce traveling to the last stop on King Street. OR (2) After 9:30 p.m., take Muni service on Market Street to Embarcadero and transfer to a T bus on Saturday or a T train on Sunday to continue the trip.

To take advantage of the work window provided by the Sunset Tunnel construction, another crew will be installing signal loops between the tracks at the intersection of Judah Street at 9th Avenue. The work will be done as part of the Transit signal Priority (TSP) system updates. During the work hours from 8 a.m. to 5 p.m. Saturday and Sunday, the intersection will remain open. In order to keep the traffic flow, the inbound and outbound accessible platforms will be out of service. Buses will provide wheelchair access at the curb stops. The inbound and outbound N buses will be rerouted from 9th Avenue to 10th Avenue, stopping at 10th Avenue and Judah Street.

What to Expect during Weekend Construction:

Maximizing construction opportunities, the SFMTA has integrated multiple construction components under the Sunset Tunnel project in order to minimize the inconveniences for both N Judah riders and the community around the construction area.

The Transit Signal Priority (TSP) system upgrades are taking place at nine intersections sequentially along the N Judah Line. On the November 14 weekend, crews will be working at the intersection of Judah Street at 9th Avenue. Here is information for the neighbors to know:

The construction of the wheelchair accessible platforms on Judah and 28th Avenue was successfully completed in late March. The westbound and eastbound stops are now being served by N Judah trains.

The new platform include longer boarding islands and ADA (Americans with Disabilities Act) compliant curb ramps, making Muni Metro system safer and easier to use for all customers.

Dec
6
No meeting due to COVID-related restrictions: Potrero Yard Modernization Project Working Group Meeting #30 Canceled Due to COVID-related restrictions, the December Working Group meeting has been canceled.
Dec
6
Youth Transportation Advisory Board (YTAB) Regular Meeting, December 6, 2021 Microsoft Teams meeting Join on your computer or mobile app Click here to join...
Dec
7
Board of Directors meeting, December 7, 2021 Due to the COVID-19 health emergency and to protect our Board members, SFMTA staff, and members of... 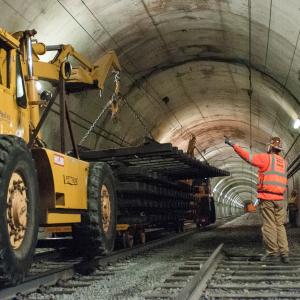