The 54 Felton links the Ingleside, Oceanview, Excelsior, Portola and Bayview/Hunter's Point neighborhoods to Daly City BART and other transit connections.

In the Excelsior neighborhood, a segment of the 54 Felton route runs on Athens Street. A narrow portion of Athens Street does not allow for the bus and another vehicle to pass. Based on feedback from neighbors and the District 11 Supervisor's office, the SFMTA is proposing an update to the 54 Felton route to address this concern and improve safety.

As shown on the map below, the proposed updated 54 Felton route would run both directions on Moscow Street. Based on community feedback, the original proposal was updated to continue to serve Prague Street between Russia and Persia streets. Moscow is a wider street on which the bus already operates safely in one direction. This change would: 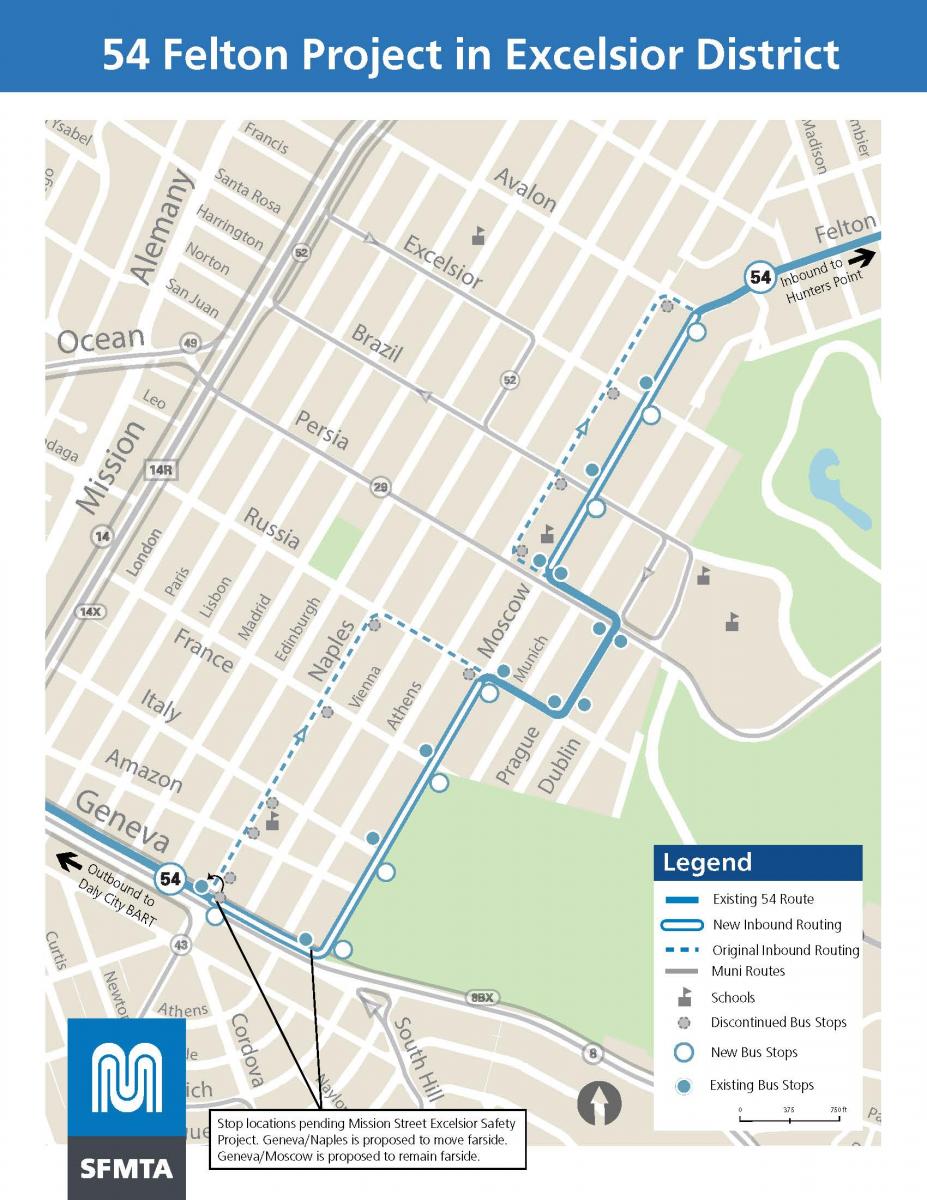 Thank you for your Feedback

Thank you to the over 475 Muni customers and community members along the route who provided input on the proposal. Feedback was received from the District 11 Supervisor, 54 Felton customers, local schools, community organizations, transit, senior and disability advocacy groups and neighbors living near the proposed 54 Felton route. Feedback surveys were offered both online and in person in four languages (English, Chinese, Spanish and Filipino).

A majority of survey respondents supported the proposed route change onto Moscow Street. Based on additional feedback from local high schools, seniors and people with disabilities, the proposal was updated to continue to serve Prague Street between Russia and Persia streets – maintaining access for students at June Jordan School for Equity and City Arts and Tech High School, as well as residents near Prague Street.