The Harney-101 Transit Crossing Project would provide undercrossing improvements at Alana Way underneath Highway 101, as well as on nearby streets. These improvements are critical as large development projects in the Bayview, Hunters Point, and Visitacion Valley neighborhoods are built in the near future. Candlestick Point-Hunters Point Shipyard and Executive Park are the largest planned developments in the area and will bring significant numbers of residents, employees, and visitors into the area. Also, demand on the transportation network will eventually increase within the surrounding neighborhoods.

At the gateway to these neighborhoods, the narrow Alana Way undercrossing beneath Highway 101 will become a critical link in the transportation network as the area grows. The undercrossing currently lacks facilities for transit, pedestrians and bicyclists, and will be unable to accommodate future vehicle volumes. The Harney-101 Transit Crossing Project would improve the undercrossing to provide these facilities and improve connections between Harney Way and Thomas Mellon Circle to Alana Way and Beatty Avenue. The project would also allow buses to quickly and effectively reach key destinations such as downtown San Francisco and Bayshore Caltrain Station. This will help accommodate and prioritize the new transit service planned as part of the new development and the Southeast Muni Expansion Project.

Several new development projects are anticipated to be built in the area. The largest, the Candlestick Point and Executive Park developments, will bring approximately 14,300 housing units and 5 million square feet of commercial space into the area. The Candlestick Point-Hunters Point Shipyard development includes plans for several new Muni bus routes and extensions that connect Bayview, Hunters Point, and Visitacion Valley neighborhoods to additional transit connection points and downtown locations. These new Muni bus routes and extensions are currently being studied as part of the Southeast Muni Expansion project.

As a result of development plans and travel patterns changing over the years, the SFMTA intends to update the transit plan through the Southeast Muni Expansion project. These improvements will provide meaningful benefits to both existing and future communities by enhancing service to key destinations such as downtown San Francisco, the Mission District, Zuckerberg San Francisco General Hospital, and regional transit stations.

In addition to enhanced transit service, the SFMTA is in the process of ensuring that the street network can accommodate additional employees, residents, and visitors to the area. As one of the only streets providing access to the Executive Park and Candlestick Point development sites, the Alana Way underpass beneath Highway 101 will become a key gateway to the area. Its current design lacks pedestrian, bicycle, and transit facilities, and is insufficient to support the level of growth anticipated in the area.

Potential near-term improvements will include roadway upgrades to support transit, pedestrian, and bicycle activity in this area with improved access around and under the Highway 101 underpass along Harney and Alana ways. There would be new pedestrian and bicycle paths on the streets leading to the underpass as well. The project would serve as an interim step towards a full upgrade of the interchange, should additional growth occur in the future. 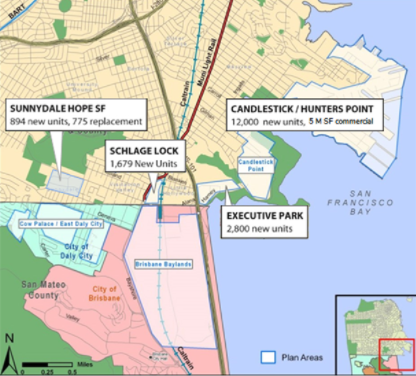 Harney Way begins at the end of Jamestown Avenue near Candlestick Point and travels under Highway 101 towards the Visitacion Valley neighborhood. Currently, this area has a sparse street network, but will be the primary gateway to the Candlestick Point and Executive Park planned developments. 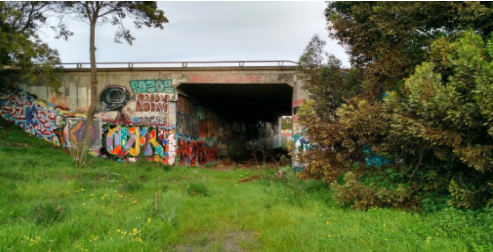 The Highway 101/Alana Way undercrossing is only 36 feet wide with one lane in each direction. The undercrossing does not have any sidewalks or bicycle facilities, and there is no room to add these facilities within the current design. 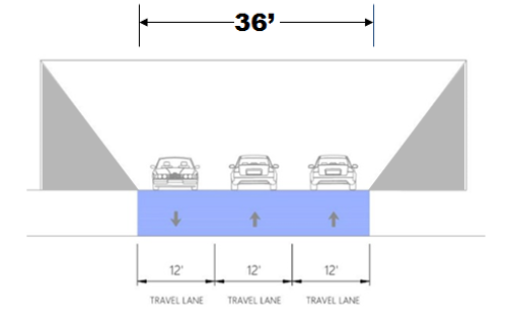 A one-way transit only lane heading eastbound through the abandoned rail tunnel just south of the 101 interchange is also being analyzed. This would help express buses coming from downtown avoid traffic congestion with their own dedicated bus lane. Buses traveling in the opposite direction would not need to utilize the tunnel.

Overall potential improvements could include: 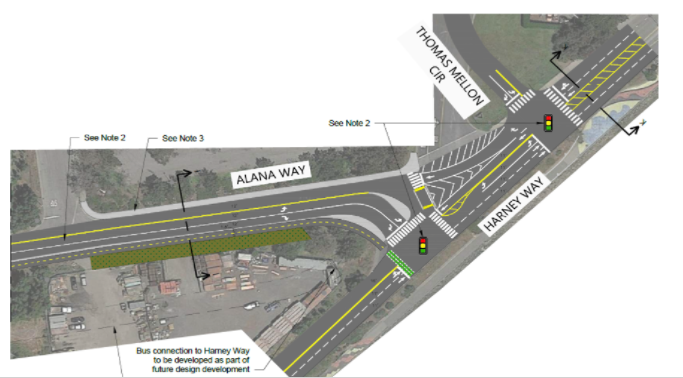 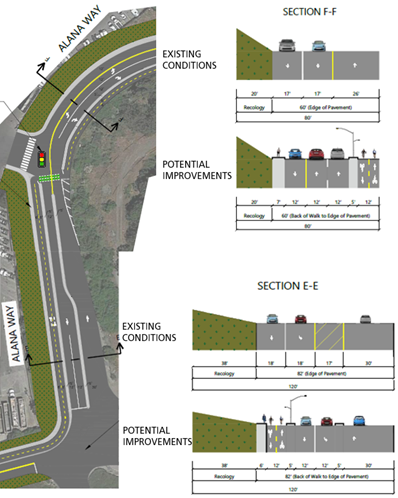 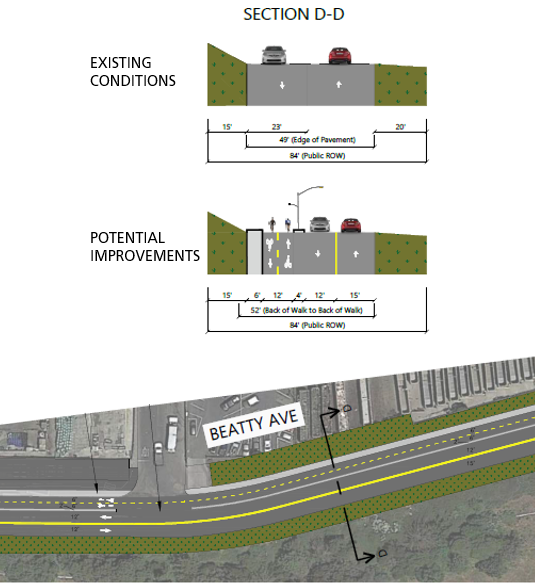 The potential improvements would help the transportation network accommodate planned growth in the near-term and could serve as a first step towards comprehensive infrastructure upgrades around the Highway 101 interchange if growth occurs in the future (i.e. an extension of Geneva Avenue to directly connect with Harney Way).

The SFMTA developed these potential street improvements to inform future development project infrastructure planning and in conjunction with the Southeast Muni Expansion's recommended bus service improvements. In early 2020, SFMTA staff will be gathering community feedback to inform which components should move forward and how they should be implemented.