To reduce travel times and enhance reliability on the routes that make up its proposed Rapid Network, the Muni Forward project identifies a variety of Travel Time Reduction Proposals (TTRPs), which are engineering strategies oriented to specifically address the delays vehicles face along rapid routes. As a part of the proposed Rapid Network, the 9-San Bruno has its own toolkit of TTRPs, which specifically target the evaluated causes of delays within the 9-San Bruno corridor. 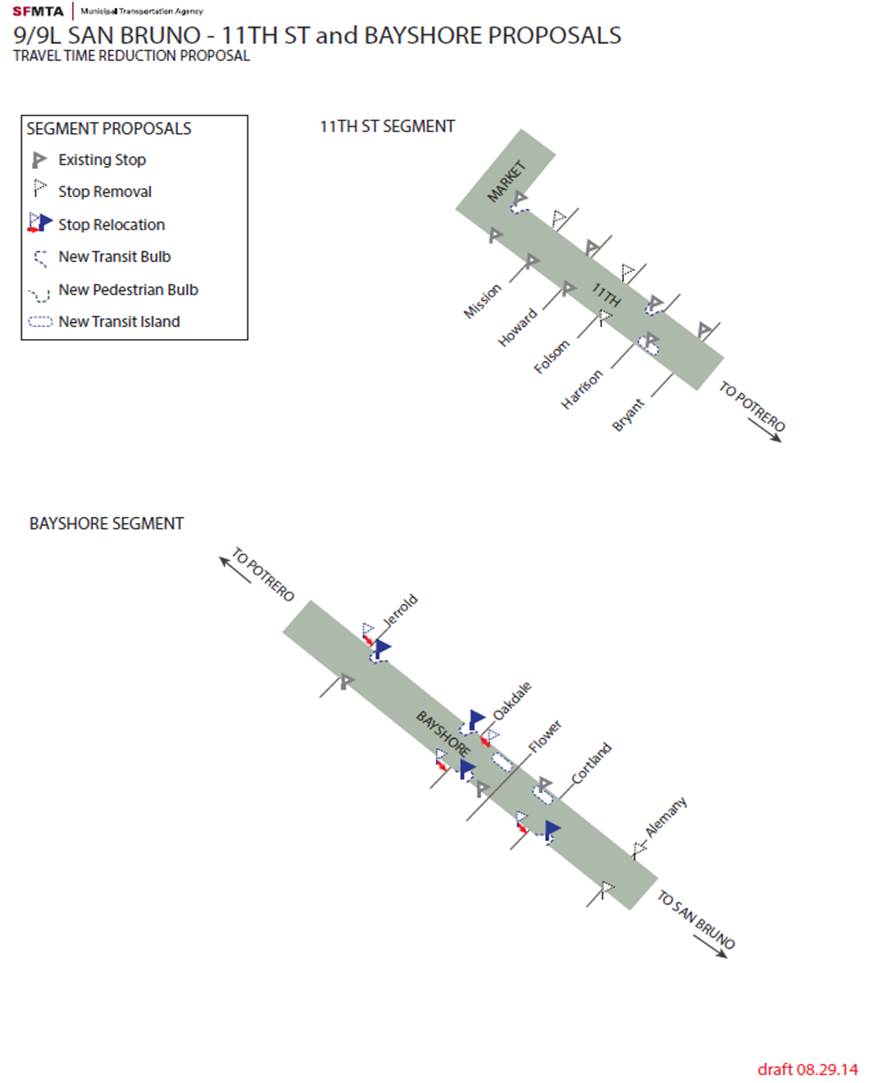 Note that approval and implementation of the following segment of this Rapid Proposal is being fast-tracked:

Specifically, this segment is proposed for fast-tracking for the purpose of coordinating with an already-scheduled repaving project, which is anticipated for initiation between the Spring and Fall of 2014.

Muni’s 9-San Bruno (Market Street to Bayshore & Alemany) line carries more than 15,000 daily customers on an average weekday.  A large proportion of these customers board at stops located within the proposed travel time reduction project study area. Within the study area, the 9-San Bruno operates at less than optimal speeds during peak periods.

On March 28, 2014, the SFMTA Board of Directors approved and legislated many of Muni Forward's proposed service and route changes, including service adjustments for the 9-San Bruno. These adjustments include route restructuring, frequency improvements, and vehicle type changes, which will direct resources where they are needed most, reducing crowding and improving connections to regional transit. 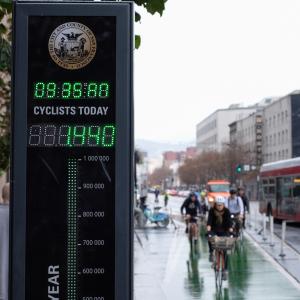