Share this: FacebookTwitterEmail
By
Rachel Hyden (no longer with the SFMTA)
Friday, June 24, 2016 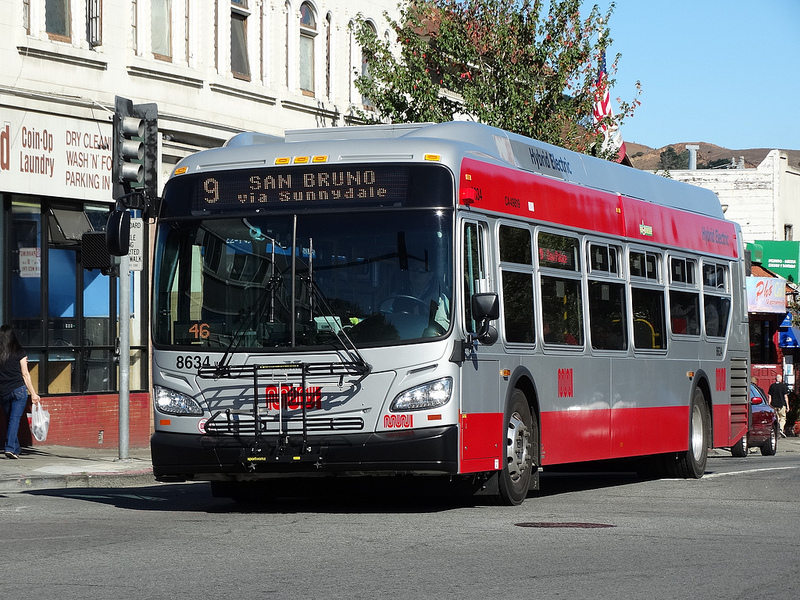 The 9 San Bruno Rapid Project will bring a quicker, more reliable ride, and a safer space to get on and off the bus for the 20,000 daily riders on the 9 and 9R San Bruno Rapid. Construction is expected to finish next spring.

The coming improvements span Bayshore Boulevard between Jerrold Avenue and Industrial Street, as well as 11th Street at Harrison. The project, approved by the SFMTA Board of Directors in October 2014, includes three key improvements to make transit safer and more reliable. 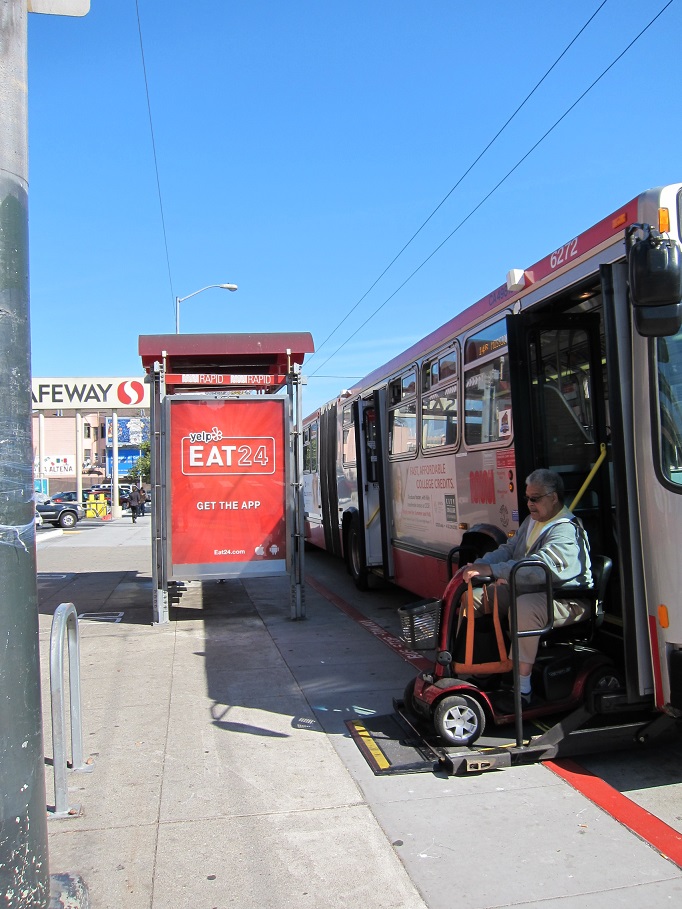 A transit bulb at Mission and 30th streets.

Transit bulbs, like the one shown above, widen the sidewalk at transit stops so buses don’t have to pull in and out of traffic, making your ride faster, more comfortable and more reliable. Transit bulbs also free up space on the sidewalk and make it quicker and easier for everyone to board – especially seniors and people with disabilities.

Transit bulbs are planned at four intersections along 11th and Bayshore: 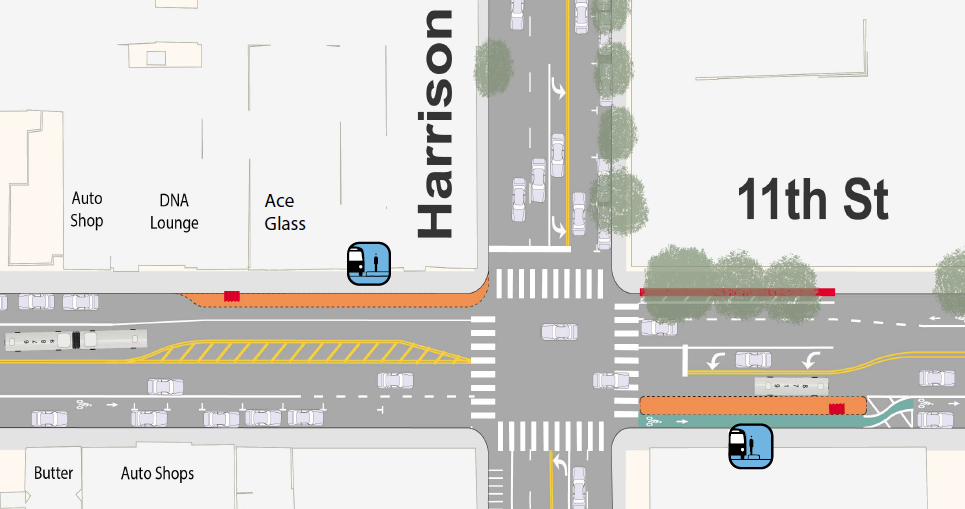 Rendering of a transit bulb and a transit island with bike channel planned at 11th and Harrison.

Transit islands provide riders a safe place to stand and allow Muni vehicles to stop in the center lanes. Transit islands along 11th and Bayshore will come with a bike lane “channel” between the island and the sidewalk curb, allowing people on bikes to pass stopped Muni vehicles without conflict.

Transit islands are coming to three intersections along 11th and Bayshore: 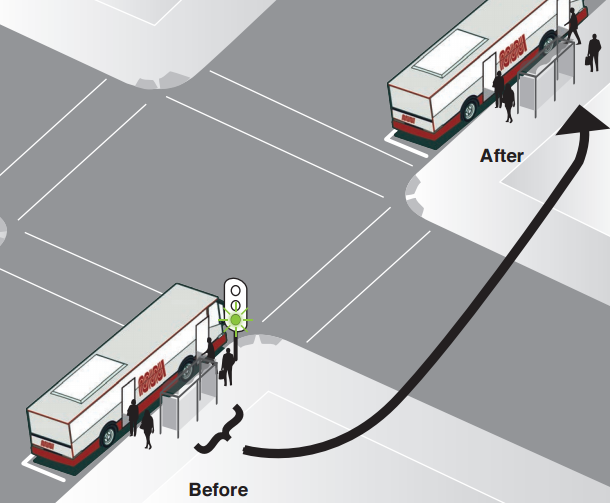 Generally, stop optimization involves moving the bus stop from one side of the intersection to the other. In locations where traffic signals are proposed or already installed, we usually place stops on the far side of the intersection so the bus can take advantage of transit signal priority. At intersections with stop signs, we move the stop to the near side so the bus only has to stop once to pick up passengers. We also take into account neighboring businesses and pedestrian travel patterns when moving stops.

Stop optimization is coming to three intersections on Bayshore:

During construction, crews will work simultaneously on both streets and Muni service may see minor delays on 11th Street. All stops in both project areas will continue to be served, though some will be temporarily moved (with posted notice). San Francisco Public Works is leading the construction. Please visit sfpublicworks.org for progress updates.

For full details on the planned changes, the intersection-level renderings are available in this PDF. A few stop removals shown on the graphics already went into effect on April 25, 2015.

The 9 San Bruno Rapid Project is just one of many efforts underway to make the 9 and 9R faster and more reliable and make streets on the route safer. The Potrero Avenue Roadway Improvement Project is currently under construction and will bring a southbound transit-only lane, green-painted bicycle lanes and wider sidewalks.

We’re also wrapping up outreach for the San Bruno Avenue Multimodal Improvement Project to make that street safer and better for all means of transportation We expect the SFMTA Board of Directors to vote on approving that project within the next few months.

All of the treatments coming to 11th, Bayshore and Potrero are part of Muni Forward’s 36 miles of transit-priority streets which have been approved or are under construction. 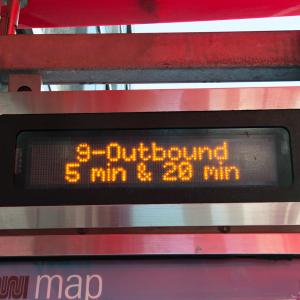