On Wednesday, April 20, from 9 a.m. to 7 p.m., large crowds will gather in Golden Gate Park's Robin Williams Meadow for the 420 Hippie Hill event.

Roads expected to be closed for periods of time and Muni buses will be rerouted away from the area. Consider walking, biking, or riding Muni to get to or around this event, as street closures and traffic congestion are expected. Parking is extremely limited. Additional Muni service will be offered between Golden Gate Park and Downtown to reduce crowding on lines servicing Golden Gate Park.

This event is 21+. People under 21 will be turned away at the gate, including accompanied minors.

If attending this event or need to travel in the area, consider walking, biking, or riding Muni. Parking is very limited. Streets will on area expected to be congested, restricted, or closed. If driving on this day, avoid this area.

The following streets are closed to vehicle traffic at all times:

The following streets may be closed depending on how crowded they are. Generally, crowds start to grow around 2 p.m. and clear by 7 p.m.:

To the event: Route 7 Haight-Noriega and N Judah.

The table below summarizes how Muni will reroute around the crowds. Service will return to normal after streets are clear.

In addition to the above rerouted lines, these routes may experience large crowds on board: 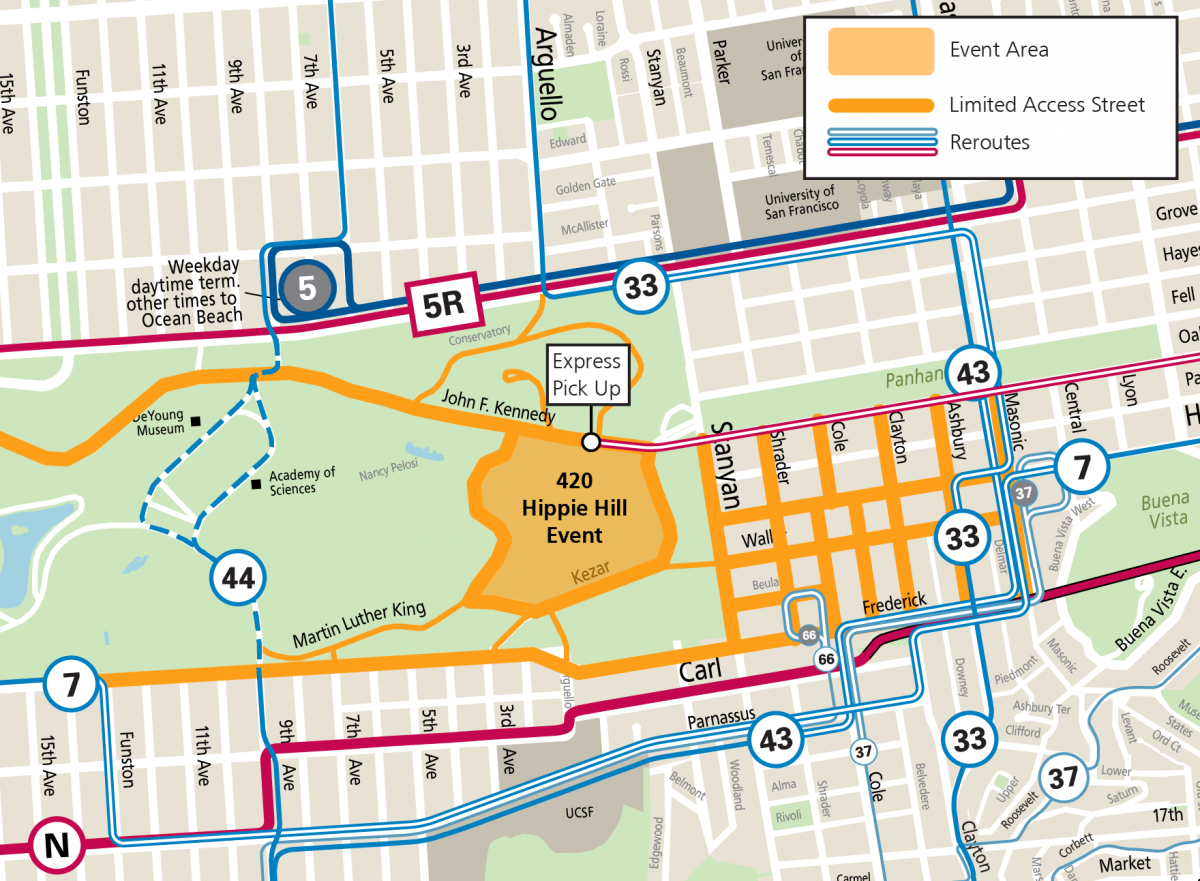