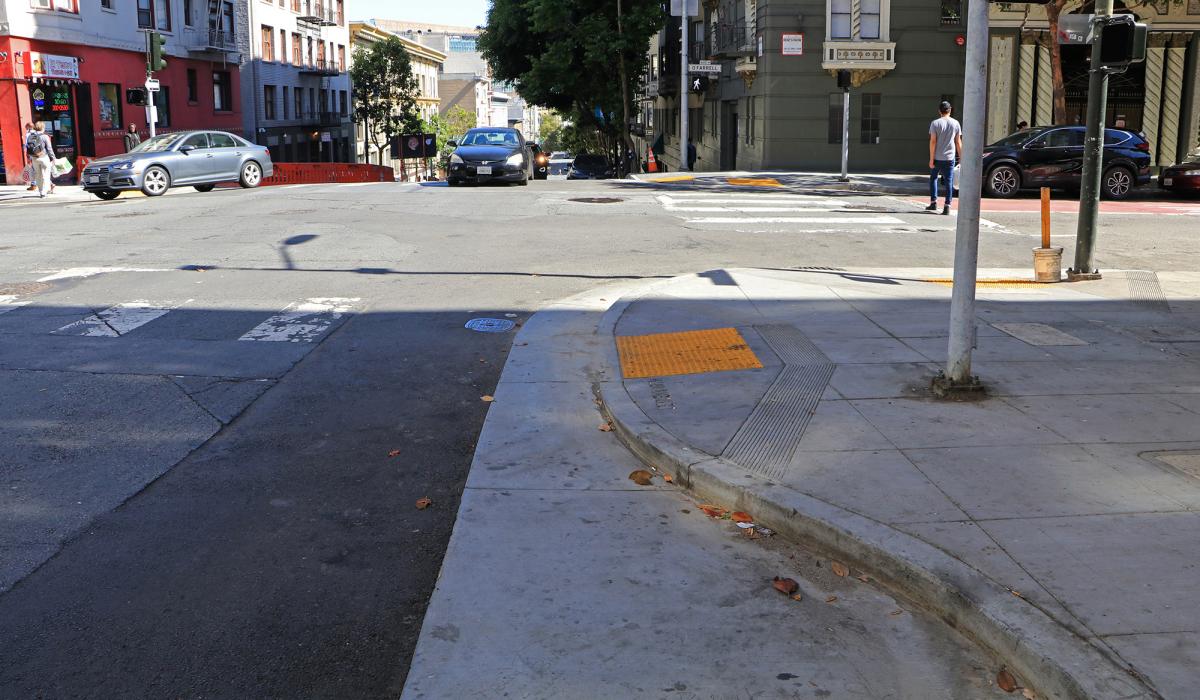 Photo: A new pedestrian bulb at O’Farrell and Leavenworth helps make the streets safer for people walking by shortening the distance to cross the intersection.

Geary Rapid Project construction is currently scheduled to continue during the shelter in place order, with crews observing social distancing requirements and a safe working environment. The following two-week construction forecast is subject to change due to weather delays or unexpected field conditions. No work is planned on Monday, September 7 as crews are observing the Labor Day holiday.

SERVICE CHANGE UPDATE: Effective as of August 22, several bus routes will be restored or extended and frequencies improved on some routes to continue to support essential trips and physical distancing. Modified Muni Metro service will also be returning.

Please a wear face covering and practice physical distancing when waiting for, boarding and riding Muni.