The Geary Rapid Project was approved by the SFMTA Board on August 21, 2018, paving the way for a better Geary. Implementation of the first set of transit and safety treatments will begin October 1, 2018 and are expected to take about four to six weeks.

What changes will happen first? 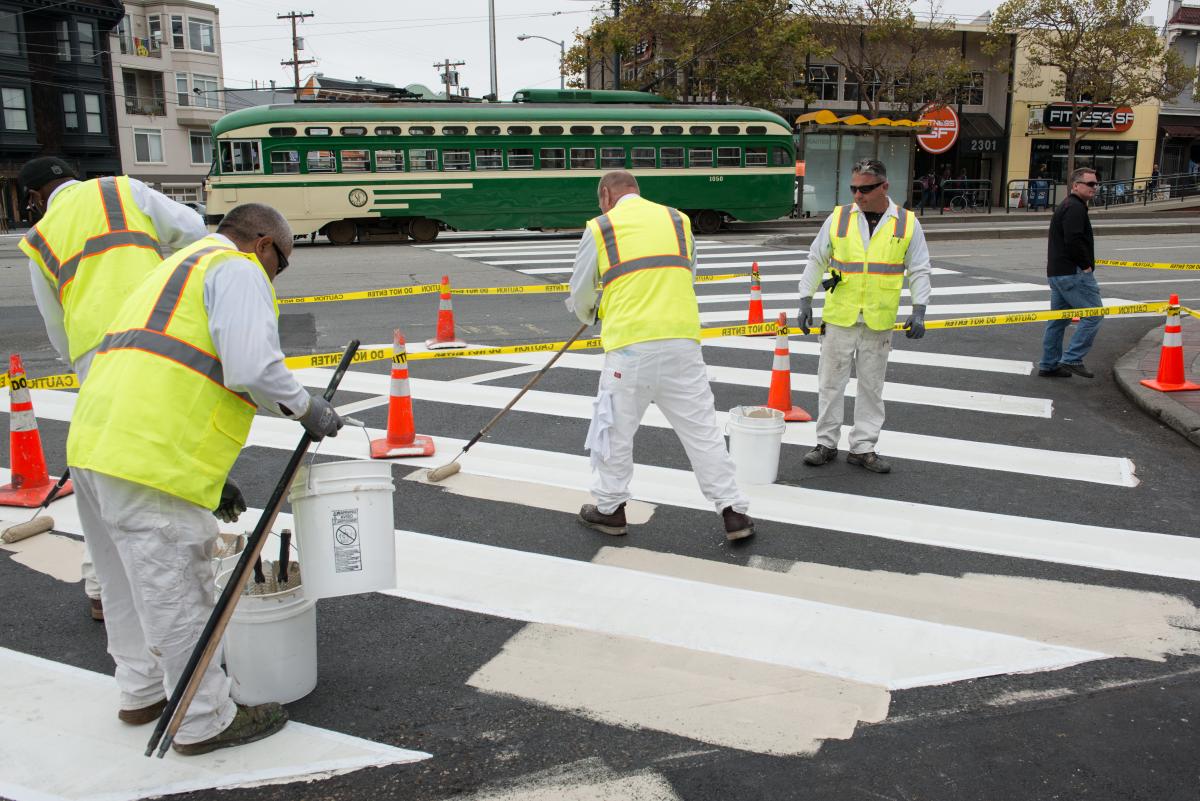 Painted safety zones provide a visual cue for motorists to slow down.

Major construction of the Geary Rapid Project is expected to begin in winter 2018 and continue until spring 2021. That work includes coordinated utility upgrades, removal of the Steiner Street pedestrian bridge and major transit and safety improvements.

Around the start of 2020, bus bulbs will be installed, which extend the sidewalk at bus stops and allow buses to remain in the travel lane. Pedestrian bulbs will extend the sidewalk at intersections and shorten the distance for people crossing the street. To minimize disruption, Geary Rapid Project construction will occur in coordination with work sponsored by partner city agencies, including roadway repaving by SF Public Works; sewer and water main replacement by SF Public Utilities Commission; and fiber optic conduit installation by the Department of Technology.

Have questions? Contact project staff throughout construction at GearyRapid@SFMTA.com or 415.646.2300.