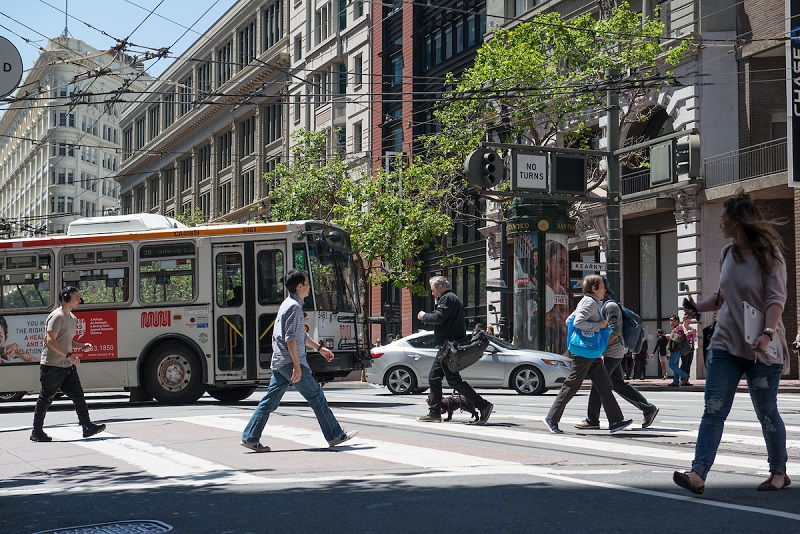 The way we travel around San Francisco continues to evolve towards a more sustainable future.

Since 2013, the SFMTA has monitored these trends by reporting the results of an annual survey about people's travel decisions and the reasons behind them. This helps us track our progress toward meeting our strategic goal of making transit, walking, bicycling, taxi, ride sharing and car sharing the preferred means of travel in San Francisco.

Making it easier for people to rely less on private automobiles is crucial if we're to achieve bold goals, such as Vision Zero – an end to traffic deaths – and dramatic reductions to greenhouse gas emissions that induce climate change.

The 2017 Travel Decision Survey [PDF] provides the latest findings from Fiscal Year 2017, which show that people continued to drive less each year and choose other options. On Tuesday, we will present these findings to the SFMTA Board of Directors.

With each year's survey, we compare our results with those from previous years to identify trends in how people get to work, school, shopping, dining and other activities.

Here are the key findings from our 2017 Travel Decision Survey.

Since 2013, the percentage of trips made using private automobiles has declined from 50 percent to 43 percent. As such, San Francisco continued to exceed its goal calling for a majority of trips to be made using more sustainable means. 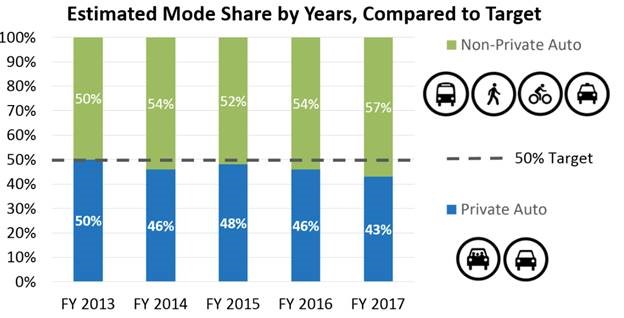 In fact, since the last fiscal year, the number of driving trips actually declined from 1.9 million to 1.8 million, even as San Francisco saw a 2 percent overall increase in the number of trips (made by any means), to 4.1 million.

*Bicycling and TNC trips have a margin of error of +/-1 percent.

Why People Drive in San Francisco

San Francisco Has a Range of Transportation Options

The shift away from driving means less traffic congestion, cleaner air and other benefits for San Francisco. U.S. Census surveys reinforce our findings and indicate that San Francisco remains a leader among American cities that are working to minimize the impact on their streets as more people commute to work.

At the same time, these findings also show that we have plenty of work to do to make walking, bicycling and transit the most attractive options. With the recent boom in TNC services on our streets, we have to do what we can to ensure that emerging technologies like these complement our city's transportation system and support our vision for a safe, healthy and equitable city.

Achieving that big-picture vision requires changes to our streets to provide amenities like bike lanes, transit lanes and wider sidewalks, and that often means short-term trade-offs, for those who drive.

But as we continue to see in studies like these, these measures work: when we make effective investments in better travel choices, more people use them. 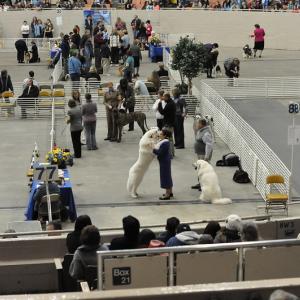 Adaptive Scooters for People with Disabilities

The Time for Justice