Skip to main content
UPDATE: The Powell Hyde Cable Car Line will be down for the rest of the day. Hyde cars will route onto the Mason Li https://t.co/4HyTGdomrB (More: 10 in last 48 hours)
Subscribe
History in Motion

Construction begins tomorrow on the major track junction at 4th and King Streets, which will establish a connection between the Central Subway and the rest of the Muni Metro System. Here's a throwback to 1904 to share a little perspective from the past about one of SF's busiest transportation areas, which is not altogether different from today. 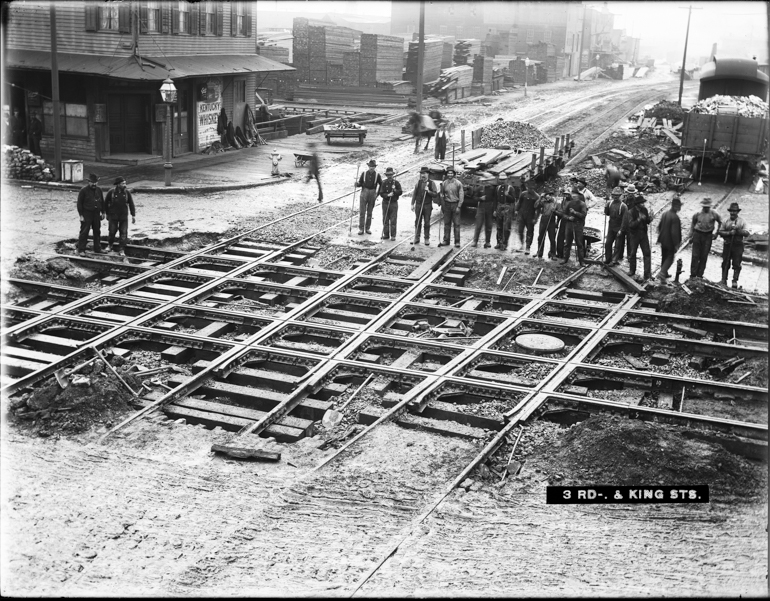 Back in '04, the freight and passenger lines of the Southern Pacific Railroad streamed into a rail yard and terminals in this area, creating a labyrinth of heavy rail and streetcar tracks. The crossing in the above photo was built so that the Kentucky Street Line (similar to today's T Third) could pass through the maze of rail to reach the southeastern edges of the city, much like tomorrow's work will connect the T to the future tracks into the Central Subway. The three sets of tracks running away from the camera are those of the railroad, the two perpendicular sets are streetcar tracks. 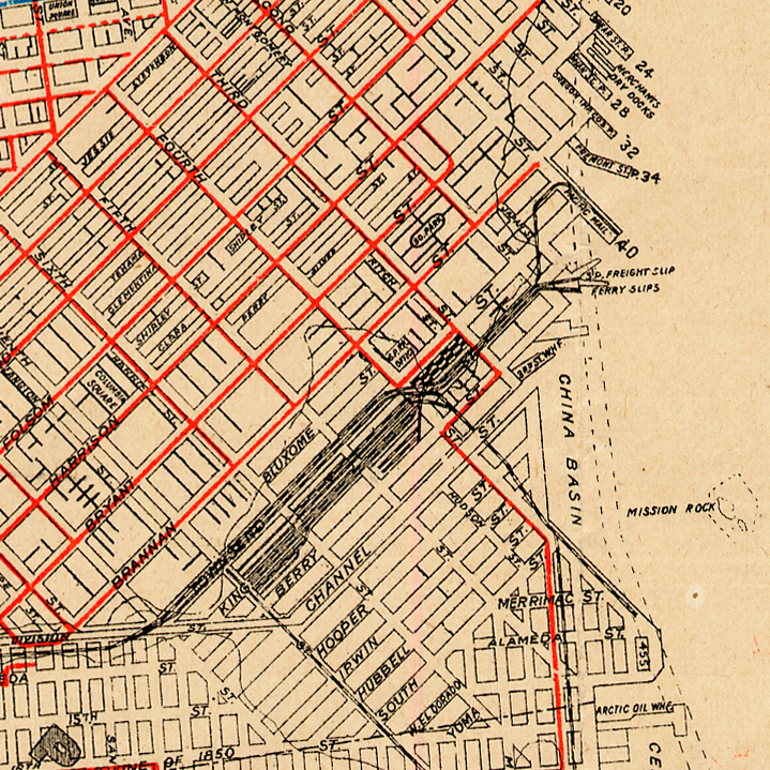 This zoom-in from a circa 1906 transit map of the city shows the extent of the rail yards, the freight slip on the waterfront, and the crossing seen above at 3rd and King (red lines are streetcar tracks). Today, autos scrambling to and from I-280 have replaced the street-level freight train traffic, and Caltrain has replaced the S&P as the passenger rail service to the South Bay, but this spot remains a major crossroads for transit of all kinds.

If you're travelling to, from or through this area during the coming week of planned construction, be sure to read up on what to expect in this MovingSF Blog post and stay tuned for the most current updates and alerts during the work. Sign-up for real-time Muni Alerts on email or text, or follow @sfmta_muni on Twitter.