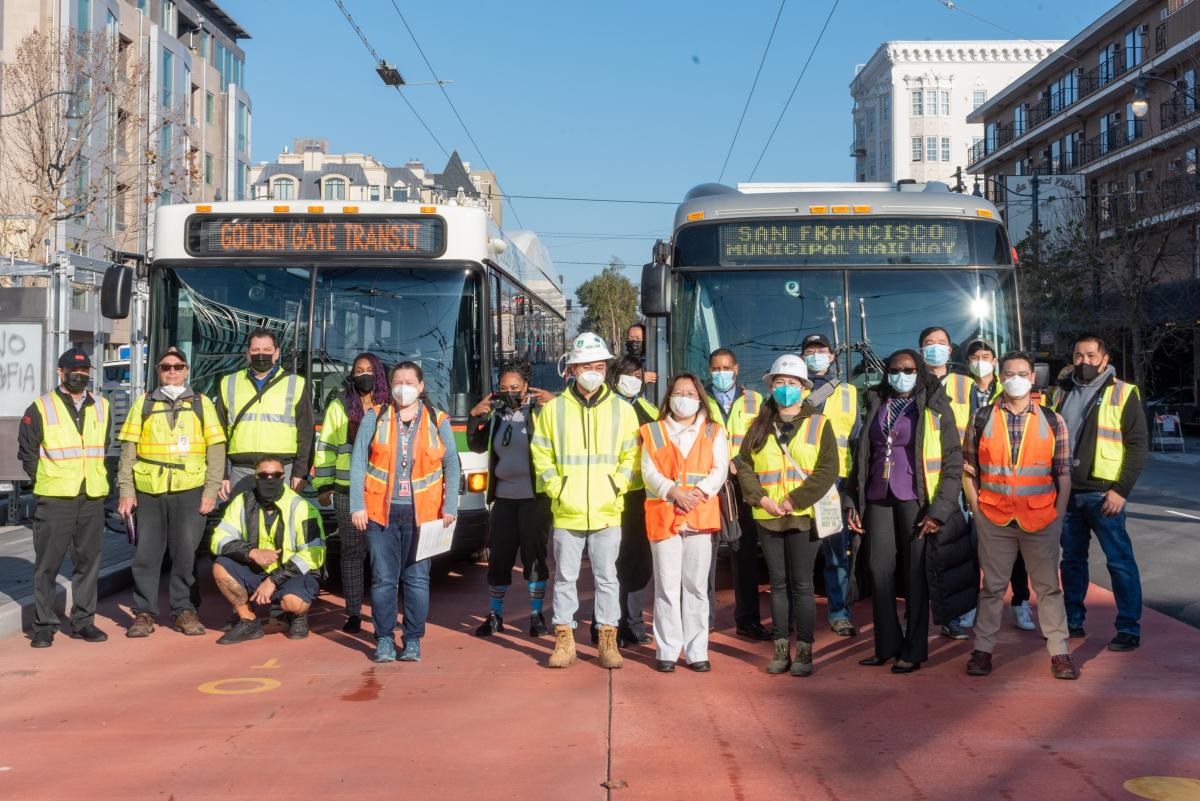 Staff from Muni and Golden Gate Transit in front of revenue vehicles before testing begins.

Since most Muni operators are new to operating a bus on a BRT corridor, operators will be trained on the new system over the coming weeks. To ensure that their training is as robust as possible, trainers from Muni and Golden Gate Transit participated in the testing activities to see what additional skills operators will need to learn.

We know that this project has been a long ride for the community, and we are eagerly preparing for several opening activities to celebrate the new BRT corridor. These will include a ribbon-cutting, lighting of the public light sculpture, family-friendly activities and ways to support Van Ness businesses.

During testing, our ambassadors heard lots of positive feedback from people walking. A parent remarked that it would be easier to take her daughter to school on the bus, while someone else noted that an ambulance successfully used the red lanes to cut through traffic, saying, “Wow! I didn’t think about it until now, but I see how this is not only good for those of us riding the bus, but also really good for emergency services!” Someone else commented that the BRT system, despite delays, “was well worth the wait.”

In the meantime, there remain a few more specific turns that need to be tested, so if you see buses in the median, please do not attempt to board them. Sidewalk signage is directing customers to the correct stops that are currently boarding from the sidewalk curb. We look forward to welcoming you aboard buses in the BRT corridor in just a couple of months. 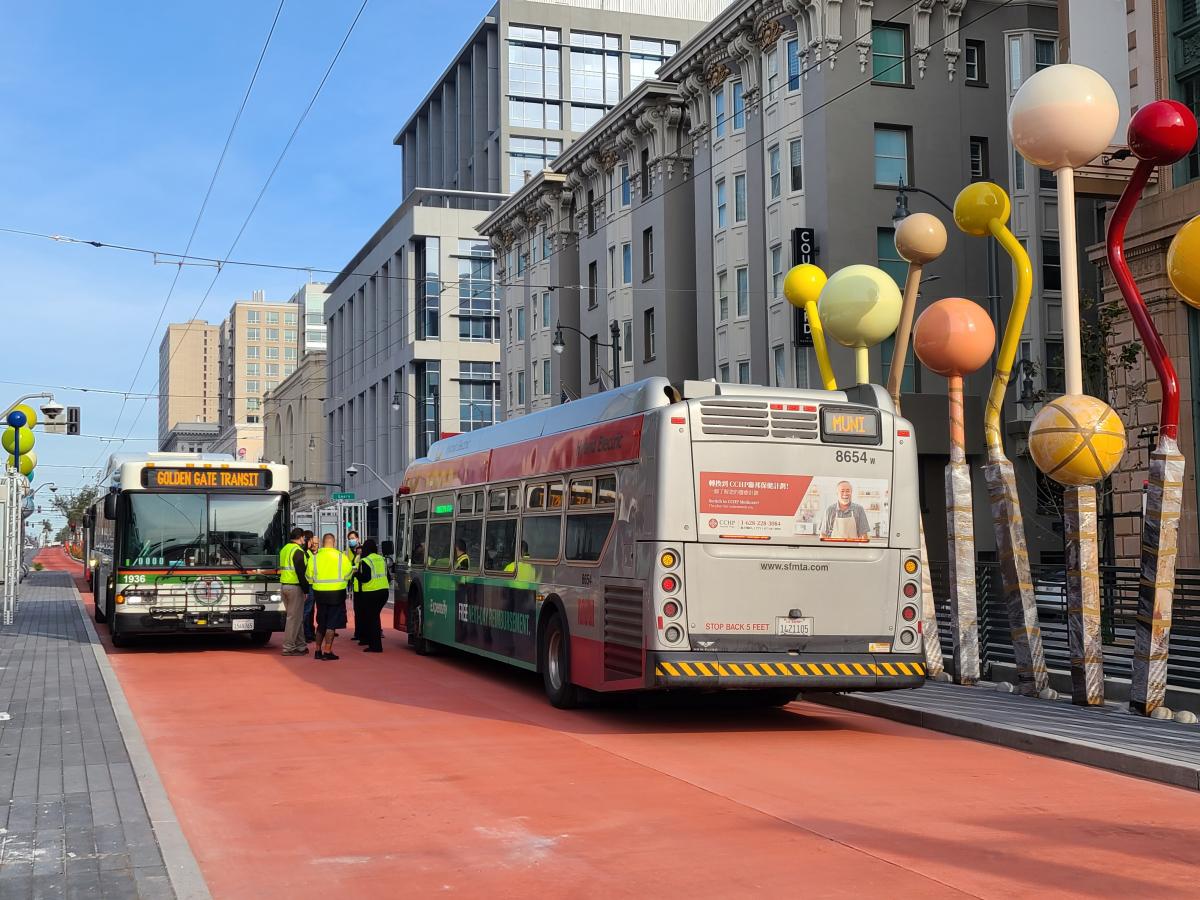 Staff measure passing distances between a Golden Gate Transit bus and a Muni bus at the Geary-O'Farrell BRT stop, where public artwork is being installed. 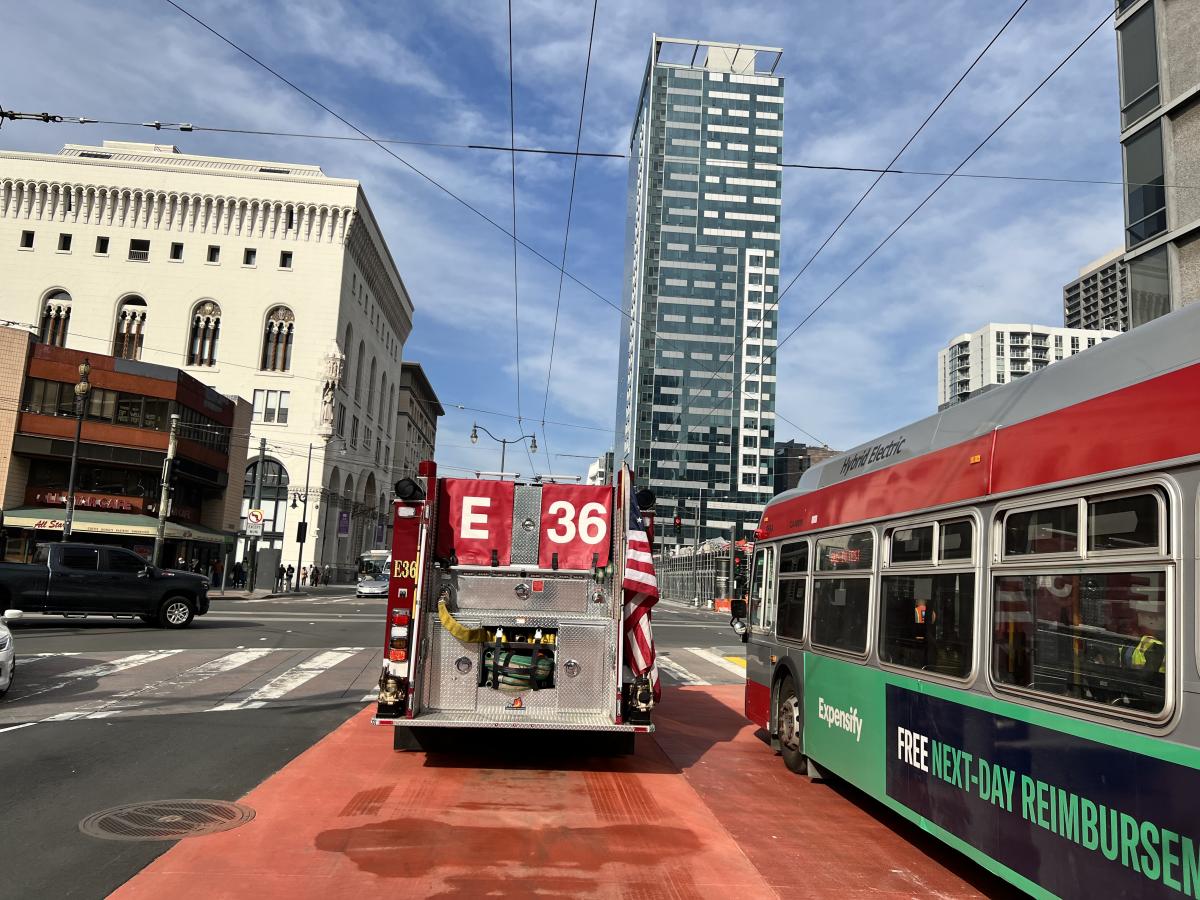 A fire truck uses the red lanes to bypass traffic on Van Ness.